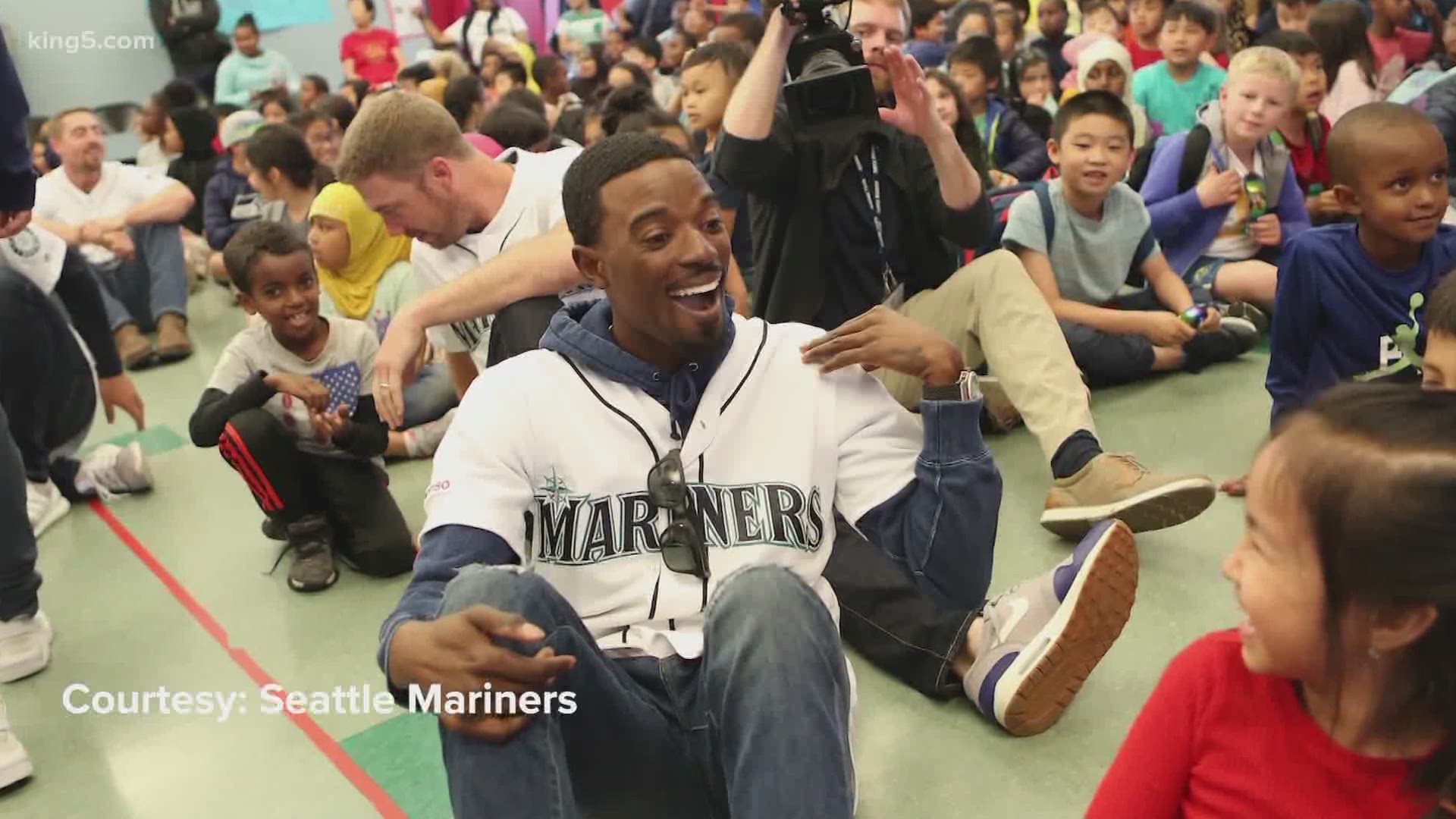 SEATTLE — Despite Major League Baseball on hold because of the novel coronavirus (COVID-19) pandemic, Seattle Mariners' Dee Gordon was honored Thursday with the prestigious 'Hutch Award' by the Fred Hutchinson Cancer Research Center.

The award has been around for more than a half-century and goes to "the player who best exemplifies the fighting spirit and competitive desire of Fred Hutchinson.” Hutchinson was a longtime MLB pitcher and manager who died of cancer at the age of 45.

Gordon, a two-time All-Star, was honored for his work to support victims of domestic violence through his Flash of Hope program. Gordon's mother, De'Vona Strange, was shot and killed by her boyfriend when Gordon was 7 years old.

"This is a huge honor," Gordon told KING 5's Jake Whittenberg from his home in Florida. "I think I only caught one baseball in my life when [my mom] was alive. So, she didn't even see me play baseball."

Gordon also works with a variety of charities in the Seattle area to support children in troubled households, including Dawn Rising and Striking Out Poverty.

"I want these kids to know life isn't over," explained Gordon. "Even though your number one fan might be gone, you can still make something of yourself. It doesn't have to be in sports, just in life."

Gordon posted a “thank you” video on his Twitter page in response to the 'Hutch Award' honor.

With the baseball season still on hold, Gordon said he's doing his best to stay in shape without trainers. But, the unexpected break is a blessing in disguise in some ways.

Gordon married his wife in December and the couple had a baby a week before he was supposed to go to Spring training and start the long season away from home.