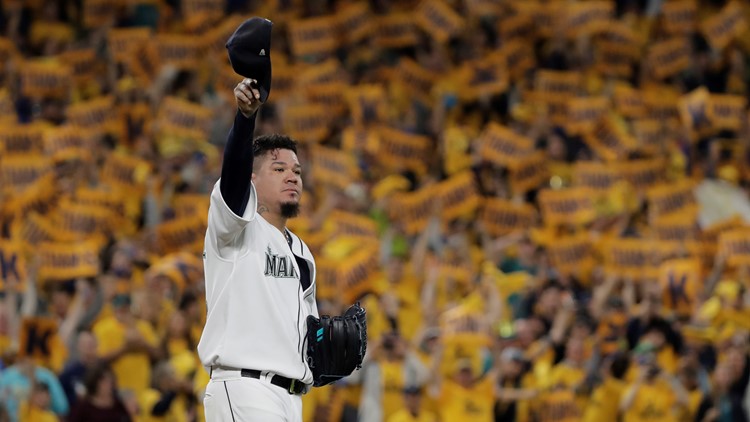 Photo by: AP
With the "King's Court" cheering section behind him, Seattle Mariners starting pitcher Felix Hernandez tips his cap as he takes the mound for the team's baseball game against the Oakland Athletics, Thursday, Sept. 26, 2019, in Seattle. The game is Hernandez's final start of the 2019 season. (AP Photo/Ted S. Warren)

There already had been an expected duel for the No. 5 spot between Hernandez, Sean Newcomb, Kyle Wright and recently signed Josh Tomlin.

Hernandez said Thursday as the Braves worked out their pitchers and catchers that he feels really good and has no complaints.