The Seahawks season ended Saturday, but college football came back this week for some Washington universities. 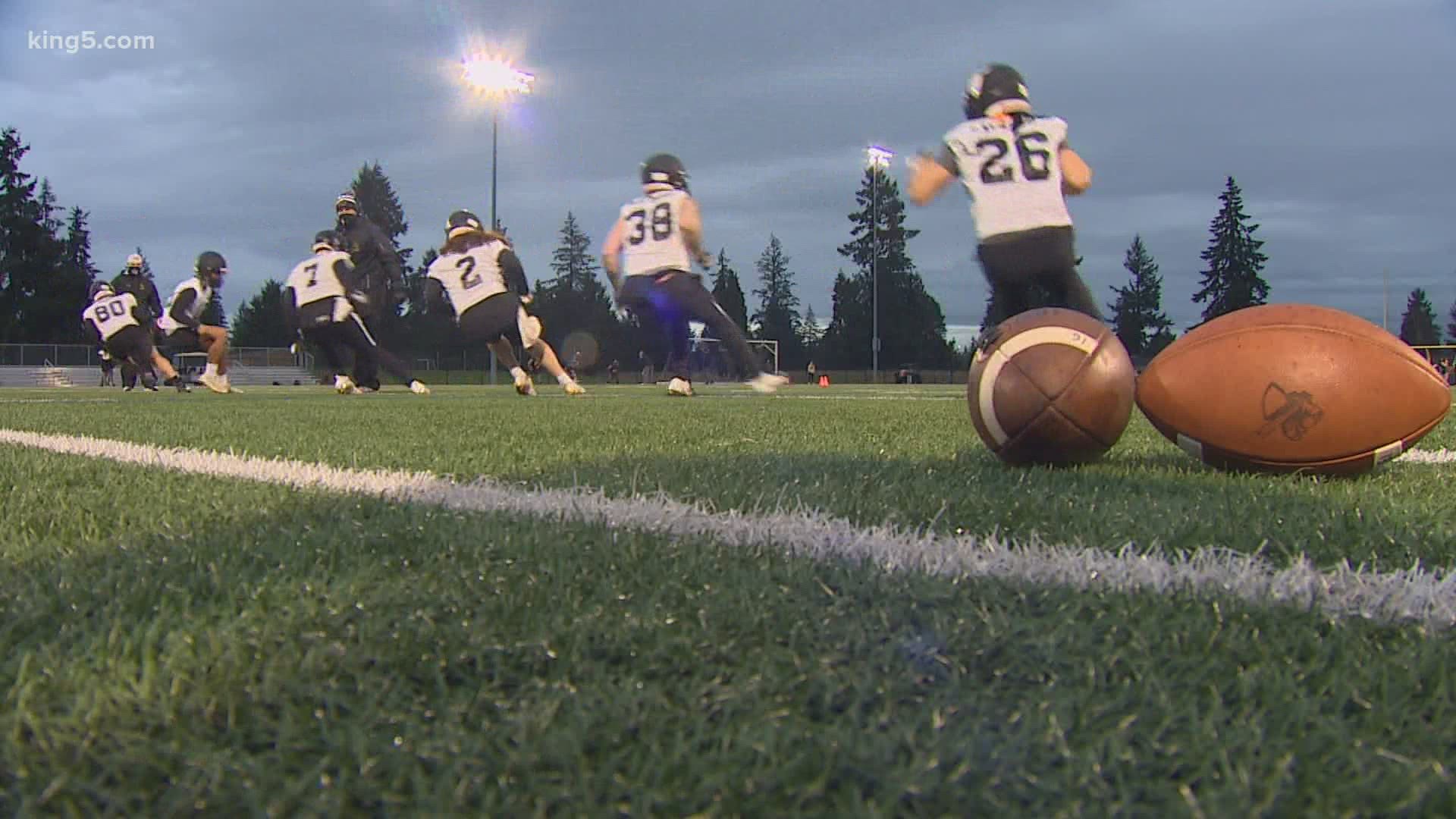 The University of Puget Sound (UPS) Loggers had their first football practice of the season on Wednesday. Their season was postponed in the fall due to the coronavirus pandemic. Now they're gearing up for a 4-game season that begins Feb. 6.

The Loggers are an NCAA Division 3 school in the Northwest Conference.

Twelve miles away, there is excitement in the air at Pacific Lutheran University (PLU). The Lutes were back on the football field for the first time in 423 days on Tuesday.

"I'm very excited to be back out here, especially as a senior, I can't wait to get going and to get playing with my teammates," said PLU running back Cody Brown.

"I'm speechless, it feels so good to be back," said Coach Brant McAdams, now in his third year as the Lutes' head coach.

McAdams said the uncertainty of the season was tough on his players and the coaching staff. He said the PLU athletic department has done a great job keeping health and safety as the top priority as they also get their student-athletes back on the field.

The Lutes currently have 17 seniors on the roster. While the players have been granted another year of eligibility, many of the seniors are on track to graduate and they may decide to move on. So getting the chance to play the sport they love, even if it's just 4 games, means a lot to the team, especially the seniors.

The Lutes will kick off their season at UPS as they face their rivals, the Loggers.

The other team joining PLU and UPS is Whitworth from Spokane. Right now, no fans will be allowed at the games, but that could change if regional restrictions change.