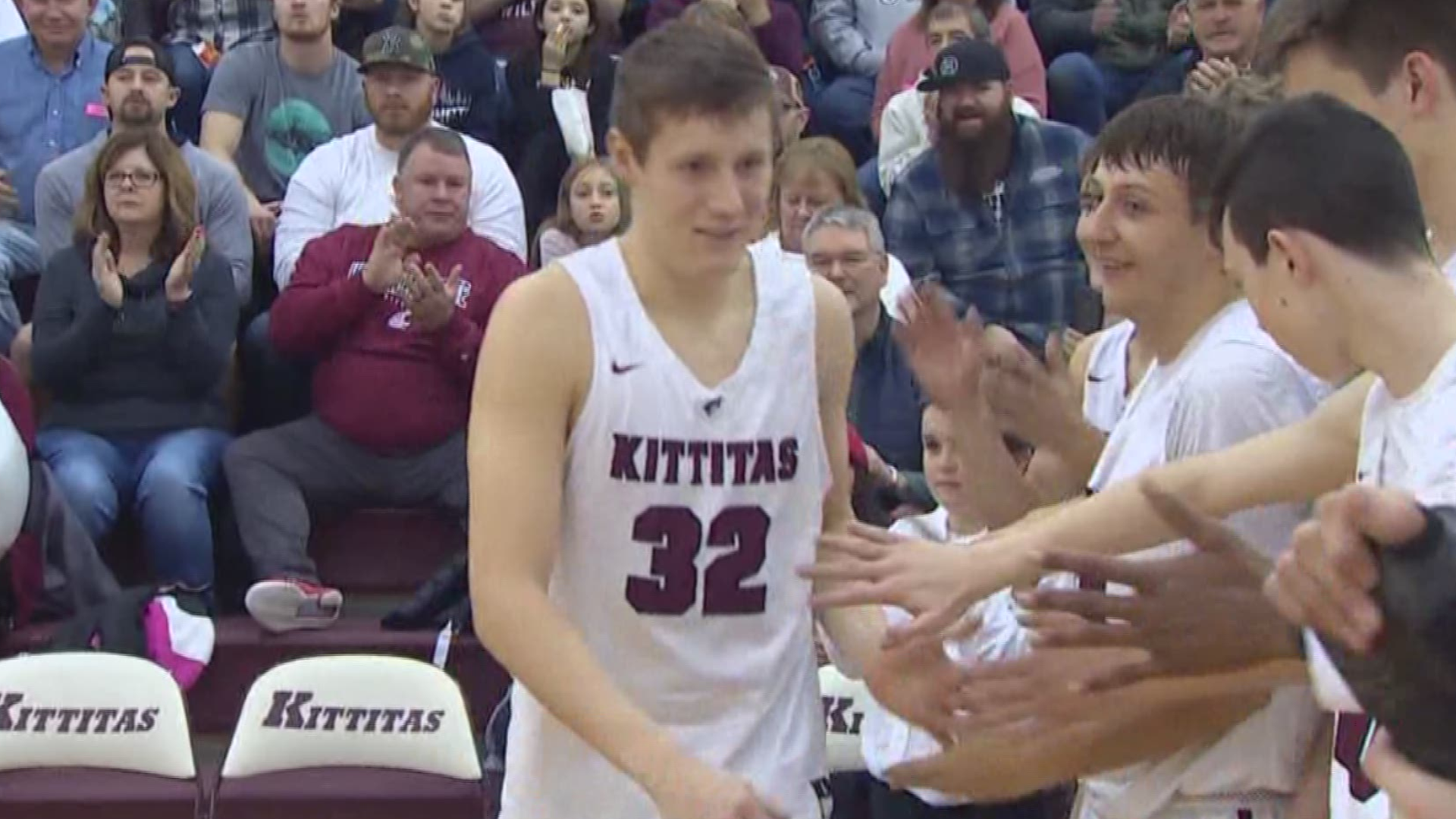 Over the past decade, the Gonzaga Bulldogs have done an excellent job of getting some of the top players in the state to attend Gonzaga. This year they found their future point guard, Brock Ravet, in the heart of Washington.

Along the I-90 corridor just east of Ellensburg you'll find the sleepy little town of Kittitas. It's a peaceful town with endless acres of fields, two gas stations, one diner, one high school, and one very good boys’ basketball team.

The Kittitas/Thorp Coyotes have become a 2B dynasty. In 3 years, they have 69 wins, only two losses, and won back to back state titles.

Ravet has been a big part of those wins. He averages 29 points, nine rebounds and 10 assists a game. Carl Howell from the Washington Supreme coached Ravet on his summer league team.

“Brock is the ultimate point guard. He scores so much that people like to talk about his scoring, but I still think his best gift is his passing ability,” said Howell.

Tim Ravet is not only Brock’s proud dad, but he’s also his high school coach.

"Brock put a lot of time in, especially at a young age. It's almost like riding a bike. I think the skill part was done at such a young age that the feel of the game comes easier to him because he is not worried about where he's at on the court, he's able to play with his head up and see the floor,” he said.

Brock says his dad had him dribbling a basketball before he could even walk, but it was some early trips to Seattle that really fired up Brock's passion for basketball.

"We actually went to a lot of Seattle Sonics games when he was young and being at those games, watching Gary Payton, Brock just got exposed to watching good basketball, and in his mind that’s the way you are supposed to play,” said Tim Ravet.

But the Sonics were not the only team in the state fueling Brock's love of the game.

"Gonzaga has just been my dream school, I've just grown up watching them. We went to the sweet 16 with them when I was younger,” said Brock.

He wanted to play for Coach Mark Few, and after the 2016 state title game that started to become a possibility.

"One of the professors at Gonzaga University was at the state title game when we won in 2016 and Brock had 46 points, so that guy went back to campus and told the coaches that they need to look at this kid,” said Tim Ravet.

Four months later Brock attended a basketball camp at Gonzaga. They offered him a scholarship, and he didn't think twice, accepting it on the spot.

"As a sophomore when you get that kind of a look, it's like meeting your girl in 7th grade that you want to marry, it's the perfect situation," said Tim Ravet.

Brock says it’s a dream come true, but he worked hard to make it happen.

Brock Ravet is living proof you don't need to play for a powerhouse high school to get noticed. Even kids from small little towns can dream big.

On Tuesday, Brock scored 35 points. He is now only 19 points away from becoming the all-time career points leader in Washington state high school basketball history.