Emma Pollak is currently the fastest girl in Washington state. 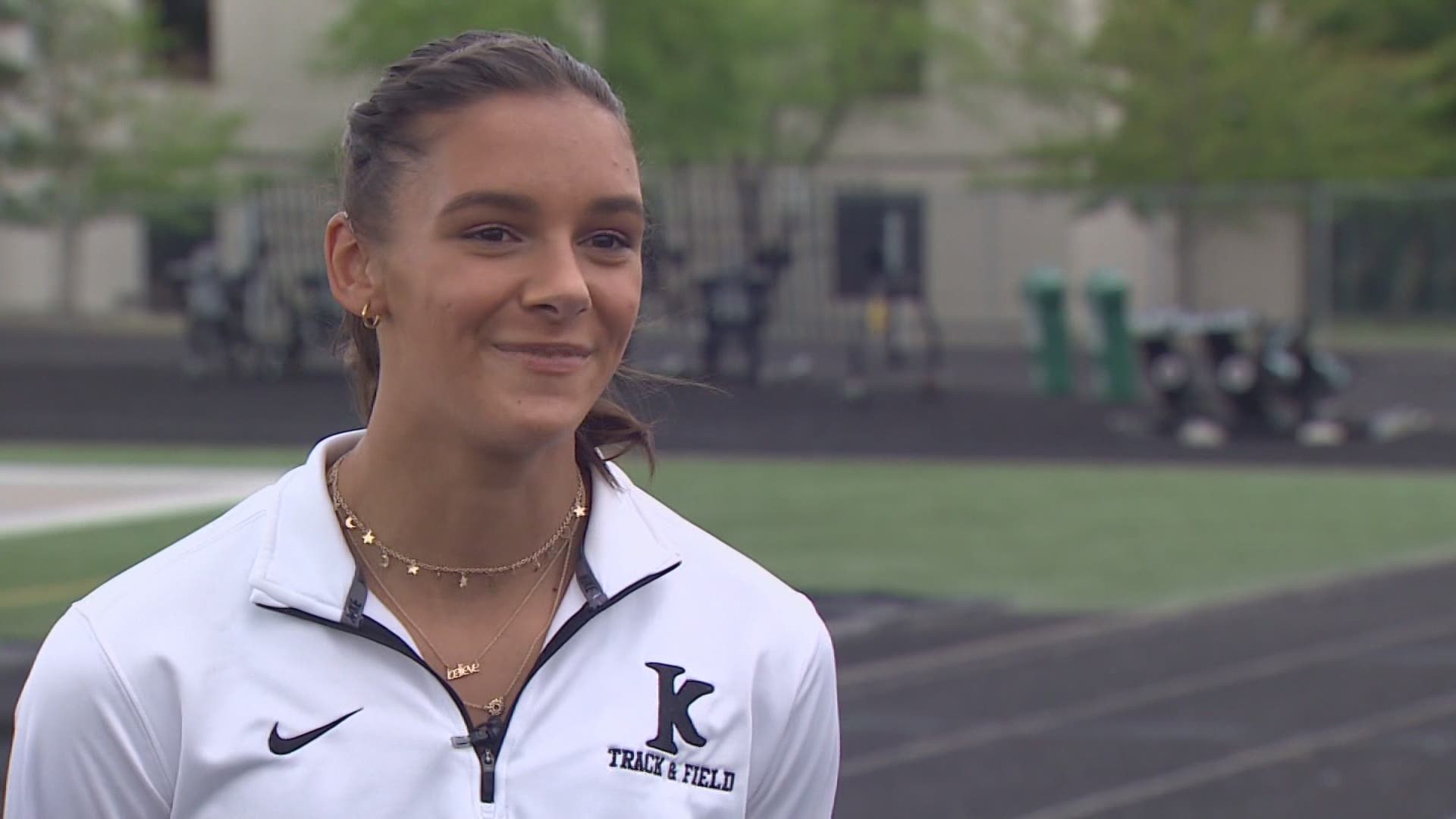 KENT, Wash. — High school kids would have been wrapping up the spring sports season with the state championships over the Memorial Day weekend, but the pandemic has put a damper on sports over the last year.

Kentwood senior Emma Pollak would have been a favorite to win four state titles at the track and field championship, but the pandemic forced her to miss two championships. Still, she has found a way to leave her mark.

Emma Pollak is currently the fastest girl in Washington state.

"She's not tapped out at all. She's just starting to get into it," said Kentwood track coach Rob Thomas. Thomas has been coaching track at Kentwood since 2011. "She (Emma) started developing some explosiveness, she has outstanding form, she's very well rounded, she's got speed as well as strength and endurance," continued Thomas.

Emma grew up playing soccer and basketball, but once she got on the track as a freshman, she was hooked.

"So, my sister was actually doing track at Kentwood to0 when she was a senior and I was a freshman, and saw it's like, well I might as well just do it with her and be on the team with her, and I really like to run, and I just fell in love with it after that and hurdles were just so much fun," said Emma Pollak.

Emma took to the hurdles like a natural, but it was in the 400 meters where she broke the school record as a sophomore. Then, in the 4 x 200 relay she helped Kentwood win a state title that same year.

“The pressure of handoffs and anything could go wrong in a relay, but we really pulled it together and we were almost close to the school record on that, but I mean we still won the state title so that was really exciting," said Emma Pollak.

Emma placed 2nd in three other events and was riding high heading into her junior year when the pandemic hit and canceled the track season. But that didn't slow her down -- she worked out with friends and even her mom, who competes in Iron Man events.

"She continued to work out every single day, put in the work and try to keep a real positive attitude," said Jess Pollak, Emma's mom.

"She started lifting weights in the fall, and just really put in the time both on the track and in the gym to get stronger to get faster," continued Emma's dad, Chris Pollak.

"No drama, she just clocks in and clocks out, puts in everything she's got," said Thomas.

It all paid off during this spring’s shortened season.

Emma set school records in the 100 and 300-meter hurdles and earned a scholarship to run for the University of Colorado.

"It just is nice, being recognized for the hard work I put in, and it just is really gratifying," said Emma Pollak

What also feels good is the fact Emma was able to finish her four years at Kentwood with a 4.0 GPA. She will be one of the five valedictorians at graduation.

"I mean, sports can't get you everywhere so, I've always taken pride in my grades and doing well and just working really hard," said Emma Pollak.