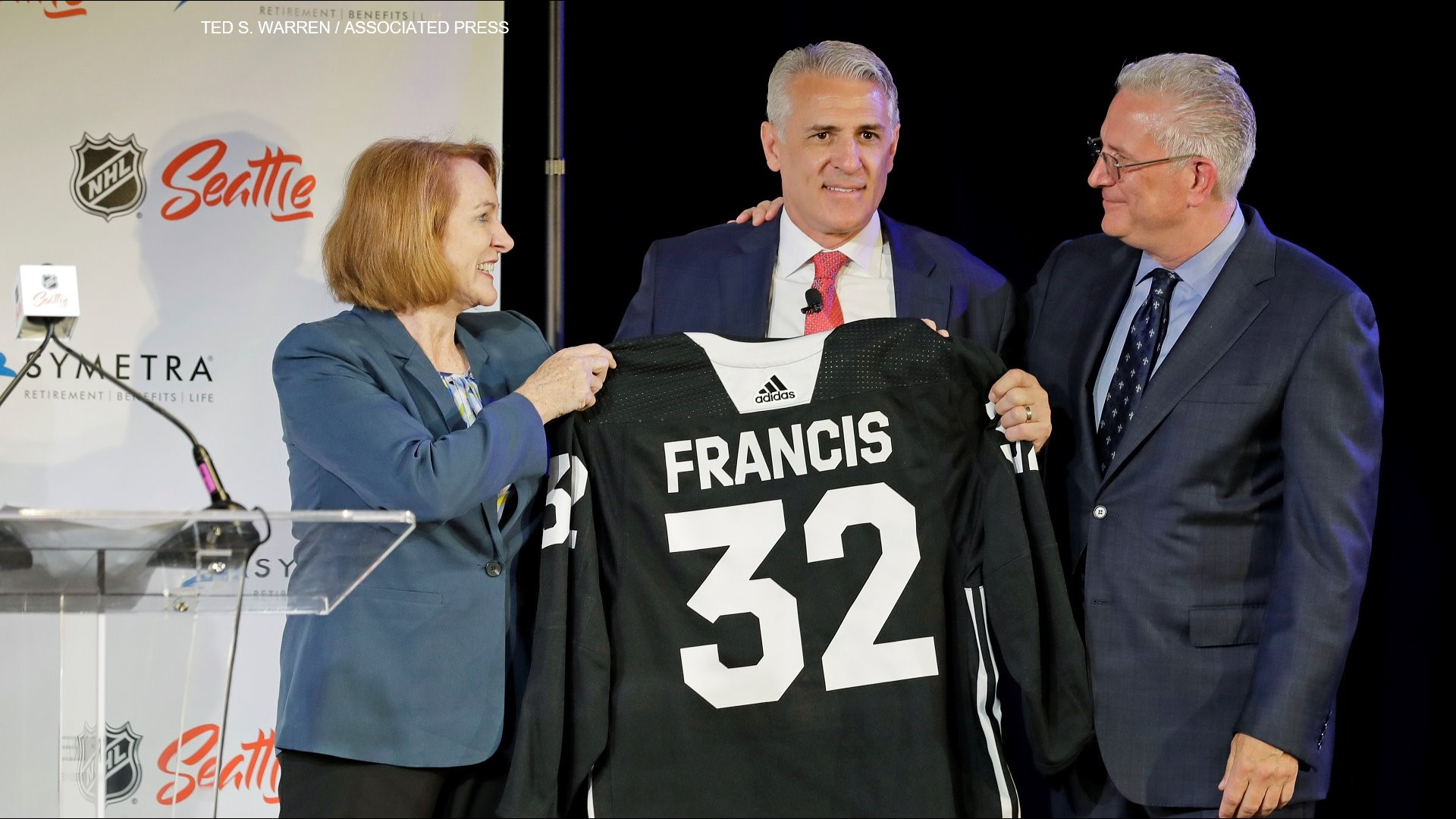 SEATTLE — Editor's note: the video above is from a previous conversation with NHL Seattle GM Ron Francis.

"[It's] something that needs to be stressed," acknowledged Ricky Olczyk, NHL Seattle's Assistant General Manager, at a forum Wednesday night at the Pacific Science Center. This was Olczyk's first public comments since joining the Seattle squad earlier this month.

He was flanked by General Manager Ron Francis, and NHL Seattle's Director of Hockey Operations Alexandra Mandrycky, who also made her first public comments since joining the franchise this summer to focus on the analytics.

She led most of the conversation at the "Science of Sports and Entertainment" program, the third such forum held by NHL Seattle at the facility this year.

Mandrycky explained to the packed house what could be considered advanced algebra in the world of hockey math, and how she plans to use it to evaluate players for the squad before they officially take the Seattle ice in 2021.

They are terms like "expected goals" and "predictability" that weren't necessarily used when Francis began his hall-of-fame career so many years ago. As Mandrycky noted, missed and blocked shots weren't even measured in the NHL in 2005, but are just one method for helping to break down "ice time" for players, who work in shifts of "ideally 35 seconds."

It will all be currency, the red and black clad group admitted, when building the team and staying within the salary cap.

Olczyk will be in charge of the salary cap, and cited how the advanced metrics will factor in to how he manages the money.

"Certainly a check and balance," said the new Assistant GM.

Francis also told the packed house of hockey fans at the Science Center that he'll be racking up the miles over the coming year, scouting every level of domestic and international hockey, noting trips to big tournaments in Helsinki, and even lower level games in places like Everett and Kent.

"We're looking at Under-17 kids and trying to project them in [our] draft," he said.

The advanced math lesson followed a significant announcement earlier Wednesday about the team's hiring of it's first five scouts, including Olympic Gold Medalist and Hall of Famer, Cammi Granato. She is believed to be the first female professional scout in the NHL.

Francis told the crowd, "I didn't hire her because she's female. I hired her because of her resume."

It drew the biggest applause of the night.