Oshie grew up in Skagit and Snohomish County; Barzal won a title with the Seattle Thunderbirds. 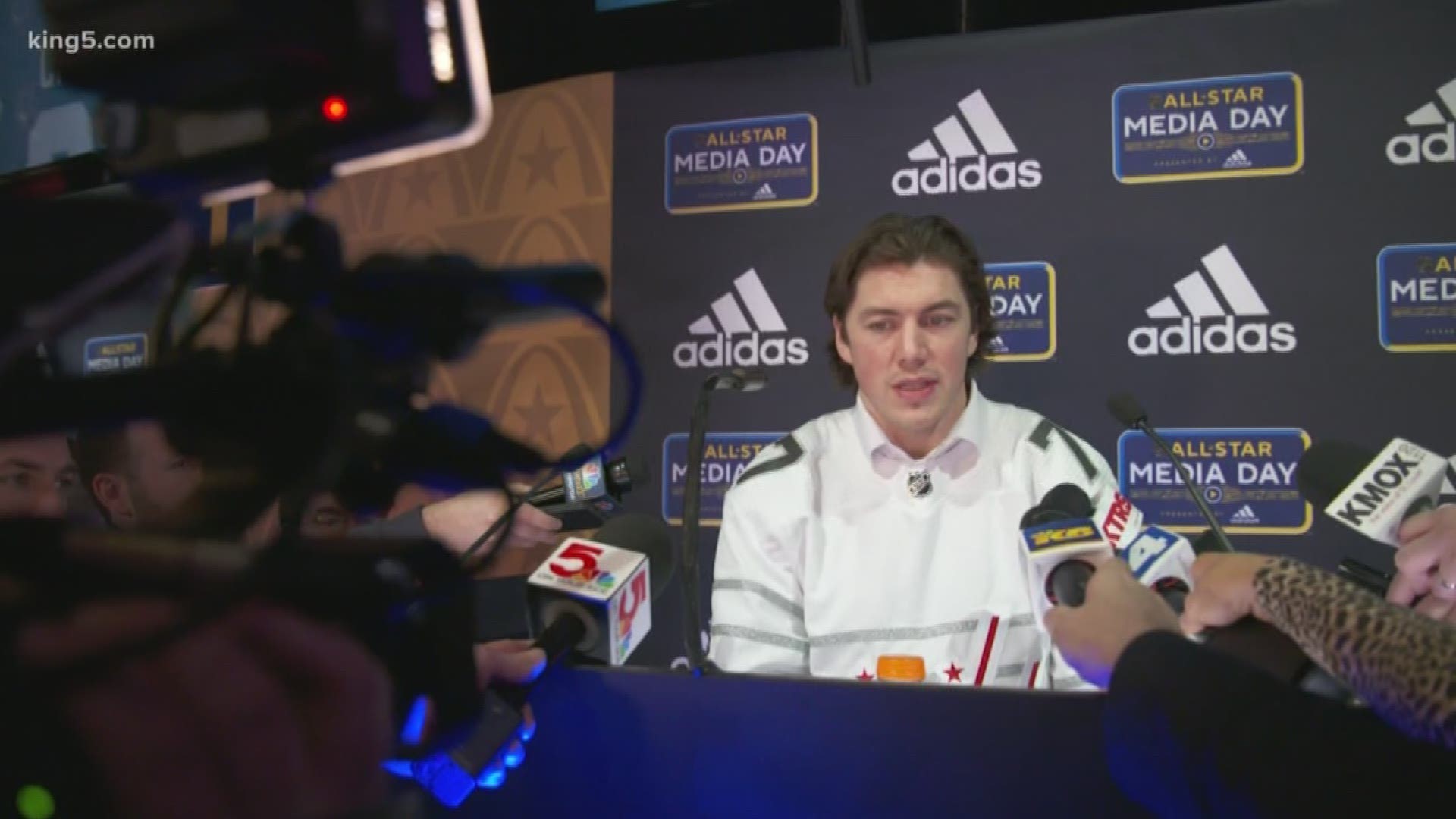 As the snow fell on St. Louis Thursday, a small gathering of National Hockey League Seattle officials dodged the flakes to observe an event that might one day come to the Emerald City.

Call it a fact-finding mission, as the franchise finalizes plans on a team name and set of colors for Seattle. But there won't be a major announcement during the NHL All-Star game this weekend, as many have suggested.

But the parlor game does have people guessing in the "Show Me State" and talking about the future.

“How about the Grinders?” joked one fan at the Fan Fair, which opened on Thursday night. “What about the Seals?” said another.

All-Stars TJ Oshie and Mat Barzal are probably watching a bit closer than other players.

Oshie grew up in western Washington and famously played for the Seattle Juniors, bouncing around rinks in Mountlake Terrace, Lynnwood, and the like. Barzal was a member of the Seattle Thunderbirds as a teen in Kent.

“It’ll be great, right there downtown,” said Barzal, who now plays for the New York Islanders, talking about the New Arena at Seattle Center.

The 22-year-old attended Kentwood High and says he stays in touch with his billet family in Kent.

Oshie, who played in St. Louis, before moving to the Washington Capitals views this weekend as a bit of a reunion.

He’ll get to see old Missouri friends, and his dad Tim is flying in from Everett to watch his son play in the marquee event.

Tim Oshie is battling Alzheimer’s and doesn’t travel to games like he used to.

“I hope they know how thankful I am for all those (childhood) road trips,” TJ Oshie said, reflecting on his time in western Washington and his hockey coaching father.

TJ says he and his father will get to spend some quality time together in St. Louis. “It’ll be special to spend that time with him.”

Meanwhile, it appears Amazon could land the naming rights for the New Arena at Seattle Center. The Sports Business Journal first reported the news Thursday afternoon.