Mat Barzal goes from Kent to the NHL All Star Game

Mat Barzal, the National Hockey League's Rookie of the Year, got his start with Seattle Thunderbirds. 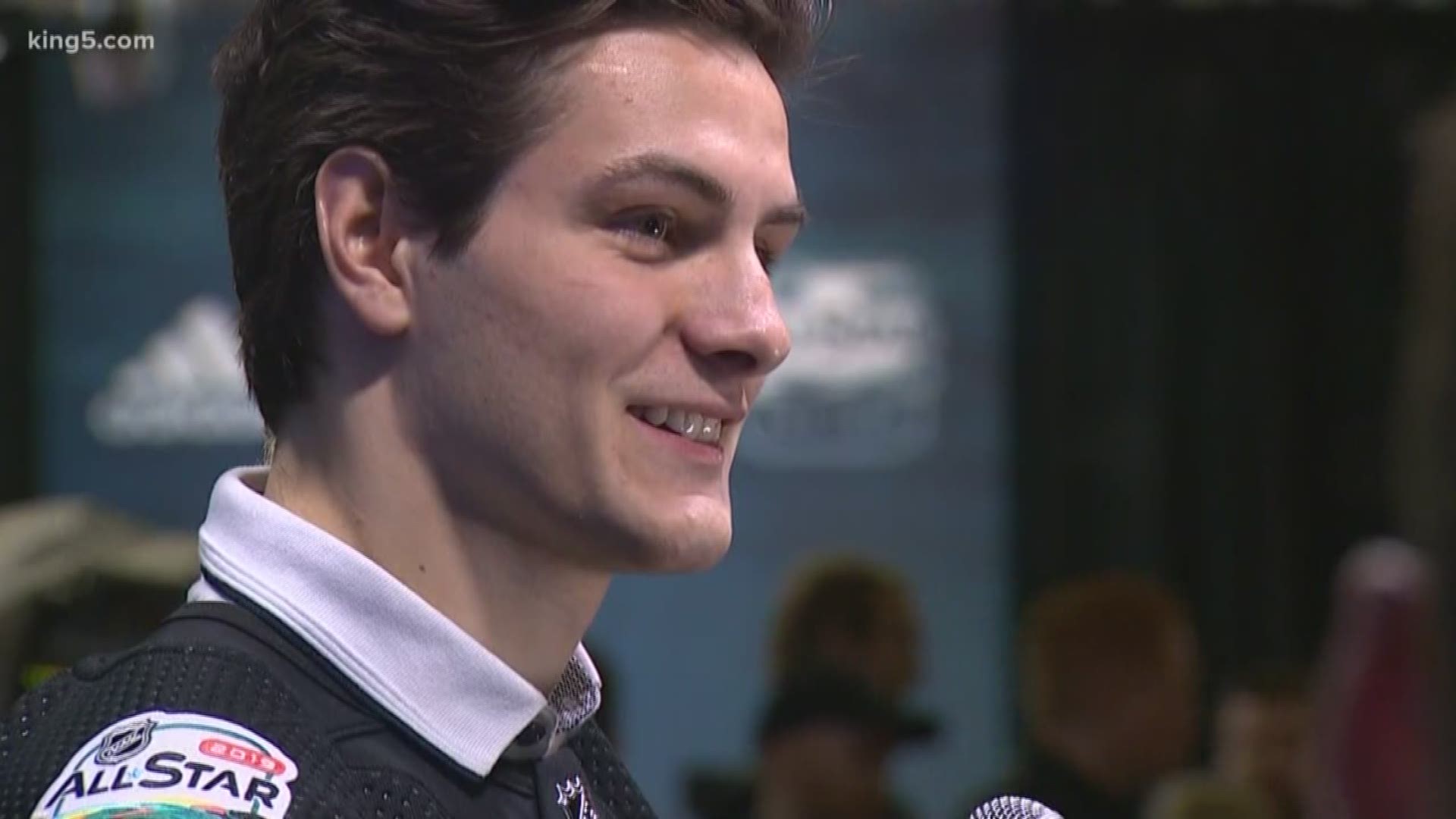 Toto, we're not in Kent anymore.

That could have easily been the thought that crossed Mat Barzal's mind when he stepped out on stage in a San Jose theater Thursday night.

The 21-year-old is the National Hockey League's newest star, the result of an 85-point rookie season with the New York Islanders which earned him the Calder Trophy in 2018.

But as a teenager, Barzal honed his craft at the ShoWare Center in Kent, as the star center of the Western Hockey League's (WHL) Seattle Thunderbirds, where he lived in a bit of anonymity.

Under the bright lights at the NHL All-Star Media Day, he was swarmed by New York media and seemed more at ease talking about his Western Washington career.

"Best years of my life down there," said Barzal, talking about his days with the Thunderbirds when he also took classes at Kentwood High.

Barzal acknowledges not seeing this kind of immediate success.

"It was a goal of mine, but back then, I was just trying to have fun in junior," he said.

Barzal, who was raised in Coquitlam, B.C. before moving away for hockey, was always driven. That's according to Thunderbirds General Manager Russ Farwell.

"He was a phenom in Canada since he was 12," said Farwell, who drafted Barzal back in the day, and says he's made adjustments in the NHL already to make the next level.

Farwell says Barzal learned in Kent how to handle adversity too, because "when you're young and told you're so good, you don't listen to a coach."

That changed with the Thunderbirds, says Farwell, who watched him "really take a step with (current Vegas Golden Knight and former Thunderbird) Shea Theodore."  The team won the WHL title in 2017, with Barzal, who battled mono during the playoff run.

"I was literally shooting pucks in my backyard, there was no messing around," said Barzal, about growing up in BC and Western Washington.

Barzal believes a Seattle franchise will succeed when it begins to play in 2021.

"I'm excited for the league. I think Seattle Thunderbird fans down there they deserve it - so much passion. Best place to play in the WHL every game you go to - it's packed with jerseys," said Barzal.

He's expected to participate in the skills challenge on Friday, the All-Star Game on Saturday, and put on a show that will have those Thunderbirds and Seattle hockey fans thinking about what's next.