Prep Zone: Sumner’s Wyatt Redding is one of the best kickers in the state

In this week's Prep Zone Chris Egan tracked down an up-and-coming football kicker that knows about solitude as he chases after his dreams. 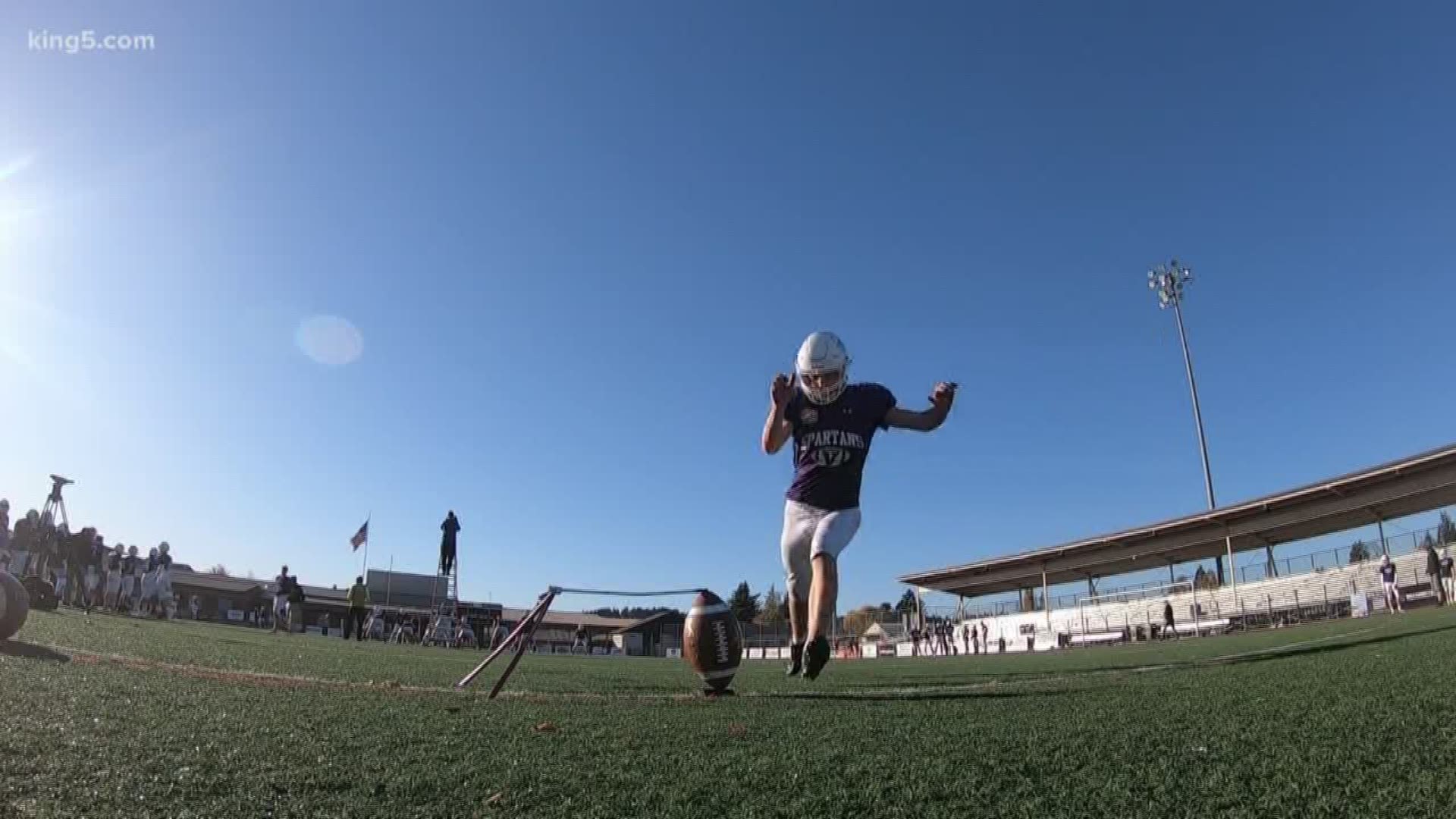 Between three and five times a week, Redding jumps on his 1970s green huffy and sets out on a journey. While his friends are still sleeping, Redding is cruising down Valley Avenue in Sumner making his way to his second home on the football field.

"Definitely can be a lonely world sometimes being a kicker,” said Redding.

"He's probably the most dedicated humble kid that I can remember. He's been riding his bike here for years," said Sumner football coach Keith Ross.

“Really nobody is around. It's just fun kicking by yourself,” said Redding. “The pressure is taken off in the morning.”

“I just want to maximize the opportunity I have and just come out here and work on it because I don't get that many reps in a game. So I might as well get reps out here," explained Redding.

On one November morning, he took nearly 100 kicks, even knocking down a couple from 60 yards out.

"He was out there in the snow one day, and he was still kicking,” said Ross. “Every time he amazes me, it doesn't amaze me because he's worked hard enough to be that great of a kicker.”

Sure, he's missed a few kicks here and there, but right now the 16-year-old sophomore is the sixth-ranked kicker in the nation for his class.

With a soccer background, Redding made the switch to football in the fourth grade. As a freshman, he knocked in seven field goals, including one from 49 yards.

Redding has made some big field goals for the Spartans but it's what he does during kick-offs that coach Ross seems to love the most.

"It’s an important thing in high school football having great field position. We want [the other team] to go 80 yards, and he kicks it out of the end zone on kick-offs pretty much every single time," explained Ross.

And as much as Ross is in love with Redding's leg, the lime-green huffy has also caught the coach’s attention.

“I would look good on that bike. His bike looks like a Camaro. It has a gas tank on top, woven wicker baskets, it's a Camaro. It really is a classic," explained Ross.

“I think more people know about my bike than me, and it deserves some fame because it gets me here every day,” said Redding.

And when the day comes to an end, it also gets Redding home.

Redding and the Spartans play Eastlake on Friday night in the playoffs.

Redding is also not just a great kicker, he is also a great student. He has a 4.0 GPA and is Sumner's sophomore class president.