The high school junior is already considered one of the top basketball recruits in the country. 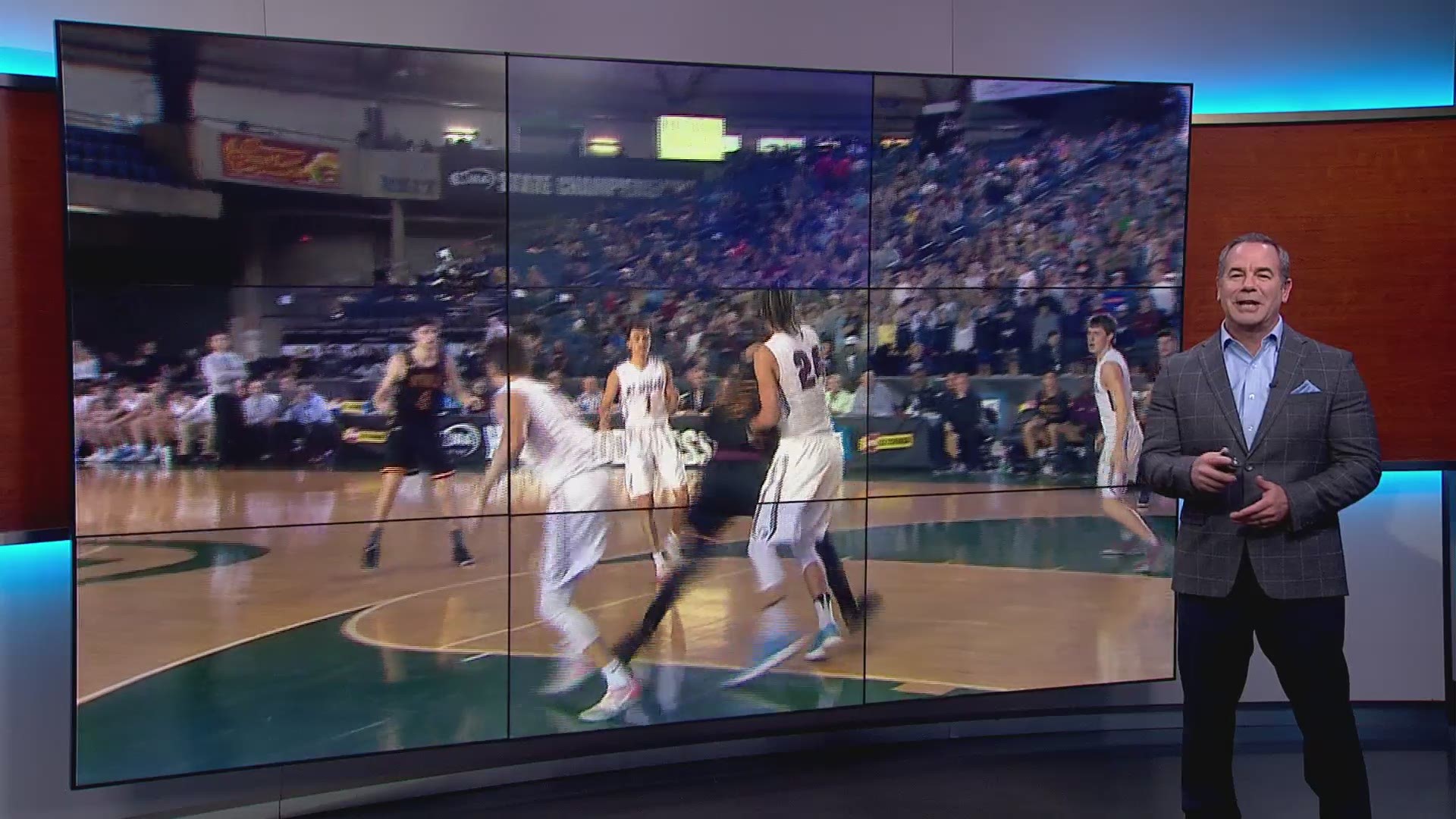 Why? The coaches were in town to see one of the top basketball recruits in the nation. In this week's Prep Zone, KING 5 sports reporter Chris Egan features Paolo Banchero.

This 6'10" high school junior can do it all. Banchero is considered one of the most talented high school players in the country and is a consensus top-four recruit in the class of 2021.

He can score from the outside and inside, he dunks, rebounds and dazzles with his passes.

As a sophomore, he led the Irish to the school's 7th state title and was named the tournament MVP. In the title game, he had 20 points, 7 rebounds, and 5 blocked shots.

"Going to the state tournament as an 11th seed, that put a chip on our shoulder. We felt disrespected by that. So to win four straight games in four straight days in the way we did, all by double digits, and then winning the state title by 30 points — that really put an exclamation point on a season,” Banchero said.

But that wasn't his first state title. As a freshman, he split time at quarterback and led the Irish to a football championship.

"That was one of the best moments in my life. Being a freshman on a team full of seniors and juniors, and being a freshman, sharing time as a starter,” Banchero recalled.

Football and basketball are in his blood.

His dad Mario Banchero played football for the Huskies. While his mom Rhonda Smith-Banchero was once the all-time leading scorer at the University of Washington.

Rhonda would become the first player from the state to be drafted into the WNBA and was elected into the Husky Hall of Fame in 2004.

Paolo said he learned the most from his mom by watching her coach the girl’s team at Holy Names Academy. And while it's basketball that's taking Paolo to new heights, he credits other sports for making him well-rounded.

"He's always been a multi-sport athlete," dad Mario said. "Growing up was football, basketball and track. And it's challenging to get to all those places and you are going to double practices in the same day and that always kept him coordinated."

Paolo agrees, "I encourage all kids to play multiple sports because you learn so many different lessons from playing different sports.”

He's also learned a lot over the past year about the rigors of recruitment. Pretty much every school in the country has sent a letter or called him. The attention may be gratifying, but his parents say he's handled the process with class.

"Paolo is just a really nice, thoughtful kid and we're proud of him and definitely feel like we're raising a good human,” his mom said.

"For us it's always been about balance," said his dad. "You know, if the kids are getting criticized — they're told they're not good enough and it's our job to build them up. And conversely, if they're getting told they're the greatest thing since sliced bread, there's another side to that, too.”

Paolo said, "There have been a lot of guys from this city just as good as me, if not better. Just seeing them makes me humble, because I know I'm not super-duper special because there have been guys that have done this too."

Just because his mom and dad went to UW, Paolo's parents won't push him to be a Husky.

"You really have to pick a school based on what's the best fit for you," his mom said. "You know this is not my decision. It's not Mario's decision, it's really Paolo's decision. And I hope that parents know that if their kids are lucky enough to be recruited by anybody, that they really have to let their kid make the decision."

Paolo recently visited five schools: North Carolina, Kentucky, Duke, Tennessee and Gonzaga, but he has not narrowed down his list.