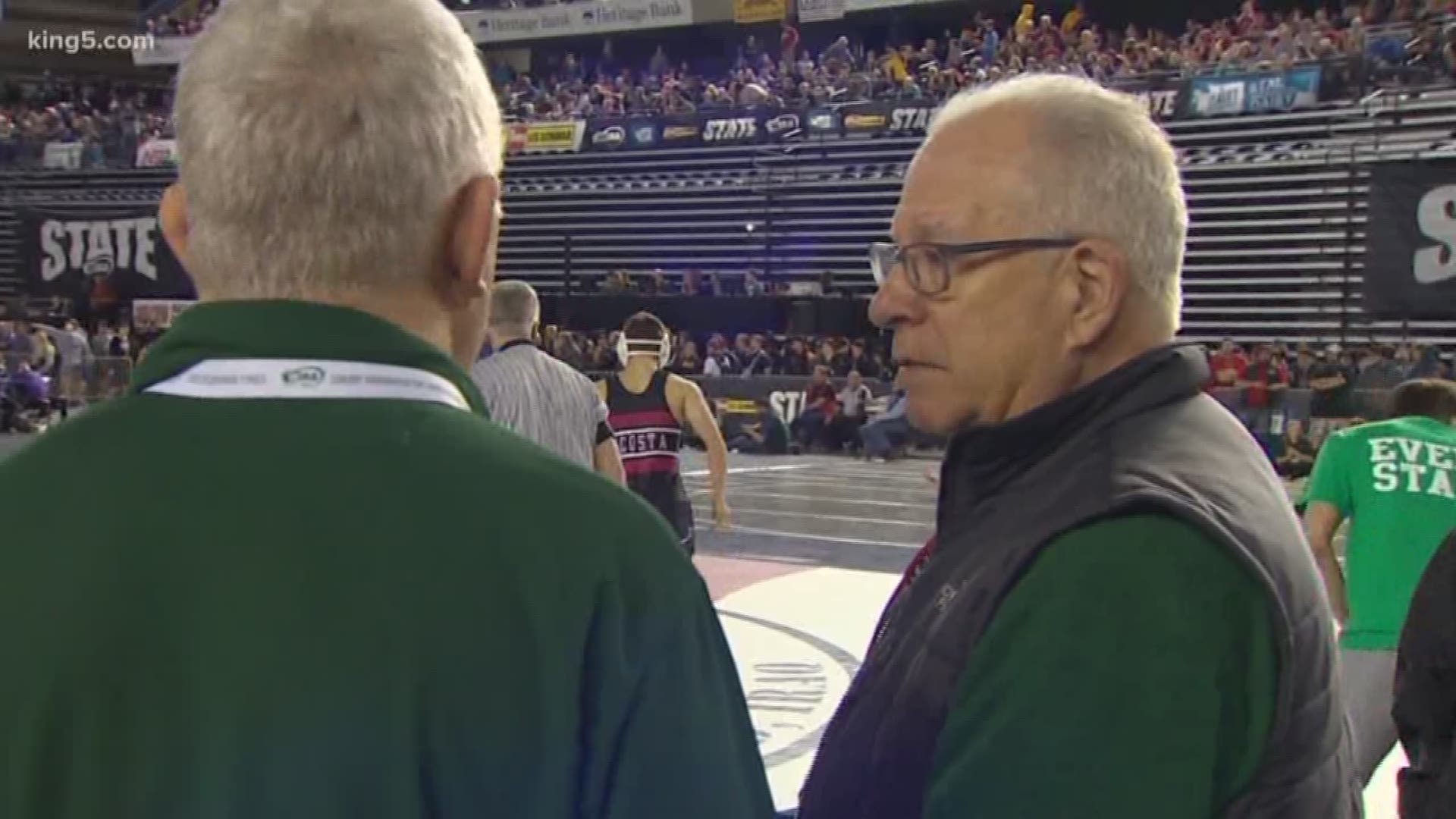 Another high school sports season is coming to an end. Baseball, softball, soccer, tennis, track and field will close out the school year.

For 25 years, one man has been a key player through it all.

Mike Colbrese, executive director of the Washington Interscholastic Activities Association (WIAA), is retiring as the head of high school sports.

This school year, 410 high schools and 450 middle schools competed in athletics and fine arts under the WIAA umbrella. That’s a lot of kids getting active and involved.

"We're right around a half-million total on an annual basis,” said Colbrese.

"A choir teacher once came up to me and said, 'You know Mike, what people need to understand is that kids need a place every day to take their heart.' And to me, that’s activities programs," he said.

Colbrese, who grew up in a big family in Montana, has spent 48 years in education. For 11 years, he taught English in Montana before moving into an administrative role. He spent six years in Wyoming as the commissioner of the state’s activities association, and moved to Washington in 1993 to lead the WIAA.

"A lot of things have happened over those years. It's been a lot of fun, it's been a challenge, but that’s what has been so rewarding about it - are the challenges we have faced and worked through with a lot of great people,” Colbrese said.

Governing nine activity districts and over 900 schools was not an easy, but Colbrese went to work right away.

"When I first came here, the East versus West divide was really strong, but with the association, it has gotten better."

Colbrese credits patience and communication for helping him on the job. As the most tenured executive director in the country, Colbrese helped Washington take the lead in many areas.

"This state was the leader on concussion management, transgender participation, a lot of different issues, we have created a more consistent, fair eligibility process and the same with the way of handling rules violations," he said.

Colbrese knows the good outweighs the bad, but there have been controversial moments over the years. In 2007, an undefeated Archbishop Murphy football team was booted from the playoffs because a player had been playing with an expired physical.

"I felt terrible that a young man's physical lapsed and that caused forfeitures. But on the other side of that, there are those who followed what are the rules of the association and the process was important and someone asked me, 'What is your role?' And my major role is to make sure the process is followed," said Colbrese.

Another major role is dealing with parents. Colbrese says in his 25 years, it's the biggest change he's seen with sports.

"Parents are more involved than they use to be, I think there has become a desire that everyone believes their child is the athlete that is going on to that next level and they all want that opportunity to be a part of it."

Nearly 35 percent of the communication his administrative staff now deals with is from parents. Because of the demand, Colbrese helped implement new communication strategies to bridge the divide between schools and parents. He's on the clock 24/7 and while he loves his job, it became clear that it was time to step down.

"I lost a brother, and I'm the oldest of six, and when you lose a younger sibling it rings a bell, my wife and I have been married almost ten years and I wanted to have a good fun run in our relationship in a retirement system,” said Colbrese.

"No one knows how many days they have and it's great to have a career that is fulfilling and giving back, but sometimes it's also about family,” said his wife Jan Colbrese.

Mike Colbrese continues, "I think the one regret, I took it too seriously, there were some nights where that clock was your only companion. I think that the fact that I care about people, the fact that I respect people regardless of their opinion, and I hope I've been that kind of leader that people will say, you know I didn't like the decision, but I understood where he was coming from."

Colbrese will stay on the job through August and help with the transition of the new executive director Mick Hoffman.

Besides spending time with family, Colbrese also hinted that he would like to get back to being an official and may try to do some football games. He is also scheduled to throw out the first pitch at the Mariners game on June 5.