The Huard family has another football legend in the making with high school senior Sam Huard, looking forward to his future at the University of Washington. 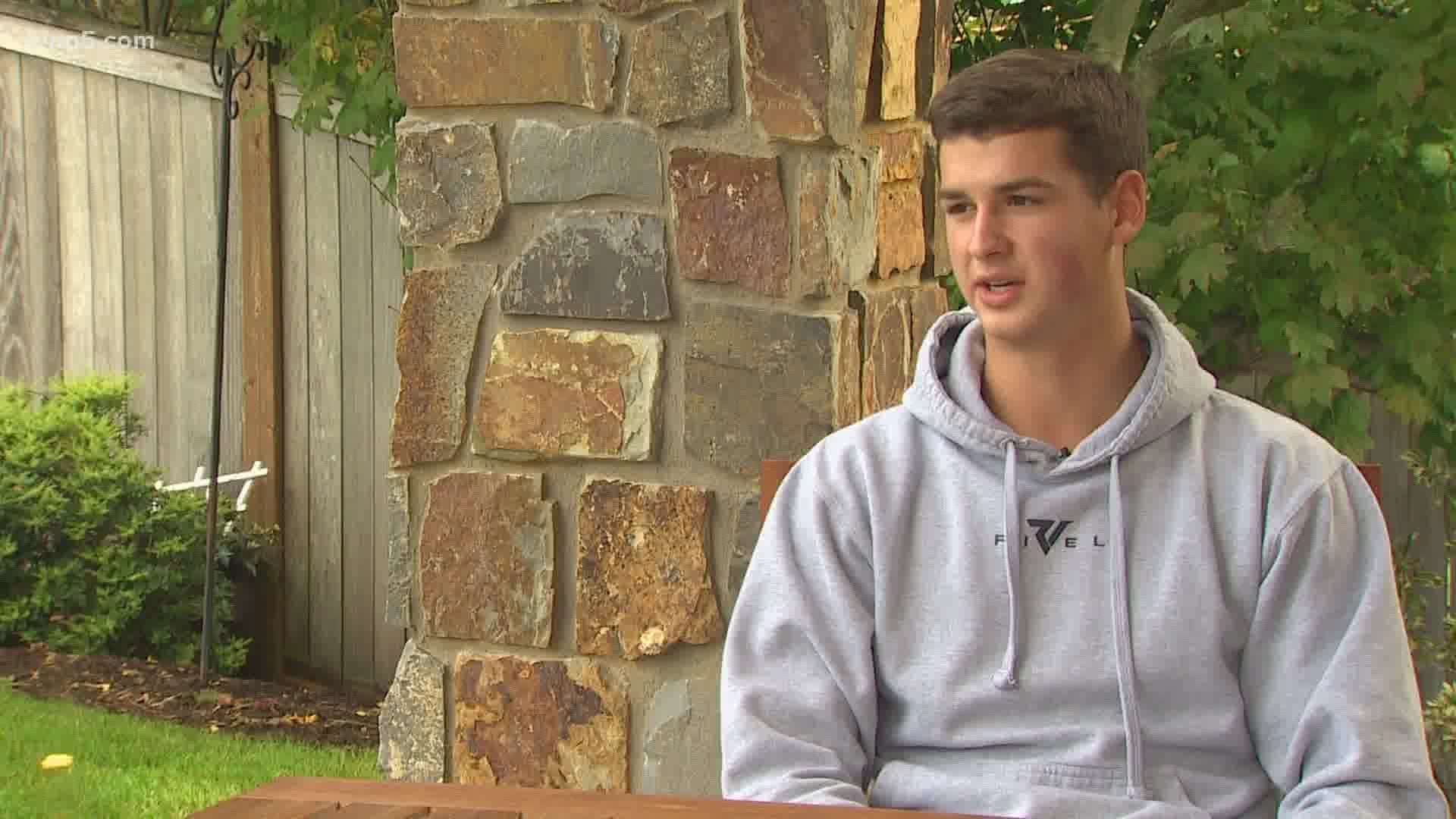 Kennedy Catholic High School senior Sam Huard is one of the top ranked quarterbacks in the country. Next year, the five-star recruit will play for the University of Washington.

Sam has always dreamed about running out of the tunnel at Husky Stadium. But he won’t be the first from his family to do it.

His dad Damon was a UW quarterback from 1992-95. His Mom Julie was a Huskies cheerleader. His Uncle Brock played for the Dawgs before joining the Seahawks. And his grandpa Vince Lorrain was a defensive back for Washington in the 60s.

“It's really exciting to think about," Sam said. "Just knowing that, you know, I can be at those games and be able to look up in the stands and see my parents, my grandparents, my sisters, the rest of my family."

Family means a lot to Sam and he’s leaned on them for advice. His grandpa Mike Huard was a legendary coach at Puyallup, while his grandpa Vince coached at Selah. His Uncle Luke now coaches in college and his dad and Uncle Brock spent 11 years in the NFL.

“It's definitely helped me a lot, you know. Not just my dad, but being able to talk to my uncles and both my grandpas on both my mom and dad's side and just their love for the game, and just being able to learn from them, you know, not just on the field, but how to handle yourself. How to be a leader," Sam said.

His family helped, but Sam has worked very hard to be ranked the number one pro-style quarterback in the 2021 class.

“He loves his friends, and loves his family, and is one of the hardest workers I’ve ever seen. And when you want to be successful at anything, no matter what it is, you have to have that passion and that drive and that sacrifice -- and he is just awesome at that," his mom Julie said.

In three years at Kennedy Catholic, Sam has passed for nearly 12,000 yards and 132 touchdowns. The 4A All-State Player of the Year is currently on pace to shatter the state’s all-time passing yards record.

While his dad taught him a lot, Kennedy Catholic head coach Sheldon Cross has been a big part of Sam’s life these past four years.

“I would not be where I am without the support from my parents and my family, but everything Coach Cross has done for me... Yes, it's been hard, but he's been there every step of the way to help me and help me grow on and off the field -- and just to really prepare me for life and for the game of football."

Dad Damon said, “Sam has grown up in a different environment with Sheldon Cross, and Kennedy Catholic and some of the people in his life. I think it's just a different generation to where, yeah there's pressure, but like, it's a privilege."

“I think he's handled all the pressure really well," Sam's sister Brooke said. "But our whole family is super supportive of one another, it's not so much of like, you have to do this, you have to follow in my footsteps... You can do what you want to do and then it helps you put your mind to what you actually want to accomplish."

Sam is close with his sisters Brooke and Holly, but at Kennedy Catholic, he’s also learned about brotherhood.

“You know, I've had some great accomplishments and done some great things, but at the same time, I wouldn't have done those things without all the help from my teammates and my coaches," Sam said. "Just knowing that it's so much more important to give them the credit, because you know they make me so much better and they put me in that position to be successful."

“I'm really proud of Sam, I mean, forget football. I think he's just one of those kids," his dad said proudly. "Julie touched on the way he connects with his friends and people and coaches, people skills, right? At the end of the day, it's whatever your passion is. It's always about relationships and Sam just has great relationships across the board."

Like many high school athletes, Sam hopes to return to the field sooner than later. He has one more big goal at Kennedy Catholic: to bring the Lancers a state title. Then it’s off to Washington to carry on with the family legacy.

“It means everything to me. At the same time, I really want to go on my own path and my own journey. It's really important to me to really carry on the Huard name and to represent it, the best way I can."