In this week’s Prep Zone, Chris Egan has more on a Graham-Kapowsin running back that persevered through the hardest of times and found peace playing football. 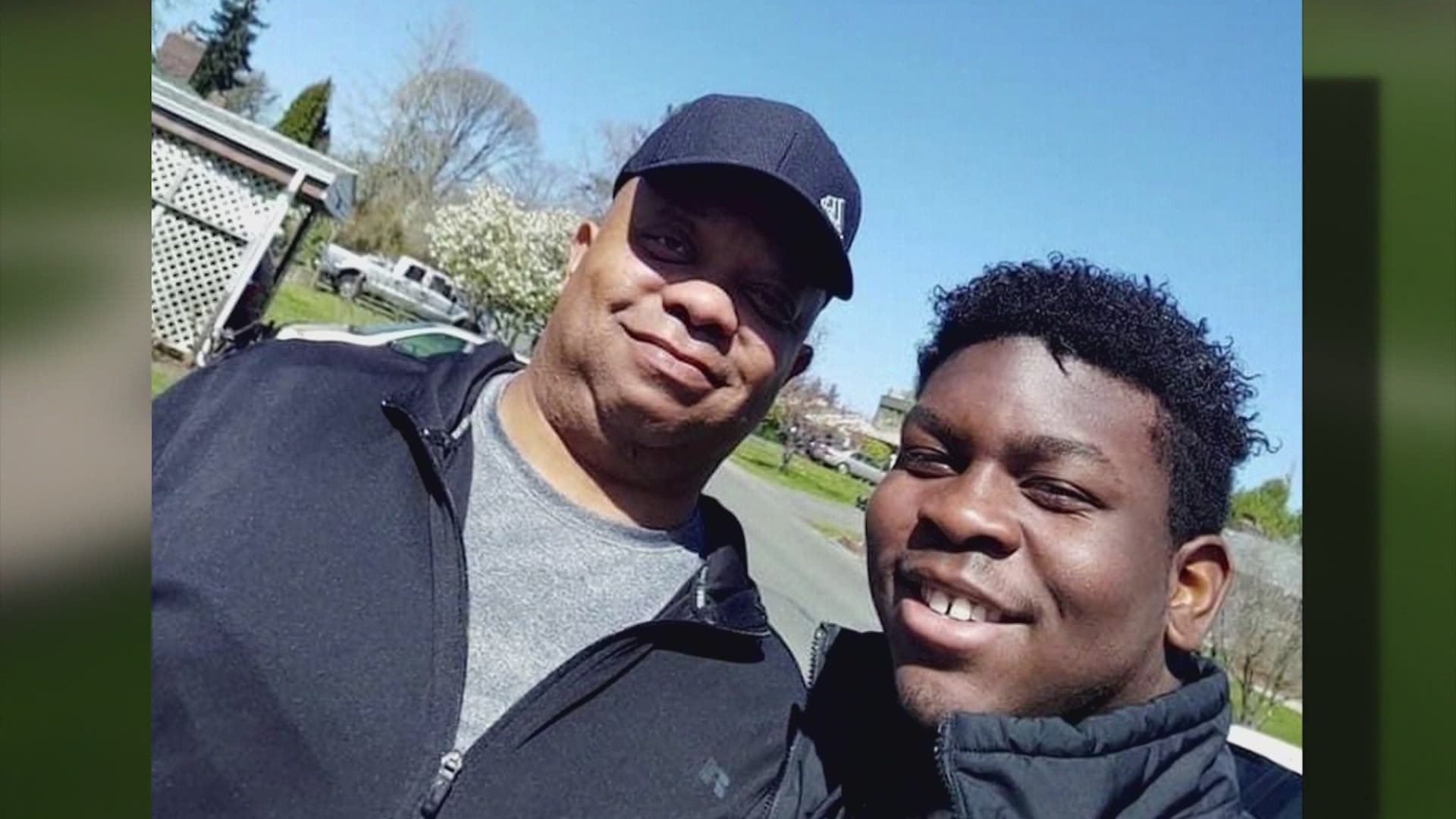 GRAHAM, Wash. — The COVID-19 pandemic has caused chaos for high school athletes across Washington state. Fields remained empty, and bleachers were bare for months. Now, games are back, fans are returning to the stands, and parents are once again able to watch their kids play in person.

Graham-Kapowsin High School running back Jalen Davenport said there is nothing better than hearing mom screaming from the stands.

Jalen’s mom is his number one fan, but it was his dad that got him into football.

“I started in kindergarten. That was my very first time I touched a football,” explained Jalen. “We play it, and ever since then, I say, third grade is when I really was like, you know, this is something I really want to do.”

So, dad started coaching Jalen and his friends.

“All he really cared about was getting us kids off the streets and having fun while we're playing football,” said Jalen. “He was a really good coach. Honestly, he made sure everybody had fun, everybody played. He didn't care if we were losing by 30 points. He would get everybody in the game.”

Jalen’s parents were his inspiration, but two days before Mother’s Day in 2019, his mom died after a lengthy battle with cancer.

“I remember going to school that morning, and the last thing I said [to her] was, ‘Mom, I love you. I'll see when I get home,’” Jalen recalled. “And towards the end of the day of school, I get a phone call saying to come home. So, I came home and found out that was the last thing I said to my mom. It was a very hard day for me, honestly.”

The loss was devastating, but last November, it got worse.

Jalen’s dad, John, spent over a month in the hospital battling COVID-19. His four kids had faith their dad would make it.

“He's going to get out of this. He's strong, he's a fighter, he's going to win, and he’s going to beat this,” said Jalen. “It was on his birthday, the day that he passed. We got an arranged visit, and when we were there to see him, as we were getting on the elevator to go up there and see him, that is when he took his final breath.”

Through it all, Jalen never once thought about quitting football.

“I'm just trying to make them proud, honestly. I told them I was going to do big things, and I got to prove for them,” said Jalen.

“He's handled this as well as anybody can handle it,” said Graham-Kapowsin Head Coach Eric Kurle. “You know, no one knows what's really going on, you know, in him, but he comes, and he is focused.”

Jalen now lives with his sister and has family close by, but it is the G-K brotherhood that has helped him find peace again.

“Being on the field with them, it’s the greatest feeling in the world,” said Jalen. “I don't feel any pain, and like, we all look after each other, we all get after.”

Jalen’s parents were his biggest cheerleaders, and he still hears them as he rumbles down the field.