This week’s Prep Zone reminds us that sometimes a simple friendship can provide a sense of belonging and a sense of home, even if you don't have one. 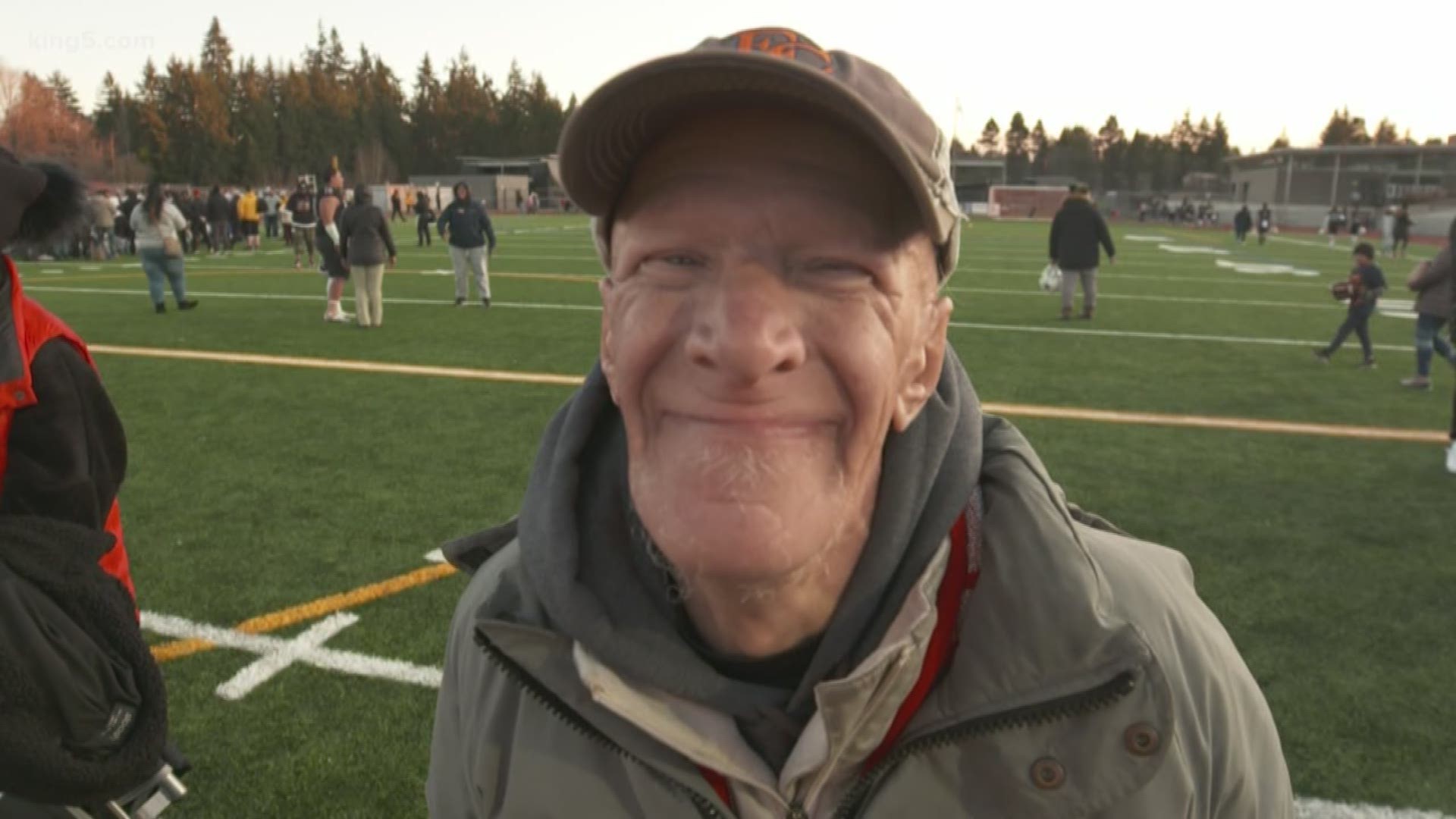 It was the state semi-finals, Eastside Catholic was facing off against Lincoln with a trip to the football state championships on the line.

Eastside Catholic senior wide receiver Gee Scott Jr. is looking for his second straight title. He's been blessed on the field, but it's the unexpected blessing off the field he said will have a greater impact on his life.

Sitting in the stands was Jerry, a big Ohio State backer, and Scott Jr.'s newest fan.

“Gee Scott Sr. and Jr. mean the world to me,” explained Jerry.

The life-long Buckeyes fan started coming to watch Gee's games when he heard the four-star recruit committed to Ohio State but making it to those games isn't always so simple.

When Scott Sr. first heard about Jerry, he knew his family needed to do something.

“What this is about, is this is about compassion. This is about spreading friendship and love, something so much of this world kind of lacks right now,” explained Scott Sr.

For the past few weeks, Scott Sr. has started his game-day routine by picking Jerry up at his home, in a homeless camp.

Jerry lives in Tent City 4, just off I-90 east of Issaquah. The camp has been Jerry's home for nearly four years. He's homeless and doing the best he can to make ends meet.

“It’s starting to get colder at night, and some nights it's very unbearable. We struggle a lot to keep warm, but we try our best to stay warm,” explained Jerry.

Despite tough times, Jerry found odd jobs to pay for bus rides and tickets to football games. When Scott Sr. heard what Jerry was doing, he felt compelled to help.

"I would love to tell you that I’m just doing this for him, and the truth of the matter is, I’m actually doing this for our family because we feel good," said Scott Sr.

Before each game, Jerry makes his way to the field to get a special pre-game hug from his favorite player.

“When he first took me out on the field to meet his son, it meant a lot to me. I really can't and don't know how to explain that, it just takes my breath away and means a lot to me," said Jerry.

Tucked away in the heart of the parent’s section, Jerry beams with pride. He's found a new family.

"At some point in life, we all need help, no matter what. Everybody deserves compassion,” said Scott Sr.

But Jerry is not the only one getting something in return.

"To see how happy he is, especially when he gives that tight hug, what he has taught us, no matter what adversity or what you are going thru, you can still smile through everything. No matter how dark the room is or the situation is, you can still smile,” said Scott Sr.

The wins are nice, but it's moments like this Scott Jr. said he'll never forget.

"It's a really humbling thing to be able to see when he comes up to me and he has tears in his eyes. For me, to be able to impact someone else’s life, that means more than anything,” said Scott Jr.

It's become a bond beyond football.

"This football thing will only last for so long, but being a person outside the field that will last the rest of my life and I can't be more thankful enough for him,” said Scott Jr.

Through compassion comes a blessing that goes by the name of Jerry. 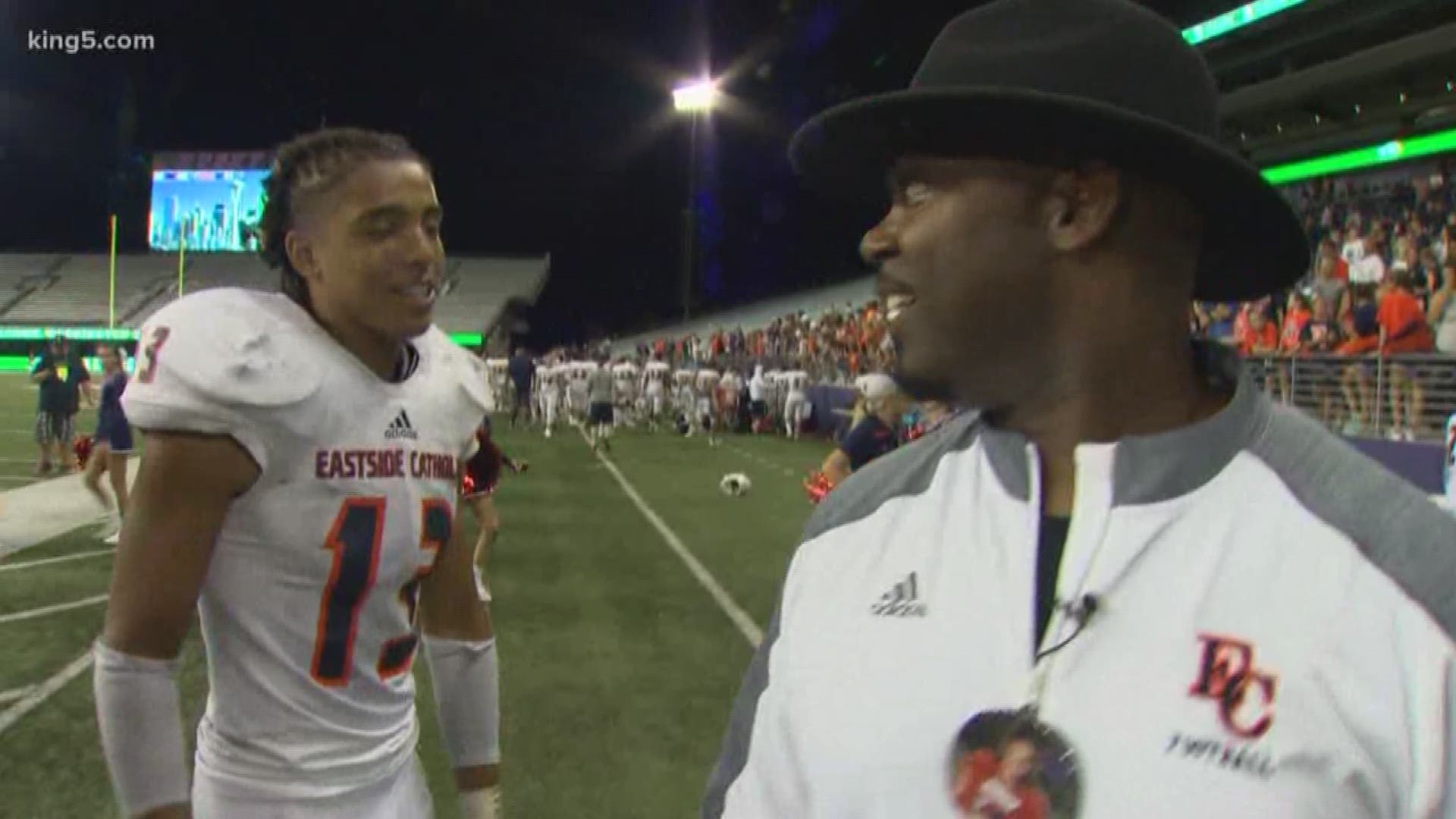