In this week's Prep Zone, Chris Egan features a Crusaders team that some believe could go down as one of the all-time great teams in Washington high school history. 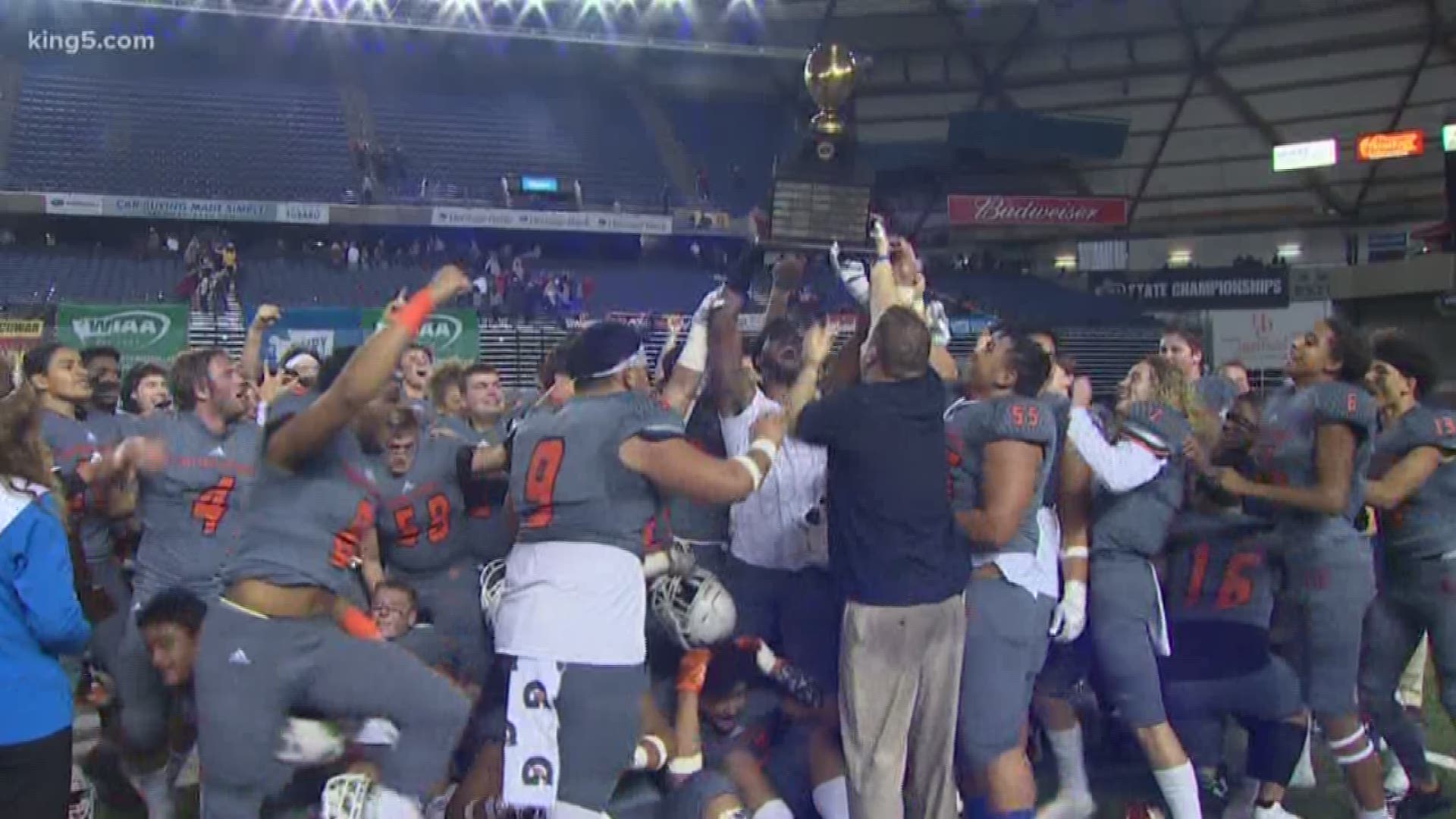 This Friday, the undefeated Eastside Catholic Crusaders will face off against undefeated O'Dea High School in one of the biggest prep football games so far this season.

The Eastside Catholic football team has won 18 straight games. They're ranked Number 1 in the state and 11th in the country.

"Obviously, we have a ton of talent that's been here all four years. Combine that with the work ethic and the coaching staff, they teach us how to play good quality football,” said senior Gio Ursino.

"We have built a culture here regardless of what we are doing," Coach Dominic Daste said. "Whether we are in the weight room, on the football field, or in the classroom, we want to be competitive."

Not only are the Crusaders the defending state champs, but they've also flexed their muscles out-of-state with big wins in California, Oregon, and Arizona.

"This is my last year of high school football, and I'm laying it all out there. We have a bunch of guys that are so hungry and love this sport. You do see that often, but we have a lot of guys that have bought in and love what they do,” said senior Gee Scott.

Scott will play next year for Ohio State, while teammate Sam Adams is headed to Washington, and Ayden Hector has committed to Stanford.

"I think a lot of people just see the names and stars on this team on paper, and there is a lot of talent on this team, but it all comes down to how good we want to be and how disciplined we stay,” said Hector.

Some are calling this year’s Crusaders team one of the best in state history. The players would rather not listen to the hype.

"That’s nice going into one ear, but we just let that go out the other. We don't like to hype ourselves up too much, because that’s when stuff starts to blow up our head and then we get distracted from what our main goal is,” said senior Sam Adams.

Not only is this team loaded with 10-12 seniors that will play college football next year, but they also have a very talented junior class, which includes the number one recruit in the country.

Jaylahn Tuimoloau, or J.T., is a 6'5" 270-pound defensive lineman that has received offers from pretty much every college in the country, including Alabama, Ohio State, and Washington. Quarterbacks fear him, but his team loves him.

"He is one of the most humble and nicest kids we have," said Coach Daste.

"My parents have always taught me to be humble, because they always say, 'Your work won't go unnoticed, you don't have to brag about it, just go out there and work, and people will see that you are working.' The humble part is a big part of me," J.T. said. "I feel like I don't have to post offers. I don't have to talk about my game. I just feel that every day, I have something to get better at, whether that’s school, sports or becoming a better person."