Connor MacDougall wanted to raise awareness about anxiety and depression in teens, so he’s started a 'Reach Out and Run Virtual 5K' that will take place in November. 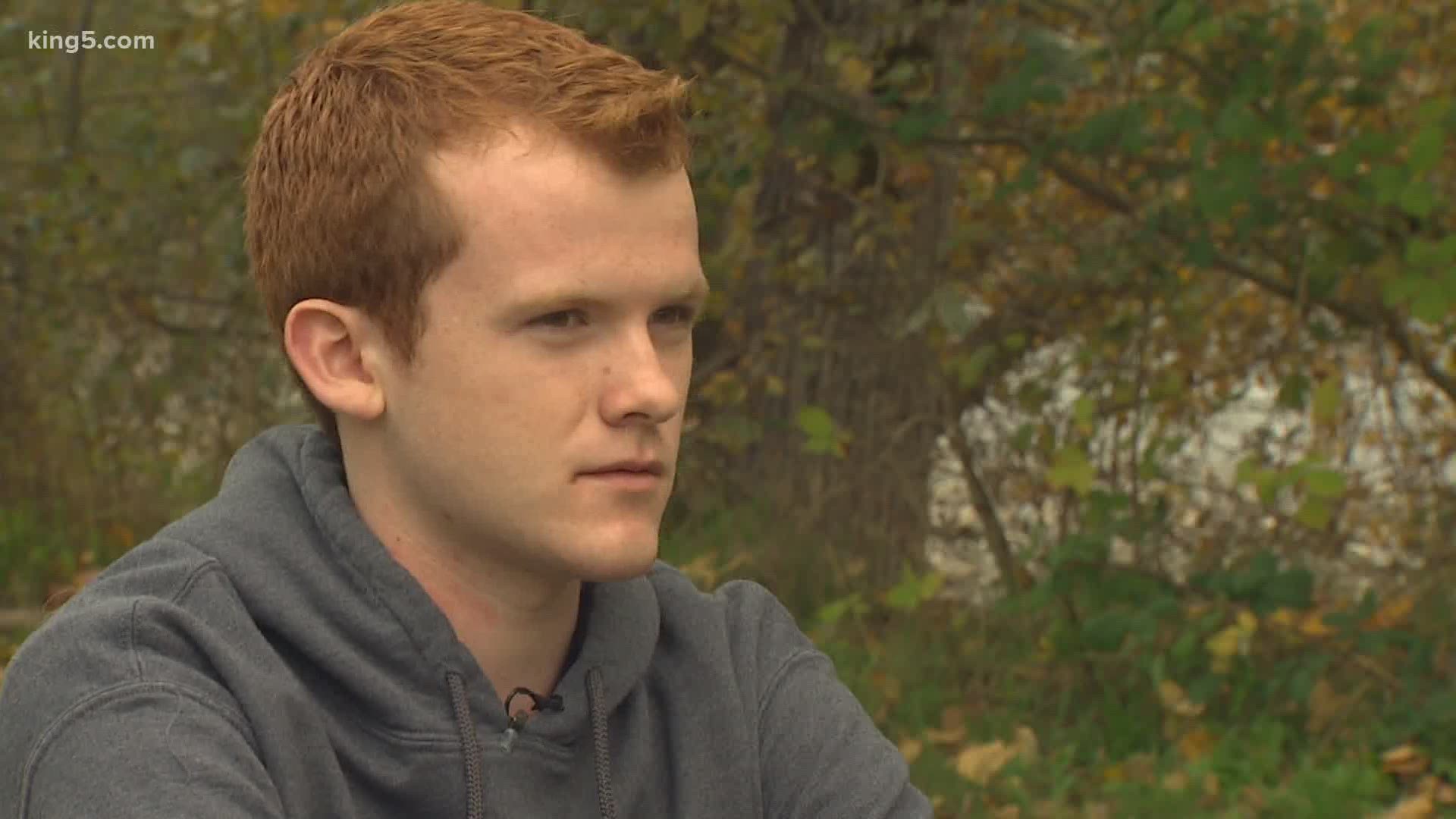 His grandfather was a legendary high school track and cross-country coach at Colfax, and his dad and aunt competed in college and now coach.

“We've had track in our blood for a long time,” said Connor’s dad Joel MacDougall. “It's an important sport for us and, you know, early on we've always talked about how we're not going to make our kids do the sports we love, but if they happen to take to it, then that's great.”

Connor not only took to running, he excelled. He made the varsity team as a freshman and quickly fell in love with the team aspect of the sport.

“To me, cross country is such a tight group of people, there's like nobody excluded,” said Connor. “We all want to support each other. We're all there to like cheer them on during races.”

Connor not only found success with running, but he also has a 3.9 GPA and has big dreams for college. He wants to go to the University of Southern California, but his path has not been an easy one.

“It enveloped my whole life, to the point where I could, I couldn't really enjoy the little things because I was so stressed out about stuff that was happening that wasn’t even present in the moment,” said Connor.

“We knew early on that we needed to pay close attention because as a small child he processed burdens in a really intense way,” explained Crystal Clarity, Connor’s mom.

“The first thing that I thought about as a coach is, you know, this will go away,” said Joel MacDougall. This was anxiety.

“Anxiety to me is always just fearing that something is going to happen,” explained Connor. “Like, you can't really get your mind off what's going to happen because you fear the worst.”

“It's one of those things that with a broken bone it'll heal, but anxiety doesn't necessarily just go away and mental health issues are something you have to stay on top of, you know, for your whole life,” said Clarity.

“I think the most difficult thing was to see how stressed he would get and how physically he would start to pace, and how he would be physically sick and ill,” explained Joel MacDougall.

Doctors and medicine would help, but Connor’s ultimate therapy just happened to be the family’s favorite pastime.

“Running every day helps me, calms me down, helps me with my anxiety,” said Connor. “My parents have actually noticed it too. They say that, like, I'm, I'm a lot happier. I'm a lot more calm. I'm a lot more productive when I run more.”

“I think that the truth is, the right answer is going to be different for every kid, but you just have to keep trying and figure out what yours is,” said Clarity.

According to the Centers for Disease Control and Prevention, over 4 million kids between the ages of 3 and 17 have been diagnosed with anxiety. Nearly 2 million kids suffer from depression. Connor wanted to raise awareness of this, so he’s started a Reach Out and Run Virtual 5K that will take place in November.

You sign up online, learn about mental health, donate and run.

“I can't tell you how many people have like backchannel texted me or sent a message on Facebook, people I don't even know very well saying, ‘thank you so much for doing this, we're going to support this because we have anxiety in our home,’” said Clarity.

You can sign up for the virtual 5K by searching “Reach Out and Run” on Eventbrite, or by clicking here.

All net proceeds will be split between the Child Mind Institute and Treehouse to help out those children in need.