Bellarmine Prep senior Julia Bordeaux has run track and played years of basketball, but golf is what takes her to Notre Dame in the fall. 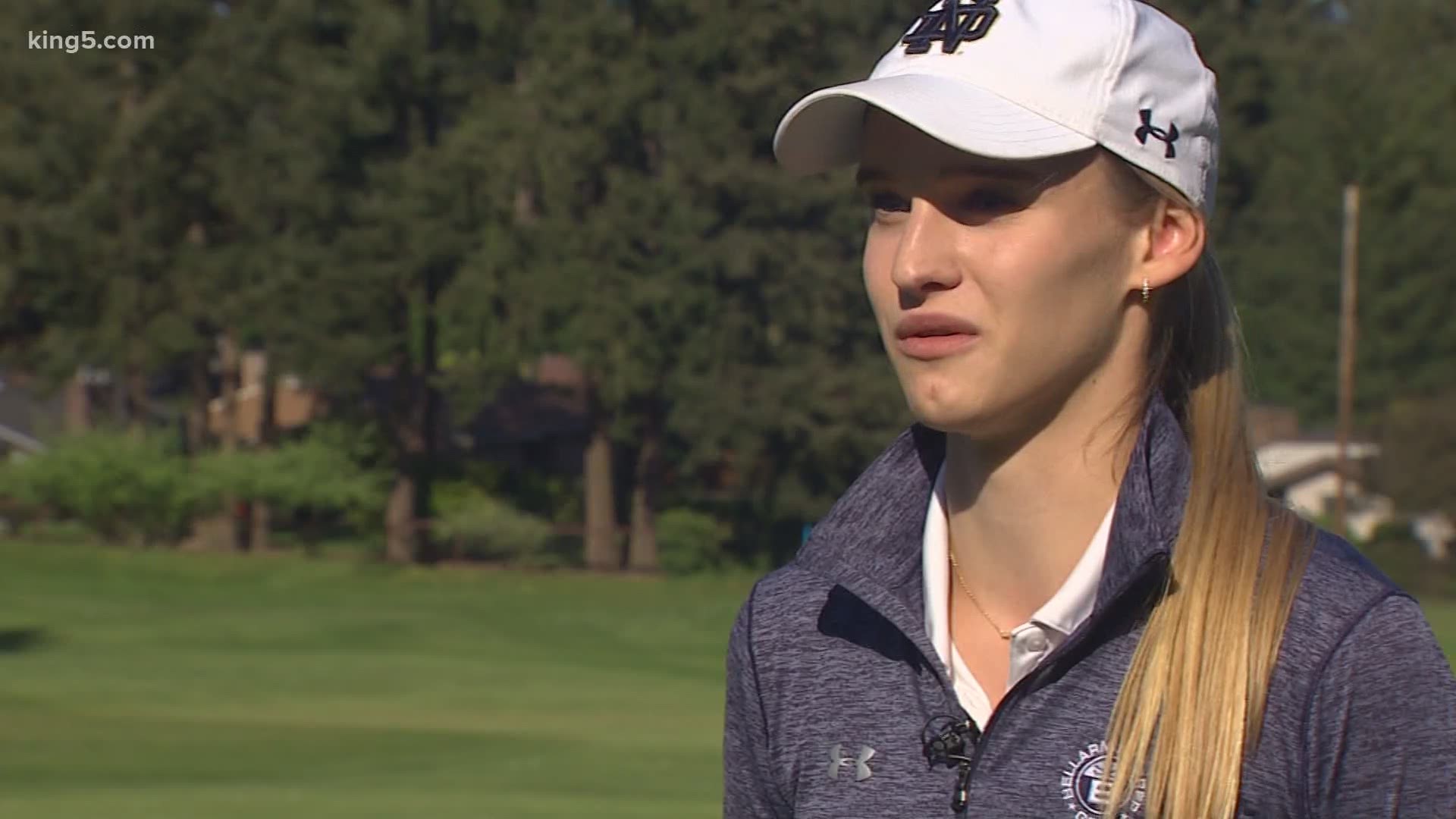 Golfers are back on the courses, which include the 2019 4-A state champion Julia Bordeaux from Bellarmine Prep.

Because of the pandemic, she won’t be able to defend her title, but she’s now getting ready for life in South Bend. Bordeaux is headed to play golf for Notre Dame in the fall.

As a freshman and sophomore, she helped Bellarmine Prep win back-to-back state team golf titles. As an individual, she placed 3rd and then 2nd those years.

But as a junior, she would win it all.

“I've always wanted to win the individual state title. I got close my first two years, but that was pretty incredible and have some my teammates and my coach there. Yeah, that was probably my favorite win so far,” she said.

Bordeaux has been playing golf since she could walk.

“I love how challenging it is, and how you can never really master it. I love the integrity of the game, but it's also just really great to be able to play with my family and hopefully I’ll play it a long time, “ says Bordeaux.

Next year, she will play for one of the top universities in the country at Notre Dame.

“Great academics, great sports teams, great community, just the tradition there is really important to me, too and I'm just so excited. I've got some great coaches, awesome teammates that are come coming in with me, so I can’t ask for a better fit,” says Bordeaux.

The pandemic has altered some rules of the game, but she's not complaining, she’s just happy to be back at her second home, the Fircrest Golf Club.

“Just being out here, I walked into the parking lot and was so happy, everyone's smiling, everyone's happy to be back here... It's really good to be out here and see some familiar faces," says Bordeaux.

She not only has a great golf swing, but she also has a pretty good jump shot. In fact, she helped Bellarmine Prep make state tournament at the Tacoma Dome for four straight years.

“High school basketball is pretty unbeatable, I'll say, and I was super lucky to have four really great teams and really great girls that I would still call my best friends. And three, four really great coaches too. So we just have so many great memories,” says Bordeaux.

As a senior, she averaged 15 points and 7 rebounds a game.

She also scored in the classroom maintaining a 4.0 GPA and last spring, she even did track.

“I've never been one that agreed with specializing super early and I'm so grateful for being able to play basketball for four years and run track last year, I think it just makes a more well rounded person and well rounded athlete,” says Bordeaux.

She will become the 10th Bellarmine Prep golfer to play at a Division I school. Since 2002, the Lions have won 12 girls state team golf titles.