Basketball isn't their only love. Family comes first and sister Raigan found her future in softball. 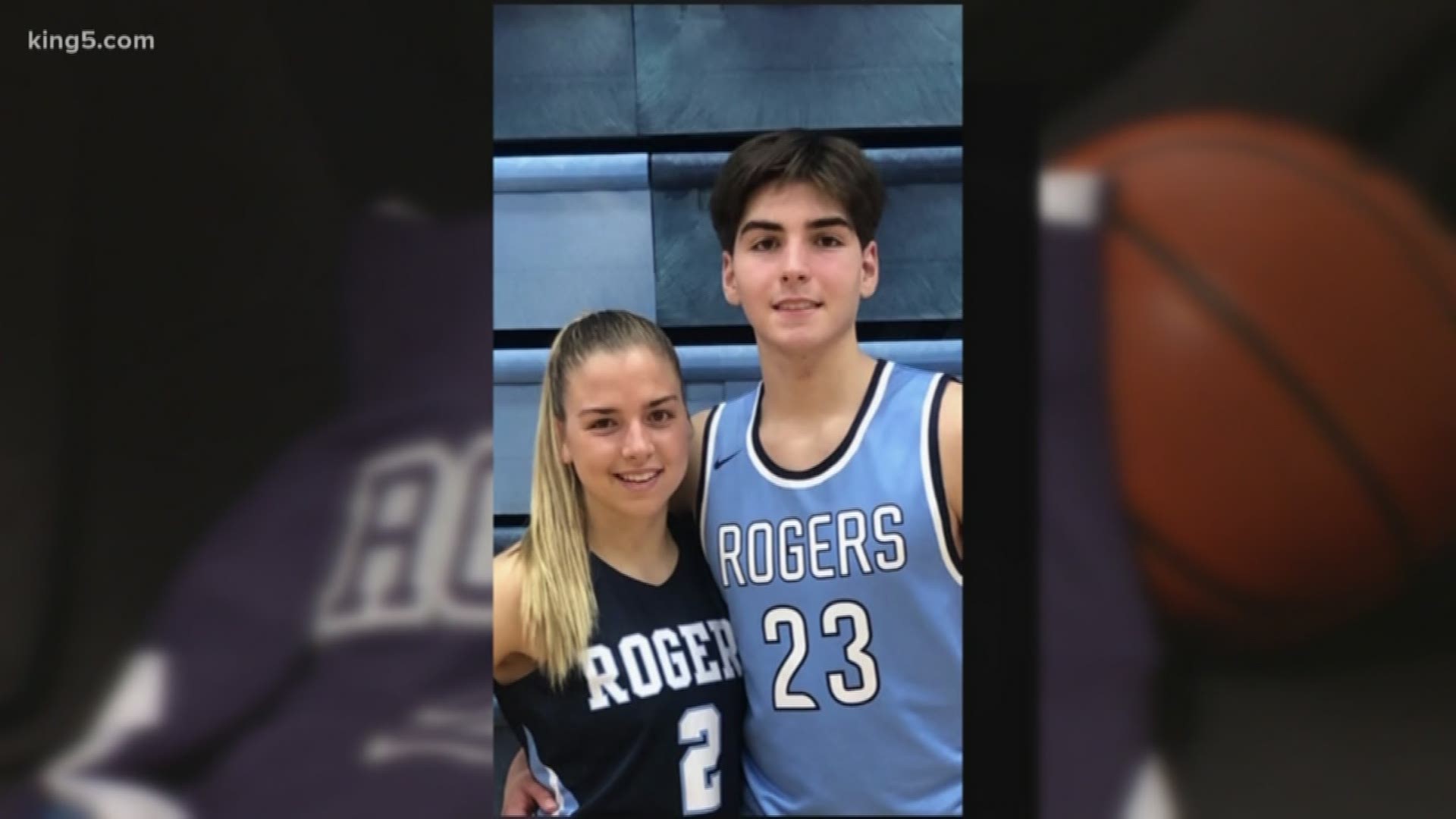 18 years ago, on July 25, Raigan and Jace Barrett were born in Puyallup, Washington.

"Oh gosh, we were nervous yes. Because our first one, Cade, was a handful, a handful. So we were like, how are we going to do twins?" laughed dad Greg Barrett.

Since learning to walk, the twins have loved competing.

"We just had the twins play everything together, do all their activities together," said mom Traci Barrett.

Growing up, the siblings played lots of sports, but excelled in basketball.

Their parents both played for Rogers in the early 90s, but now it's Jace and Raigan leading the Rams.

Son Jace says, "No matter how good we play, how bad, whatever the results are, our parents are always there for us trying to get us better and helping us no matter what."

"It's so amazing watching them play at the school we played at," mom added. "I think for for both of them, we've just tried to emphasize to do the right things and the right things happen."

Jace is the first player in Rogers school history to start as a freshman. A goal he accomplished thanks to endless hours in the gym.

"He's out here in the gym at like at 11 o'clock at night, just shooting and dribbling, and at that point I'm getting ready for bed," said sister Raigan.

That dedication is a trait they both share. Over the past three years, Raigan has averaged over 20 points a game.

"When she does something, she does it very hard, and she always does it at 100%. Just seeing the way that she does stuff, she uses her time very wisely, it's motivating to try to be like her," Jace said.

Raigan said it's also been a great honor and privilege getting the chance to play basketball at Rogers for her aunt, Amy Looker, who is the head coach of the Rams.

The twins push each other and do fight once in awhile.

"The last, probably like five times we played, we wouldn't finish because she would just throw the ball at me and leave, she was just so upset," Jace said.

"There's no doubt in our minds that they are each other's biggest fans, even though competitively they'll go at it," mom said.

Next year, Jace will play college basketball. As for sister Raigan, she's already committed to the University of Washington to play softball.

"Ever since I was a little kid, I've always dreamt of the one day that I get to go to UW and play softball for Coach Tarr. So the fact that I get the opportunity to do that is, like, I'm so excited," Raigan said.

She's also excited to end her basketball journey with a hopeful trip to the Tacoma Dome for the state tournament, but said the perfect ending would include her brother's team playing at state, too.

Right now, the Rogers girls team is 17-0 and ranked 2nd in the state. The boys are 9-8 and currently in 4th place in the SPSL.

Senior night for Jace is Friday night vs Bellarmine Prep. Raigan's senior night is next week vs Curtis.