Prep Zone: After two ACL tears, top-ranked Sumner girls' basketball player is ready to get back on the court

The Sumner girls' basketball team has a solid chance to win their first 4A SPSL title in over a decade, and one of the team’s stars is just happy to be back. 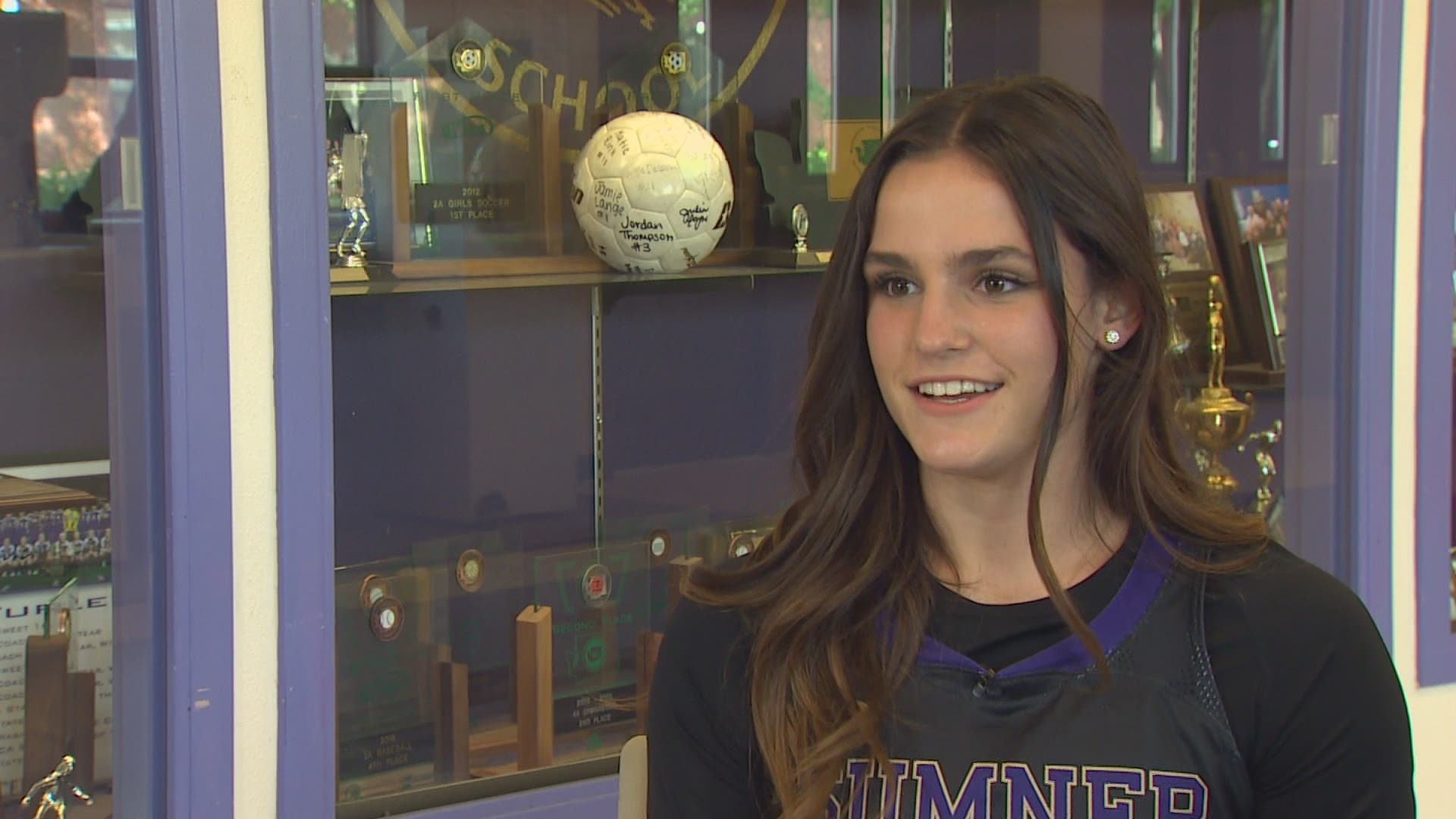 Sumner High School junior Alyson Deaver loves to play the piano. She said the music helps soothe her soul, but it’s not her only hobby.

“At first, I just started one day, and I picked up a pencil because I was bored in my room and I was like, ‘I'm just going to draw something,’ and I looked on Pinterest and I found a picture and I tried to copy it, and I was like, ‘I really liked this, I find it pretty relaxing, and it's a nice break from school,’” said Deaver.

Over the past couple of years, Deaver has had some extra time to focus on her art and music, but she also has another love: basketball.

Deaver and her twin sister, Catelyn, came into Sumner as two of the top-ranked freshmen in the South Puget Sound League.

“The two of them, when they come on the court together, they really mesh,” said Sumner High School girls' Head Basketball Coach Brett McDaniel. “They bring out the best in each other.”

But in the ninth grade, their dreams of playing together in high school ended when Alyson Deaver injured her knee during a summer league game.

“I went down on the defensive end on the sideline, and my knee kind of twisted, and it popped,” she said.

“Yeah, that was definitely tough when she did it, it was a really scary moment because I didn't know what was wrong,” said Catelyn Deaver.

Alyson tore her ACL, and her left knee would need surgery.

“At the time, it kind of felt like my entire identity was just wrapped up in the sport, and like everyone knew me as a basketball player, and that's kind of just who I was,” said Alyson Deaver. “So, when I got hurt, [it] kind of felt like I lost who I was. So, I got kind of like, depressed, I'd say after that for a while.”

Forced to the sidelines, Alyson would fight depression through rehab, art, and music.

One year later, she was healthy and ready to go for her sophomore season, but then the unthinkable happened.

“I got hurt at a tryout. I retore the same ACL, my left ACL, and which was kind of, it was awful because everyone told me that I was going to be stronger than it ever was and that it would never happen again,” Alyson said.

But her sophomore season was lost, as well.

“I can't imagine what she might have been going through mentally at home, going through those nights where you don't know if you're going to ever play again,” said McDaniel.

After another surgery and more rehab, Alyson would be healthy and ready to go for her junior season at Sumner.

“It's honestly like the most rewarding feeling,” she said. “I'm just so blessed to have the support system that I have with all of my trainers, and my coaches, and my family and my friends because I feel like I wouldn't have been willing to do it without them.”

“It's impressive to see, and I'm so excited for her because she'd come back and she's had great games and, you know it’s so nice to finally play with her and see what she can do because we haven't been able to see that in two years that she’s been out so,” said Catelyn Deaver.

Alyson Deaver is currently averaging over 20 points and 10 rebounds a game, and while she still dreams of playing for a Division 1 basketball team, she does have a new perspective on life.

“Making sure I’m a well-rounded person,” she said. “I spent way too much time focusing on just that aspect of my life, and I didn't really pour a lot of my attention into, like my family and my friends, and then like drawing. I picked [that] up, so it's just so nice to have just a well-balanced life in general and make sure that I know that I'm more than just a basketball player.“

Alyson also currently has a 4.0 GPA.