Erin White practices six days a week and won the national title last year. She hopes to someday compete in the Olympics. 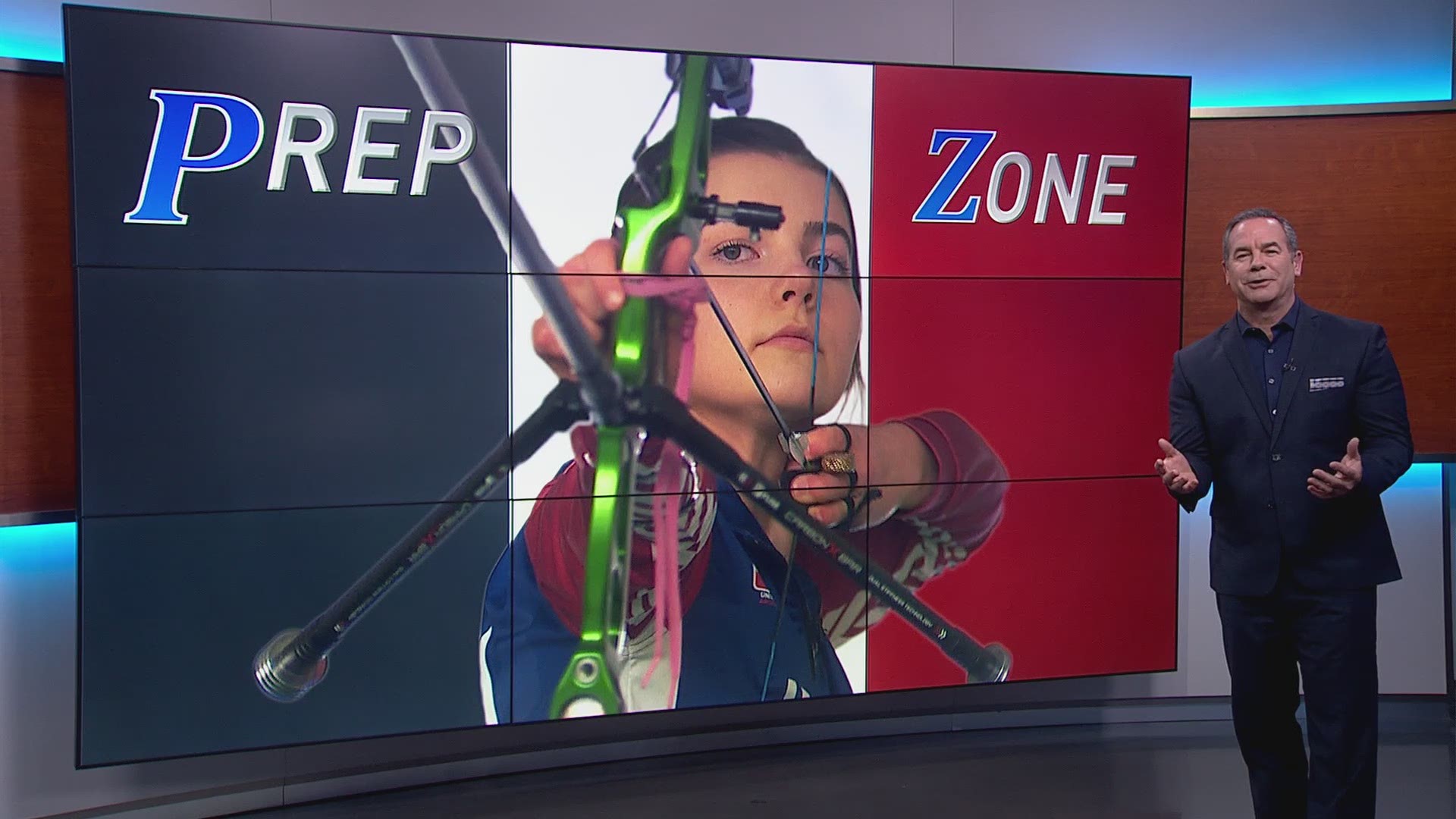 Sixteen-year-old Erin White from Monroe is one of the top archers in the country. She practices six days a week.

"I love when I'm on the line and by myself. It's me time, and I shut everything off. If I’m stressed from school or work, I can just come out here and shoot, and it's my stress reliever,” Erin said.

Erin started shooting eight years ago after she discovered something at home.

"I found my grandmother's bow in the house one day and asked my parents what it was,” Erin said. “What is this thing?"

Her parents told Erin and her sister that their grandmother once was an archer. The two sisters decided to take lessons, and they were hooked.

Lisa White is not only Erin’s mom, but she's also a trained and certified archery coach.

“My mom is my coach, and while that can be a difficult path to navigate sometimes, it's really fun. I know she is always there for me, she’s the most supportive person for me," Erin said.

Together, the two use fun and focus to stay on target and when the bullseyes started adding up, Erin's wins did too.

"I started going to state tournaments with 4-H and kept going up, up and up, and now I’m doing national tournaments and world competitions," said Erin.

With the win, she landed a spot on the USA recurve junior national team.

"I was really excited when I made the team, and then I realized I was going to a world competition and I needed to step it up again," Erin said.

She competed in Cortina, Italy against the best archers in the world and ended up taking eighth place.

"It means a lot. I'm really honored to represent the USA, and when I was in Italy, it was kind of crazy to think that a girl from Monroe is representing the United States, so it was really cool," Erin said.

When she's not competing, Erin also loves to teach. She helps train kids Tuesday nights in Monroe at the 4-H club. She also helped start a charity organization that raises money for cancer patients, and she's pretty good in the classroom too. Erin currently has a 3.9 GPA.

Her goals now include competing in college, then the Olympics.