Lakes High School football coach Dave Miller is one of the winningest coaches in Washington state. 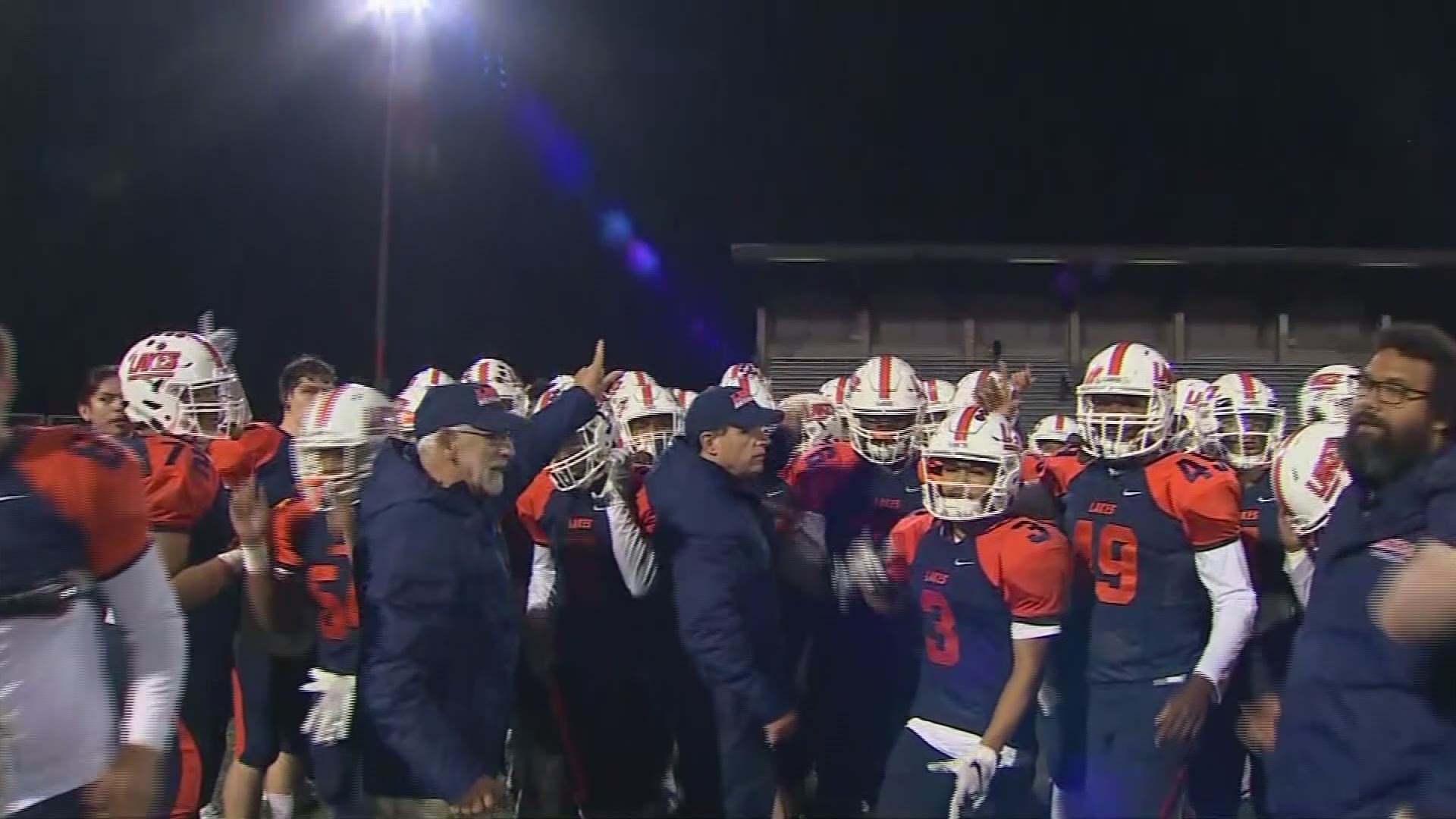 Over the past two decades, Lakes High School football coach Dave Miller has led the Lancers to 11 league titles, nearly 300 wins and 18 straight trips to the state tournament.

“It's been a total team effort,” explained Miller. “Assistant coaches, I've been blessed to have a lot of good men that have come into our program and impacted kids. [We’ve had] a lot of great kids, you know, and just the relationships you build. And you know, I feel like every time a kid goes on and becomes successful, it’s a championship.”

Miller started his coaching career in 1979 as an assistant at Clover Park High School. He took an offensive coordinator job at Lakes high in 1986 and took over as the head coach for the Lancers in 1999.

“My main thing is I just love the kids,” said Miller. “I love them up and they know that I believe in them and I care about them and I think that gives them wings to fly.”

Since 2000, Miller's Lancers have been to the championship game once, the semi-finals five times and the state quarterfinals three times. In 1997, Lakes beat Ferndale for the school's first and only state title. Miller remembers calling up a trick play late in the game to help Lakes win a thriller.

“We called a double pass with about a 1:21 to go,” recalled Miller. “Derrick Williams got the lateral and then he threw it to Mike Westbrook to the left side of the Tacoma Dome end zone and it was just a great deal. I still have people that come up to me that saw that game and say, ‘who called the double pass in the state championship game?’ I said, ‘well, we had to try something when you are trying to come from behind.’”

Miller has coached some great players including Reggie Williams, Jermaine Kearse and Zach Banner. And while watching former players in the NFL is rewarding, Miller takes pride in everyone he coaches.

“We've run a no-cut program because I really feel like we have high standards that you have to meet, but if you're going to meet those standards, I really could care less how good a football player you are,” said Miller. “I want you to be a part of something bigger than yourself. I want you to learn and grow, and just being a part of high school athletics. We all know what that can do for you.”

Miller was inducted into the Washington State Football Coaches Hall of Fame earlier this year. He gives a lot of credit for his success to his wife, Sonia. The two have been married for 43 years.

“She’s an amazing support system,” said Miller. “I think she really enjoys it, too. She enjoys relationships with the kids. We’ll have team dinners at our house, and she loves getting to know the kids as much as I do. And I think when your wife loves it as much as you do it makes it easy for a coach, for sure.”

Miller is 61 years old but said he has no plans of retiring anytime soon. He is in good health, good spirits, and is happy building a legacy at Lakes.

“You build a culture of how you want things done every day,” explained Miller. “When kids come and they buy into that, and they do things right on a daily basis in the classroom, in the weight room and on the field, just that culture of getting better together every day, it just leads to great success and that consistency, we're very proud of that consistency. I think anybody can have a great team once in a while, but to be in that mix every year, says something about your culture and how you do things every day and that's been something that we've been really proud of.”