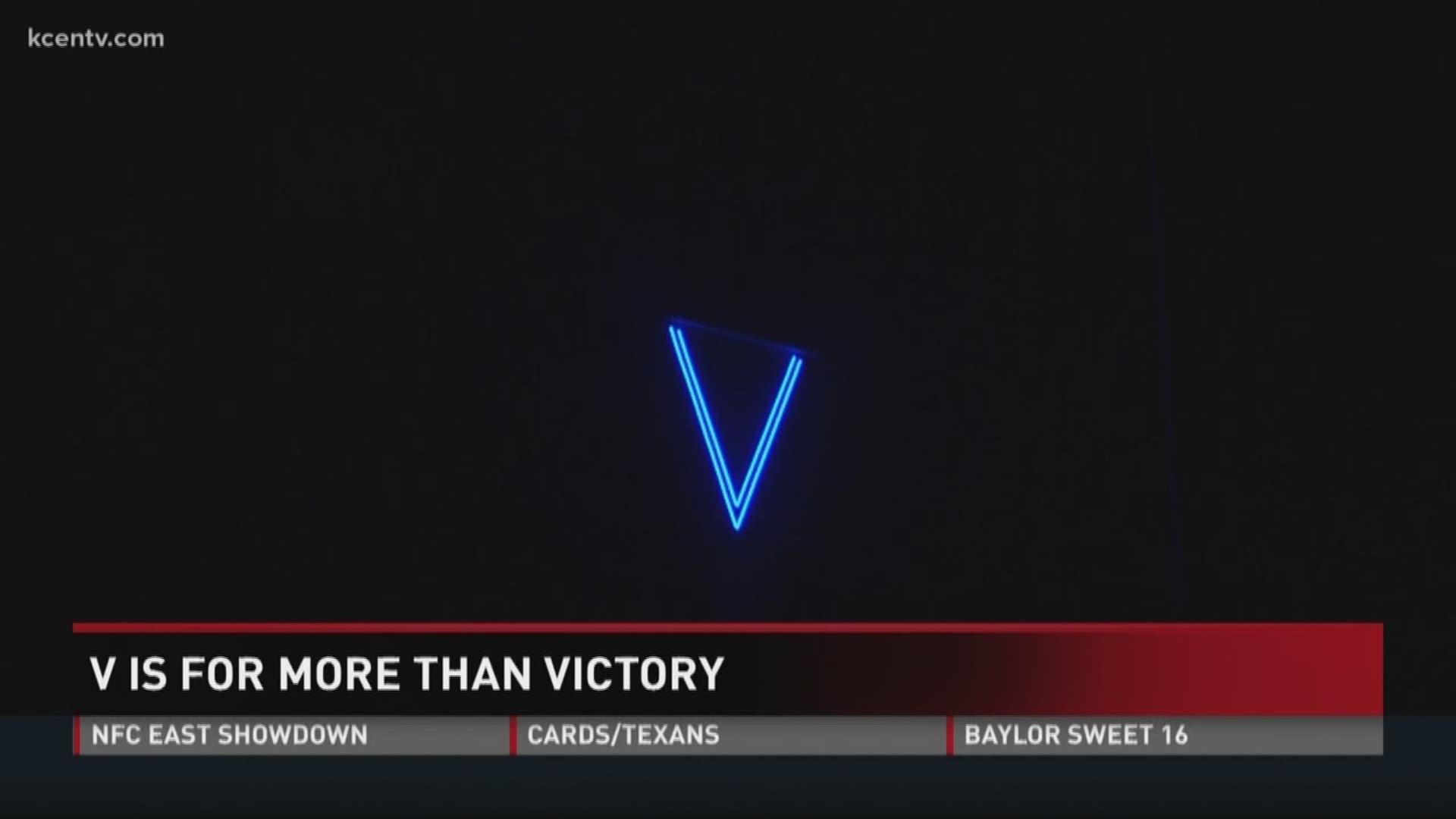 When fans see the blue “V” shining outside of Tiger Stadium, they'll know Rockdale has won its most recent game.

But what they might not know is that the Victory V didn't come without a loss.

"I just never thought it would happen to me, and when it did, I just couldn't believe it," Rockdale Senior tight end Tyler Lemkuhl said.

Rockdale Coach Jeff Miller called the loss a heartbreaking moment for the program.

Matt Lemkuhl, Tyler’s father, was a prominent member of the Rockdale community.

"He was always willing to do anything for us and for the kids. He cooked breakfast for the kids before playoff games. He would help with burgers, any time anything needed to be done, he was at the front of that." Miller said.

Before the 2017-18 school year began, the Lemkuhls went on vacation – one that ended in tragedy.

"That was kind of like the last trip we would take before two-a-days started. So, we got up that Sunday to go walking and that's when it happened. (Matt) didn't make it home with us," Michelle Lemkhul, Tyler’s mother, said.

The tragic loss was all too familiar for the Lehmkuhl family. Matt Lemkuhl shared a similar experience as a teen also.

"My dad lost his dad when he was 19 too… so I never got to meet my grandpa,” Tyler Lehmkuhl said. “I just think about my kids and how they'll never get to meet their grandpa, too."

As Tyler grieved a loss no kid should ever have to experience, he found solace in football.

But Tyler’s friends and family convinced him that is what his dad would have wanted – to strap on the pads and lace up his cleats under the Friday night lights.

"Tyler had a lot of good people in his ear and they said showing up for two-a-days is what your dad would have wanted and that's how you honor your dad," Michelle Lemkhul said.

Tyler honored his dad all season, but one moment on a beautiful October night awed everyone in the crowd.

On Oct. 6, when Rockdale faced Academy, Tyler set a school record for the longest touchdown catch in program history. But Oct. 6 wasn’t just the day Tyler broke a school record. It was also the two-month anniversary of his dad's passing.

"(That) night, someone pointed out how beautiful the sunset looked. So, I had my video camera up and I took a shot of the sunset because it was so beautiful. And on that very next play, they passed the ball to Tyler and he ran 99 yards and set that record. I know that Matt was watching over him," Michelle said.

The 99-yard seam route over the middle was Tyler’s first touchdown of the season. As Tyler crossed the end zone, he pointed to the sky, paying homage to the man he’d been playing for all season.

"It's kind of tough that I lost my dad before my senior season. But it's kind of cool -- my first touchdown and it's a record. I just wish he could see it. I know he'd be proud though," Tyler said.

While Tyler honored his father in the end zone, the Rockdale community, however, found a way to honor Matt Lemkhul off the field.

Several community members raised more than $11,500 in one day to fund the Victory V and establish scholarship’s in Matt Lemkhul’s memory.

"If you knew Matt, he would be so proud of it,” Coach Miller said. “Those were the things he loved -- the school pride and the pride of the athletic department were so important to him. The light obviously symbolizes victory, but also pride and that's right up Matt's alley."

The Victory V is special for everyone in Rockdale. But for Michelle, Tyler and her daughter Hannah, it means just a little bit more.

"I drove to the field, and you could see it from all directions. To see the people who were stopped in the parking lot, looking at it, I think people can know that Matt would be proud and honored," Michele said.

Tyler said seeing the light of the Victory V makes winning a little bit more special in his heart. He said his father’s memory drives the Rockdale Tigers to keep it lit.

So, even though Matt Lehmkuhl won’t be seen in the stands on Friday nights, when Rockdale sees that Victory V shining bright... they'll know he's watching.

Rockdale defeated Malakoff in the bi-district round of the UIL State playoffs, so the “V” will remain lit until the Tigers take on Woodville in the area round, and hopefully long afterward.