William Wang is having a senior season to remember while maintaining a 4.0 GPA and keeping up with his viola practice. 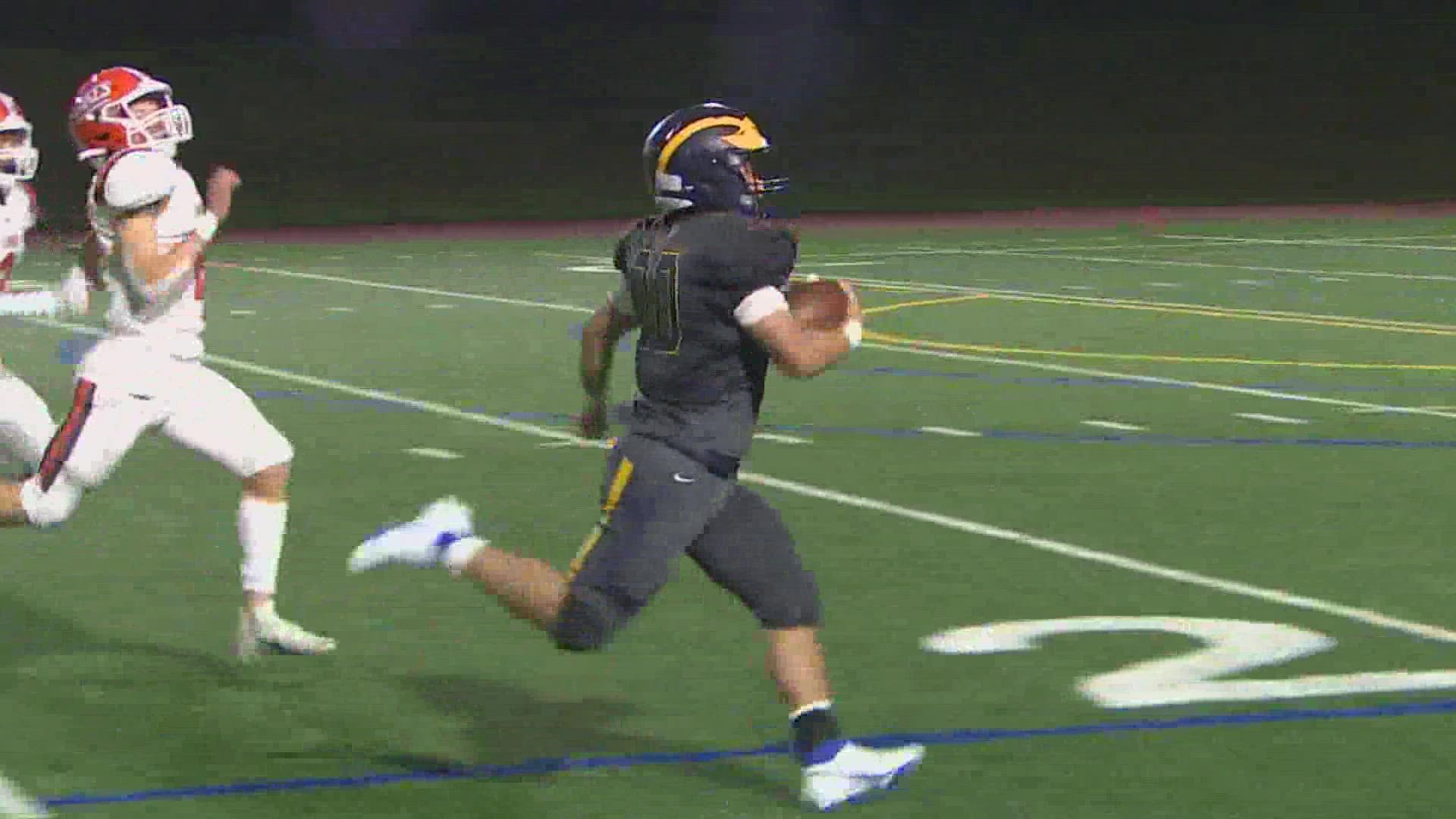 BELLEVUE, Wash. — Bellevue running back William Wang is having a senior season to remember.

In the first round of the state playoffs, Wang scored three touchdowns and averages over 10 yards per carry.

"He is disciplined, he is tough, he is a great teammate," said Bellevue Head Football Coach Michael Kneip. "He is just a selfless kid, if I could coach a million William Wangs I would love too, he is one of those kids you meet and you know how special he is."

"You just have to trust everyone around you, trust that they are going to do their job, so they can let you do your job, you just got to follow your blockers and run through the holes," said William Wang.

William can run the football, but he's also an MVP in the classroom. He has a 4.0 GPA, scored a 1560 on his SAT and had a perfect score on his ACT.

"He doesn't miss practice to study, he just stays up and grinds, I remember he texted me one day at 3:00 am, and it said, hey coach, I just finished my assignment and I'm like wow, I've been asleep, but that's what it takes," said Kneip.

And there's more to his story. He's been playing the viola since the 5th grade.

"I love being able to make music, I really like music," said Wang. "It's a little bit like football, you have to work together with other people to make something greater than just yourself."

He's the Beethoven-Bo-Jackson of Bellevue that proves balance is a good thing.

"He loves math club, he loves his music, and he loves his football and he's able to do them all at a high level," said Kneip.

"It's like a family here, we're more than a group of friends, everything we have gone through, the hardships and the victories," said Wang.

William is hoping for three more wins, which in this equation, would equal a state title.