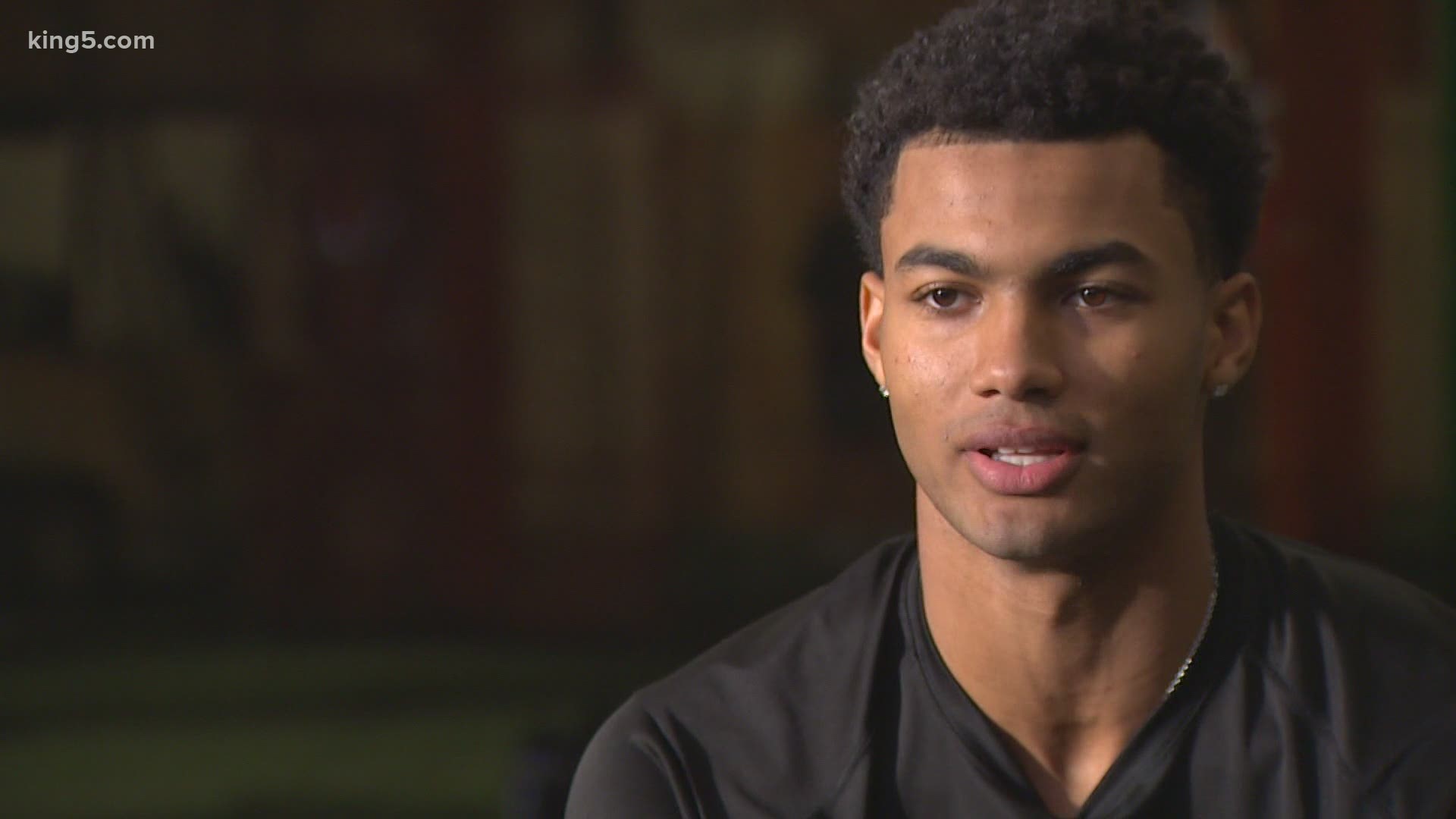 Many Washington high school athletes are hopeful to begin playing sports again in February. But for now, they wait. The KING 5 Sports Department, however, won't wait to honor the Class of 2021, starting with the state’s top-ranked baseball player.

18-year-old Malakhi Knight could go down as the greatest athlete in Marysville-Getchell High School history. The reigning Gatorade Baseball Player of the Year is a 6’3" centerfielder that is a five-tool player.  He can hit for power and average, he can field, he can throw and he’s about as fast as they come.

“Speed is one of the most important things," Knight said. "It helps you run down fly balls and get to the gap to cover the outfield. Ground speed is really important."

He grew up playing every sport possible, but it was baseball that he fell in love with, “I started playing baseball when I was like six or seven, a long time ago. I just love everything about it."

This past summer, Knight and O’Dea senior Max Debiac were both selected to play for the prestigious Perfect Game All-American team, which consists of the top 50 players in the country.

“It was really cool," Knight said. "It was a great experience, we got treated like royalty and it was cool playing against all the best players from across the country."

In December, Knight committed to play for UCLA, but some scouts believe he could be a high pick in the next MLB draft and could even go in the first round.

“I’ve worked so hard my whole life, so it's definitely pretty cool to find out that all my hard work is kind of paid off and up to this point. So, I've enjoyed it. Playing in the big leagues has definitely been like one of my biggest dreams ever since I can remember,” Knight shared.

But before the Bruins or the Bigs, he is hopeful for one last run with Getchell, but it’s not just about baseball. As a junior, Knight averaged over 26 points and 10 rebounds a game for the Chargers basketball team and he’s already the all-time scoring leader in Getchell history.

“Definitely, it's always good when basketball season comes around to take a few months' break from baseball. Baseball can be year-round so it's cool to just get away from it for a little bit and play basketball with my friends,” Knight said.

He understands the importance of health and safety, but he’s also hopeful for a few more high school moments before he heads off to chase his big-league dreams.

“I mean, for us seniors, it’s our last year playing, some people aren't going to go on and play at the next level," Knight said. "And so, it's important for them to play one more season, especially for me with basketball, it's my last year playing basketball ever. We've all been playing since we were like little kids. Senior year is our most important year."

Knight credits his parents for pushing him to have balance in life. He’s not only good in sports, but he also maintains a 3.7 GPA and says he’s also a pretty good fisherman.