Watson had season-ending surgery after multiple shoulder dislocations last season. This year, he wants to prove he's "back and even better." 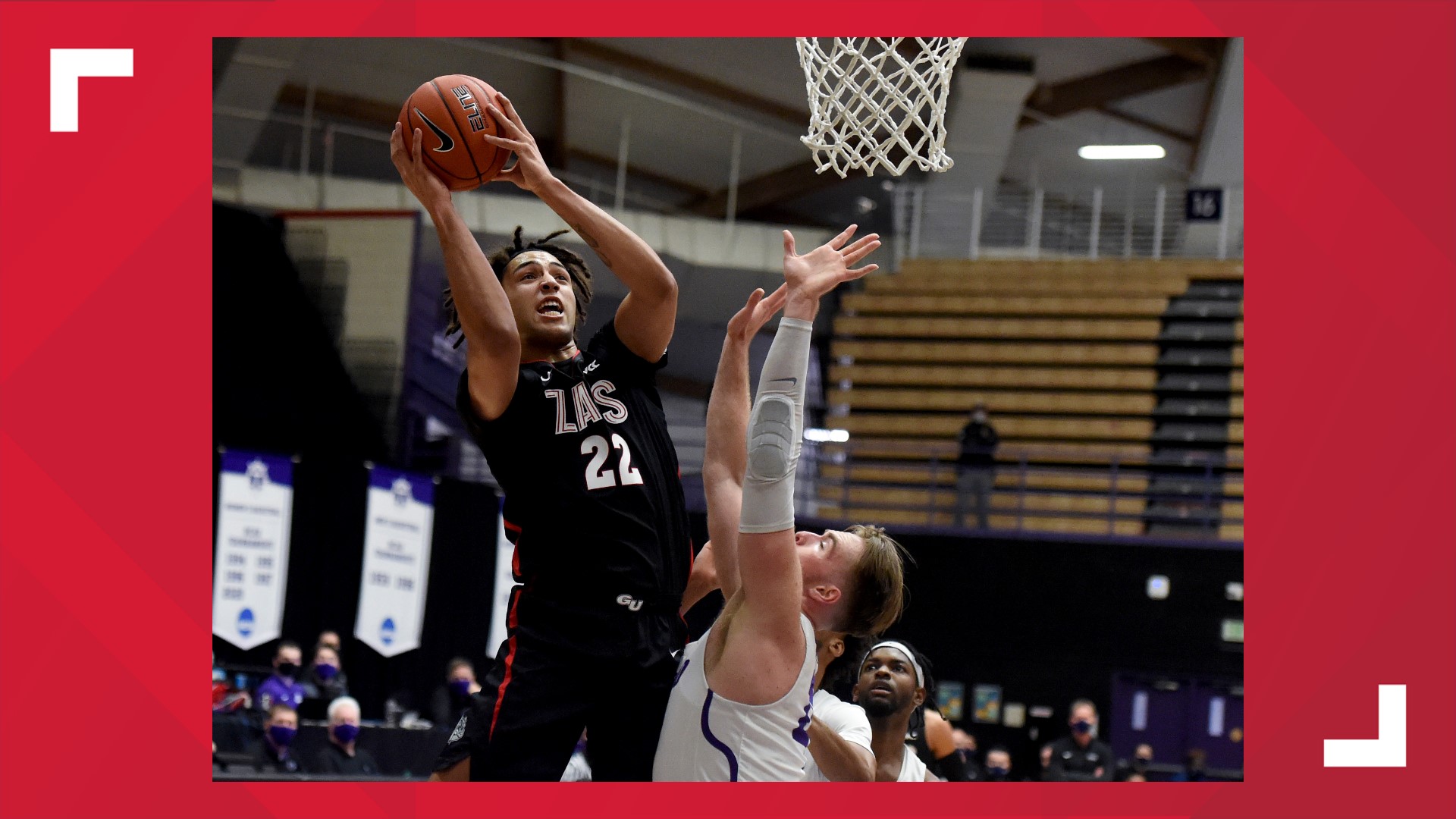 Considering what he went through last season, it is a sense of relief for the former Gonzaga Prep standout. Watson had to have season ending surgery on his left shoulder after it dislocated multiple times throughout the season.

He tried to play through it for about two months of the season. Oftentimes, he would look hesitant to use his left arm or protect it from further injury. That made it tough to play.

"The way I play my game is reaching and poking, and getting loose balls and stuff," Watson said. "I was definitely more shy and tentative to use my left shoulder. I had to change the way I played and I didn't like that at first."

The fourth game he had a dislocation was against Loyola Marymount. After that time, the team decided it was best for Watson to have season-ending surgery.

"I've never been in a situation like that where I had to stop playing in the middle of the season," Watson said. "I was pretty hurt, but I just knew I had to stay positive."

The road to recovery had Watson doing plenty of shoulder exercises.

"I think I know every shoulder exercise in the book," he said with a smile.

After all that work to get healthy, coming into this season, he was ready to prove what he was made of.

"I wanted to prove that I'm back and even better," Watson said. "I'm playing for the number one team. We can do a lot of big things this year."

He's certainly performed well. His defense has been on display consistently. One of the most notable areas is when he jumps the passing lane, gets a steal and turns it into a dunk.

"You know at Gonzaga Prep, my high school, all they taught was defense so I took pride in that," he said. "I think that will be one of the big things that will get this team going and get us far in the tourney."

On offense, he has one of the highest two-point field goal percentages in the country. He even recorded a career high with 23 points against Portland in a 116-88 Zags win earlier this season.

It's all just been clicking for him.

"It feels so good," Watson said. "That's what I've been waiting for since last year when I was down. I was just waiting for these games."

Through all he has been through, Watson's main goal hasn't changed.

"I think we're trying to get the natty man," he said with a laugh talking about bringing home first men's basketball national championship.

With Watson's contributions, this team is well on its way to try and accomplish that.

Watson has started 16 of Gonzaga's 17 games this year. He's averaging eight points and about five rebounds per game.

I spoke with Gonzaga forward Anton Watson about his recovery from shoulder surgery last year to starting this year.

Story coming later. Something that won't make the story, but I asked him about was his game ending dunk against Pepperdine the other night. @twonster4080 pic.twitter.com/Shqhowv0bK