Gonzaga coach Mark Few to be suspended for first two exhibition games, 1st game of the season for DUI arrest

Few will also not be present at Kraziness in the Kennel on Saturday. 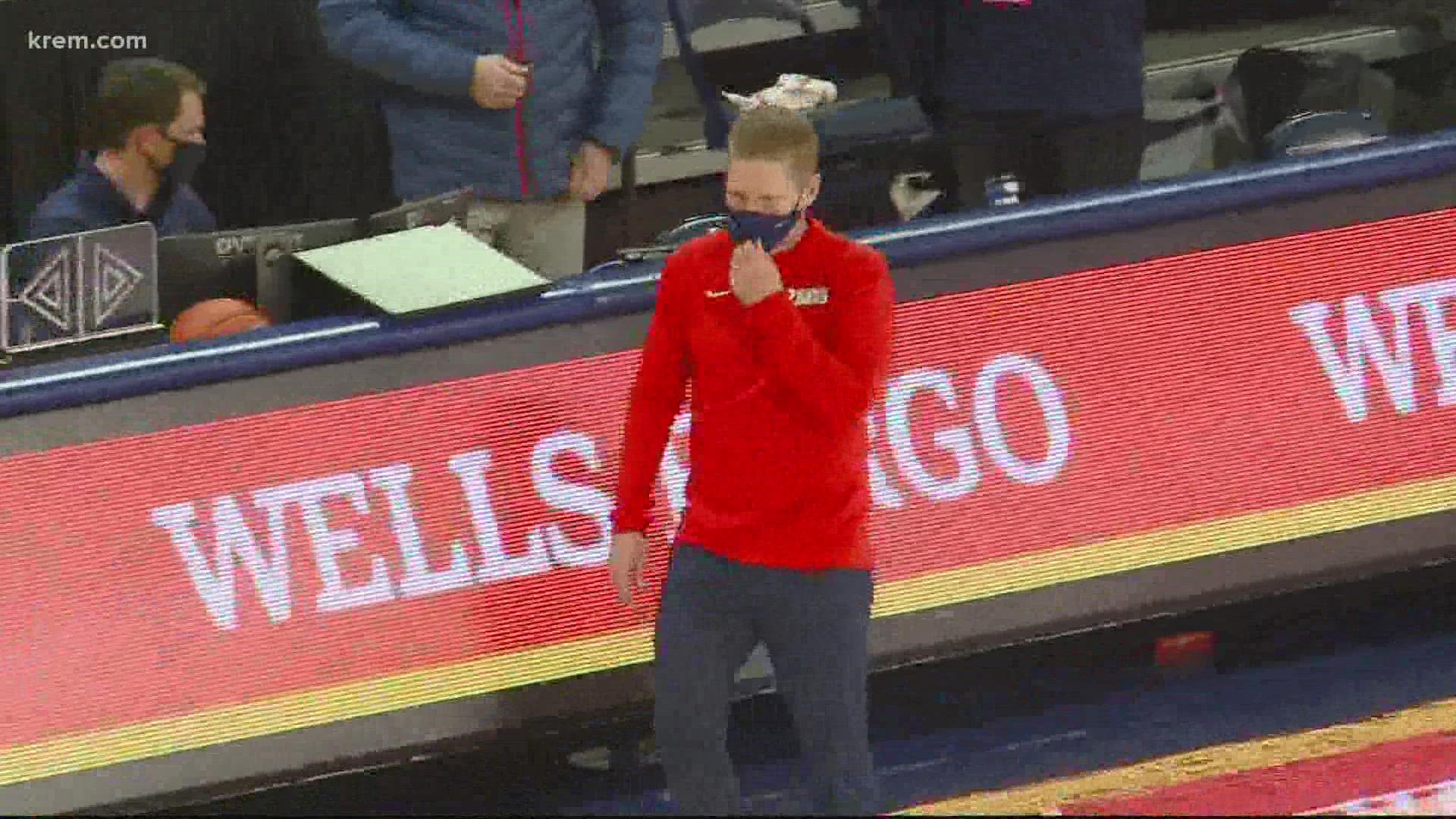 SPOKANE, Wash. — Mark Few will serve a three-game suspension for his DUI arrest to begin the Gonzaga basketball season, Few announced on Saturday.

Few was called in to Coeur d'Alene police after nearly hitting three street signs while driving in North Idaho on the night of Sept. 6, court documents say. When he was stopped in Dalton Gardens, police smelled alcohol on his breath. He originally refused to get out of his car and only did so when the officer told him that it was not optional, according to documents. He struggled to stand up straight and had to use the car as support after he got out. Few eventually blew a .119 and .120.

Few will miss the team's two exhibition games against Eastern Oregon on Oct. 31 and Lewis-Clark State on Nov. 5 and first game of the regular season against Dixie State on Nov. 9. He will also not be present at Kraziness in the Kennel on Saturday.

"I have had a month to reflect on the regretful decisions I made on Sept. 6. I again offer my sincere apology, and I remain committed to learning from this mistake," said Mark Few in a statement provided by the university. "I know this impacts our student-athletes and the coaching staff as we begin the season. I understand the severity of my actions and am sorry for the impact this consequence has on our team. Thank you again to those who have supported me, my family, and our program throughout this process."

Few's three-game suspension makes sense, as the university suspended former Gonzaga guard Josh Perkins for two games  — an exhibition game and the season opener  — for a DUI in 2016.

"Given Coach Few’s announcement, as Athletic Director I believe it is possible to both address the seriousness of an incident and the need for accountability, while extending support and compassion to one who both accepts responsibility and commits to resolve their failing," said Gonzaga Athletic Director Chris Standiford in a statement. "Coach Few’s statements regarding full accountability are a reflection of his character and consistent with his demonstrated leadership approach over two decades. Even as the University continues to work through and address this matter with Coach Few, I continue to have full faith and confidence in his leadership of this program."

"Coach is a great leader. He leads us every day, in and out. No one's perfect and everyone messes up," Timme said. "He's taken his punishment like a man and he's owned up to it. We have nothing but respect for him and we'll stand by him no matter what."