While the Bulldogs may not have completed the perfect season, they still made a lot of history in a year impacted by the COVID-19 pandemic. 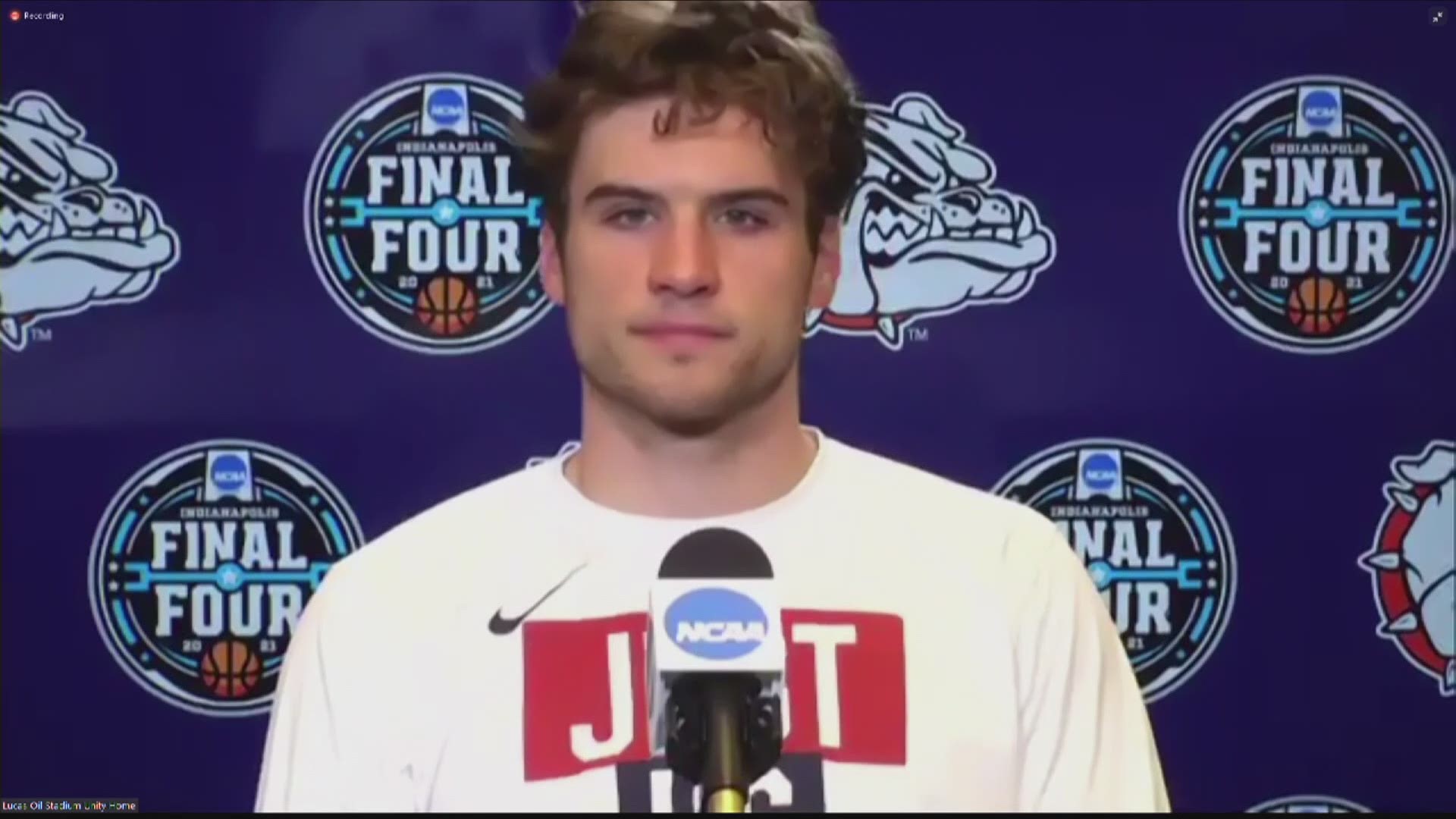 SPOKANE, Wash. — The #1 Gonzaga Bulldogs came up short of a historic undefeated season, losing for the first time in the national championship game to #1 Baylor 86-70.

The Bears came out hot early, leading by 19 at one point in the first half. The Bulldogs tried to come back, but came up 16 points short in the loss. The Bulldogs finish the season 31-1.

Even with the loss, Gonzaga had a historic season on their run to the program’s second-ever Final Four and National Championship appearances.

They won at least 30 games for the fifth-straight season, an NCAA record. They also set a streak of 27 games won by double digits, which is also an NCAA record. Gonzaga also holds the record for most double-digit wins as the Associated Press top-ranked team.

When Gonzaga won the West Coast Conference Championship over BYU earlier this year, they became the only NCAA D-I team to win a conference championship game after allowing 50 or more points in the first half.

The Bulldogs became the only program in the Naismith Starting Five Awards’ seven-year history to have four players named as finalists in the same season: Corey Kispert, Drew Timme, Jalen Suggs and Joel Ayayi.

This year, the Zags also became the first team to ever beat four teams ranked in the top 20 in the Associated Press Poll in the first seven games of the season. That run was capped by a 23-point win over then-No. 16 Virginia on Dev. 26, which also was Gonzaga’s largest victory over a ranked team under Mark Few.

When it comes to program records, Gonzaga broke their own for most straight weeks atop the Associated Press poll. They also became the first team since the 1990-1991 Loyola Marymount team to open its season with 11 straight games scoring 85 or more points.

Ayayi recorded the program’s first triple-double in a road win against Portland on Jan. 9. He finished that game with 12 points, 14 assists and 13 rebounds.

Head Coach Mark Few surpassed 600 wins as a coach, and his total remains the highest in program history by a wide margin.

And let's not forget that historic buzzer beater by Jalen Suggs in overtime of the Bulldogs Final Four game against UCLA to get them to the national championship game.