Gonzaga was looking to cap off a perfect season with the program's first national championship, but fell short in the 16-point loss to the Bears. 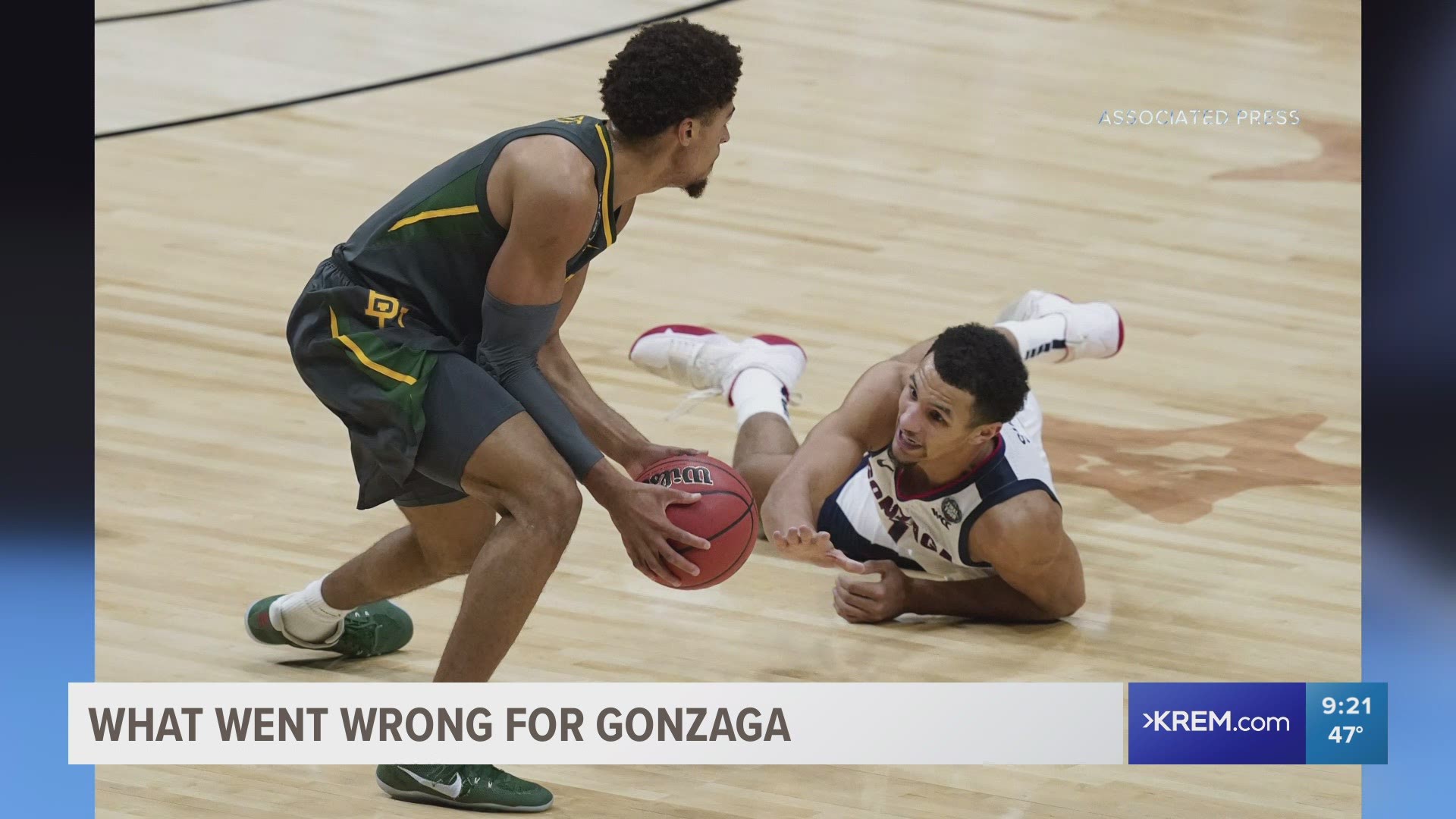 INDIANAPOLIS — The #1 Gonzaga Bulldogs came up short of their first national championship in program history with a 86-70 loss to the #1 Baylor Bears in the title game on Monday.

The Bears came out hot, leading by 19 at one point in the first half. Gonzaga cut the lead down to 10 by halftime, but couldn't seem to find rhythm in the second half.

The national title is the first for Baylor.

Gonzaga set a number of records this year. They reached at least 30 wins for the fifth time and won 27 games by double-digits, both NCAA records.

Gonzaga finishes the year with a 31-1 record. Baylor finishes with a 28-2 record.