Gonzaga commits Perry, Gregg hope to 'be one of those big-time duos' for the Zags

Perry and Gregg have played for the same AAU team, so they already have built-in chemistry. 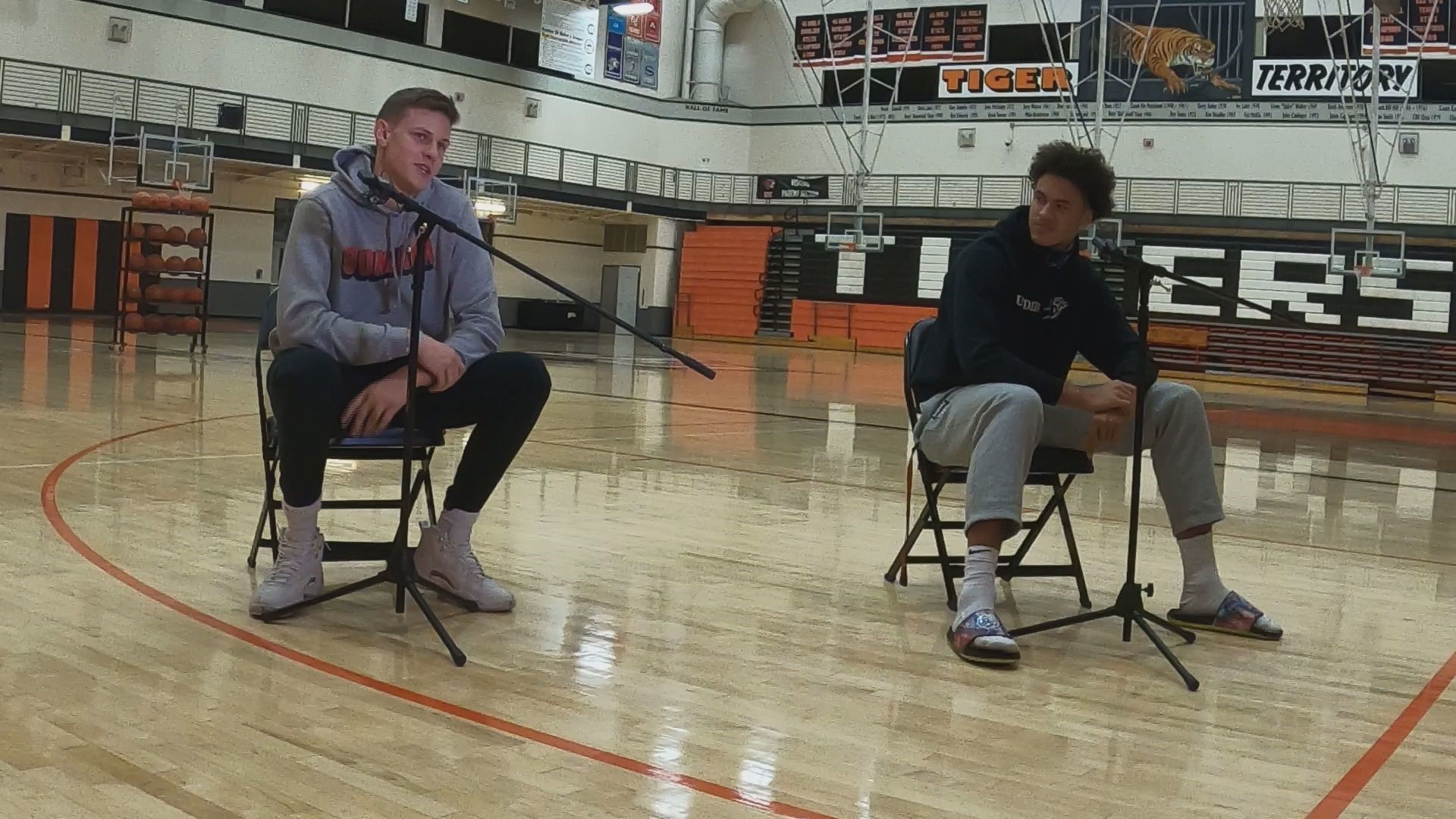 “I knew he really wanted to go there," reflected Kaden on Ben's path. "I talked to him at a couple of tournaments when we were roommates. I asked him, ‘Man, if you could go anywhere, what school would you want to go to?’ He said, ‘I want to go to Gonzaga with you, buddy!’”

Kaden committed to the program nearly a year-and-a-half ago. Ben was set on committing to a different school this summer before Gonzaga swooped in at the last minute.

“He texted me I think a week before his announcement came out and he said, ‘How are you doing, teammate?’ and I was like, ‘Oh, sick!’," said Kaden as Ben laughed. "I’m proud of him and I’m looking forward to playing with him some more.”

Loved this anecdote from Kaden that didn't make the piece.

Not only did teams stop recruiting him once he committed to Gonzaga, teams knew before he even got an offer that he was headed there. pic.twitter.com/oKMIN51q6H

Gregg and Perry certainly aren’t strangers with each other, especially since they’ve played together for the Rose City Rebels AAU team. Unlike other Gonzaga recruiting classes that sometimes hail from all over the world, the duo already have built-in chemistry.

“It’s super exciting. I’m looking forward to stepping on campus with him, and I think we’re going to make a big splash once we get there,” said Ben.

“Hopefully we can be one of those big-time duos like Clarke and Rui. We play pretty different for both being tall guys and hopefully we can compliment each other like we did with the Rebels,” said Kaden.

That chemistry also will be helpful off the court. They’re hoping to be roommates at Gonzaga as well.

“To have Kaden there will be really nice for me. It’s a familiar face. Just someone who will always have my back, and I’ll have his for sure,” said Ben.

“I’ll have someone I can talk about being nervous to and all of my new problems I’m going to have at GU,” said Kaden with a laugh.

Finally, the pair is hoping that that chemistry leads them to their ultimate goal for their time at Gonzaga.

“That was one of the biggest factors of us going there is because they’re a top-level team. They’re going to be playing for a national championship year in and year out,” said Ben.

“Hopefully it’s the same case when we get there for the preseason and just win a ‘ship,” concluded Kaden.