Corey Kispert, Joel Ayayi and Anton Watson signed autographs for fans. Kispert in particular received a lot of love from the Gonzaga faithful. 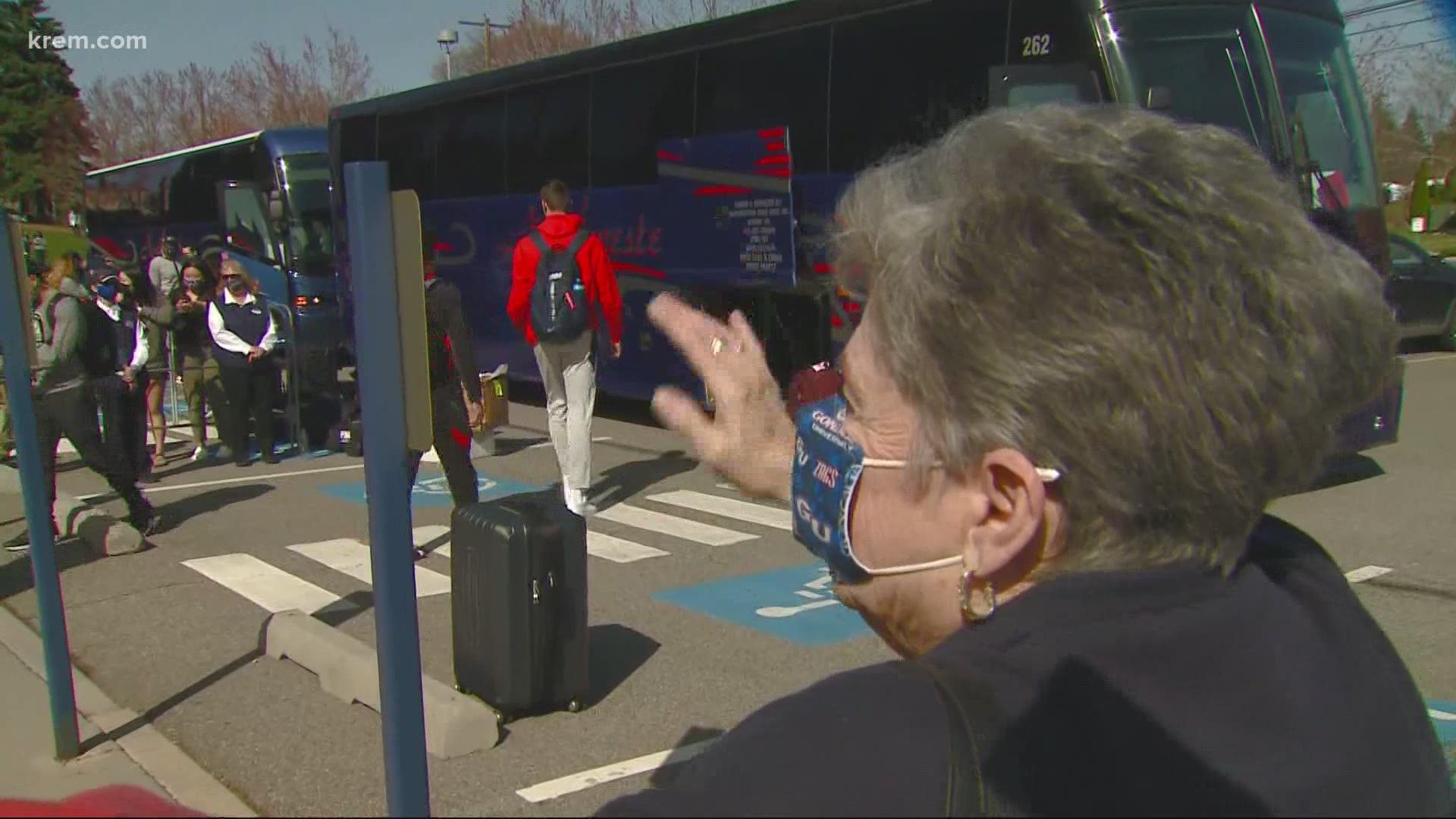 SPOKANE, Wash. — A group of enthusiastic fans greeted the Gonzaga men's basketball team on Tuesday as they returned to Spokane following a near-perfect season.

The No. 1 Bulldogs lost for the first time this season in the national championship game to No. 1 Baylor 86-70 on Monday night. Even with the loss, Gonzaga had a historic season on its run to the program’s second-ever Final Four and National Championship appearances.

The Zags' flight from Indianapolis touched down in Spokane at about 2:45 p.m. on Tuesday. From there, the team headed to McCarthey Athletic Center where fans were waiting for a homecoming celebration. Players on the Gonzaga women's soccer team were among those in attendance.

Drew Timme offered fist bumps and waved as fans shouted their thanks to the mustached Gonzaga starter. Anton Watson, Corey Kispert and Joel Ayayi also signed autographs for fans. Kispert in particular received a lot of love from the Gonzaga faithful.

Gonzaga’s Corey Kispert getting a lot of love from fans. pic.twitter.com/PrXWkOuv9q

Click here or watch RAW video below of the Gonzaga homecoming:

One member of Zag Nation told KREM she was "so happy" to get autographs from the players and take part in the homecoming celebration. Another fan said she is "so proud of the team."

"Win or lose, we love them so much," she added.