KREM 2's Brenna Greene caught up with the Cougs legend and the game's color analyst to get his thoughts on Washington State's bowl game. 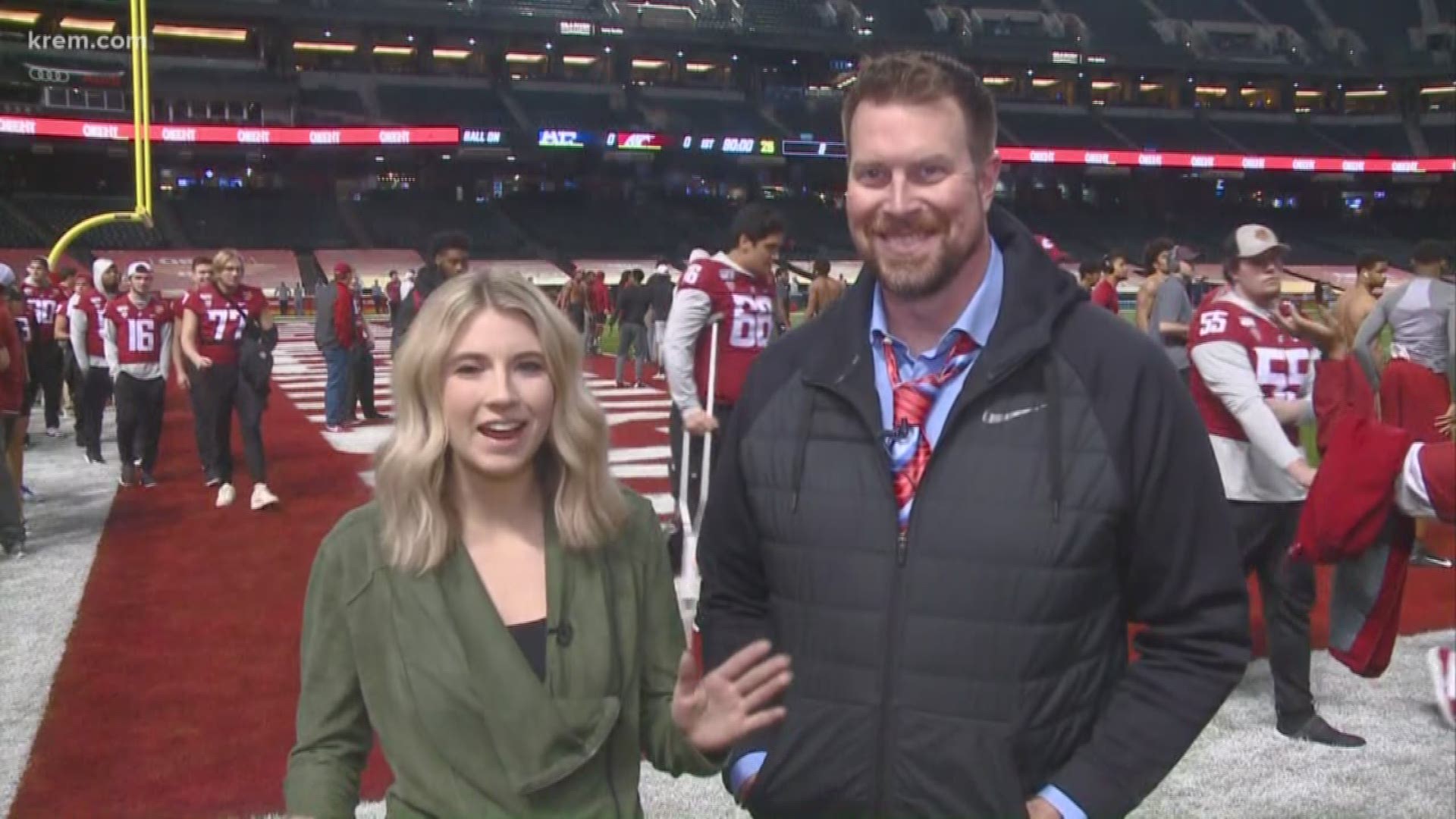 He said it is always hard separating his fandom for the Cougs and being a professional broadcaster.

"It's always hard because I root for them when I'm not calling their game so you know it’ll be a little difficult to not have that kind of emotion behind it," Leaf said.

"We really get a chance to spotlight Anthony Gordon and everything he's done," he said. "He's a pretty special guy but there pulling the trigger so that’ll be fun to see and call."

The Cougs are going for bowl wins in back-to-back years for the first time in program history. Leaf said he feels Washington State is capable, even though the team's record is 6-6.

"We normally hadn’t gone to bowls in consecutive years and what Mike Leach has brought to this program, five consecutive bowls is pretty special," Leaf said. "I think if they show up and play the way they can, the can accomplish that. You’re going to see this program continue to get better every year, especially with Mike Leach running the ship."

RELATED: Three keys: What WSU needs to focus on against Air Force in Cheez-It Bowl