Brynna Nixon is a junior at Fife High School and the Trojans backup quarterback. She made history during a varsity playoff game against Clover Park. 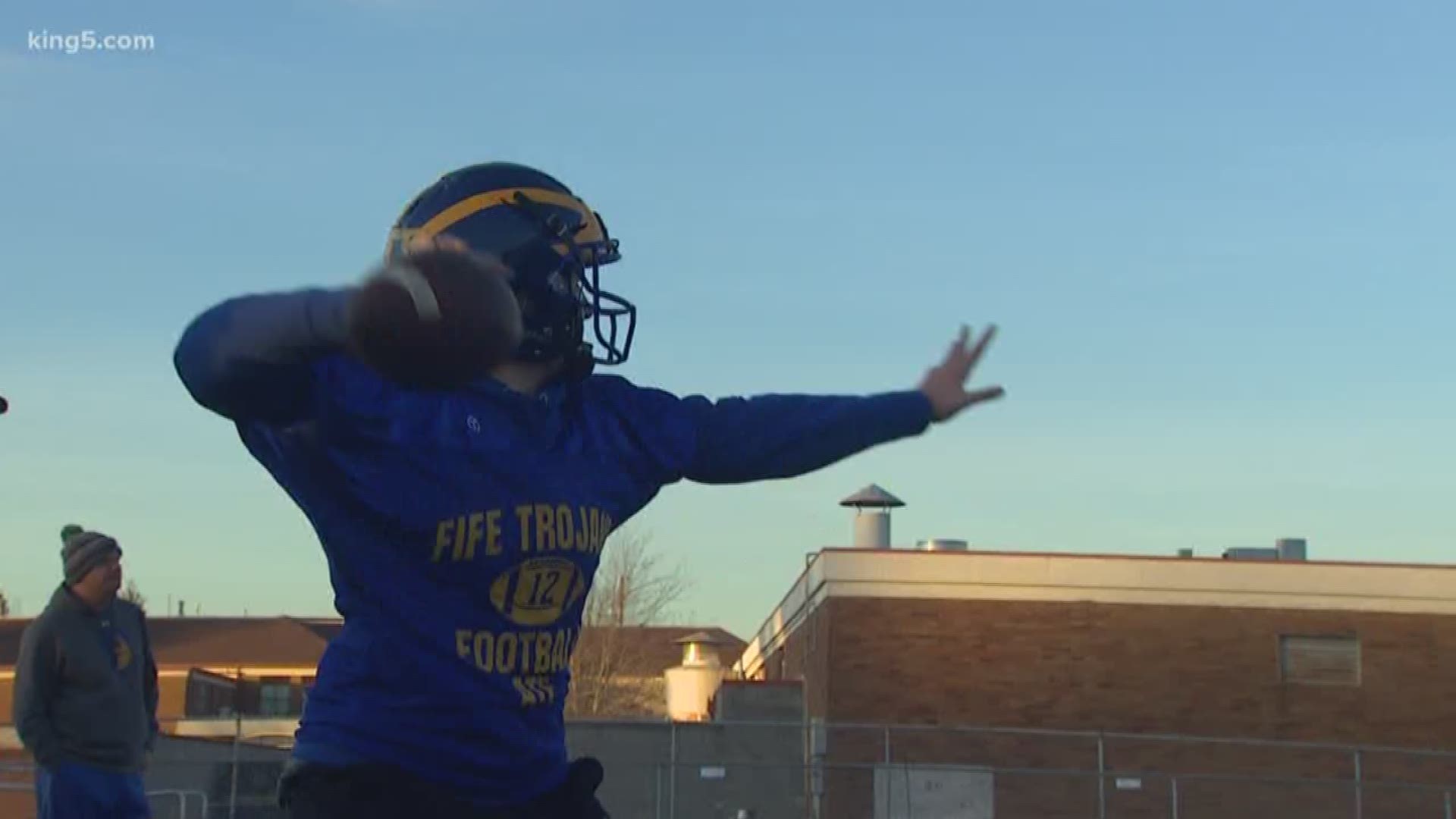 FIFE, Wash. — A young woman in Fife just made history with her play on the football field.

Brynna Nixon is a junior at Fife High School and also the backup quarterback for the Trojans.

On Friday night, the Trojans starting quarterback went out with an injury and Nixon stepped up to take his place.

It was late in the second half against Clover Park when Nixon threw a touchdown pass. It was the first time that's been done by a female quarterback during a varsity game in Fife history, and it happened during the playoffs.

Nixon is making waves in a sport that's typically dominated by male players.

"We don't treat her any differently," said Nevin. "And I think she is a trailblazer in that regard. She doesn't complain."

Nixon says she's loved football from a young age. She remembers watching the Seattle Seahawks and looking up to players like quarterback Russell Wilson. She says it's a great feeling now to be someone who others are looking up to.

"It's absolutely phenomenal," said Nixon, "to have this kind of opportunity, to have people look up to you in ways that you've looked up to other people."

Nixon says her parents were on board with her playing football, saying they weren't going to say no just because she's a girl.

Nixon wants to continue inspiring other young girls to play the sport of their choice.

"Play your sport. Play the sport you want to play, no matter what it is," said Nixon.

In addition to football, Nixon also plays Lacrosse and basketball. Over the weekend, she was the MVP at a national Lacrosse tournament in Chicago.

If Fife's starting quarterback is unable to play in Friday night's playoff game against North Kitsap on Nov. 8, Nixon will be the starter.