The coronavirus pandemic changed the face of high school sports across the country. Meet 5 equestrians from South Kitsap who are riding out the changes. 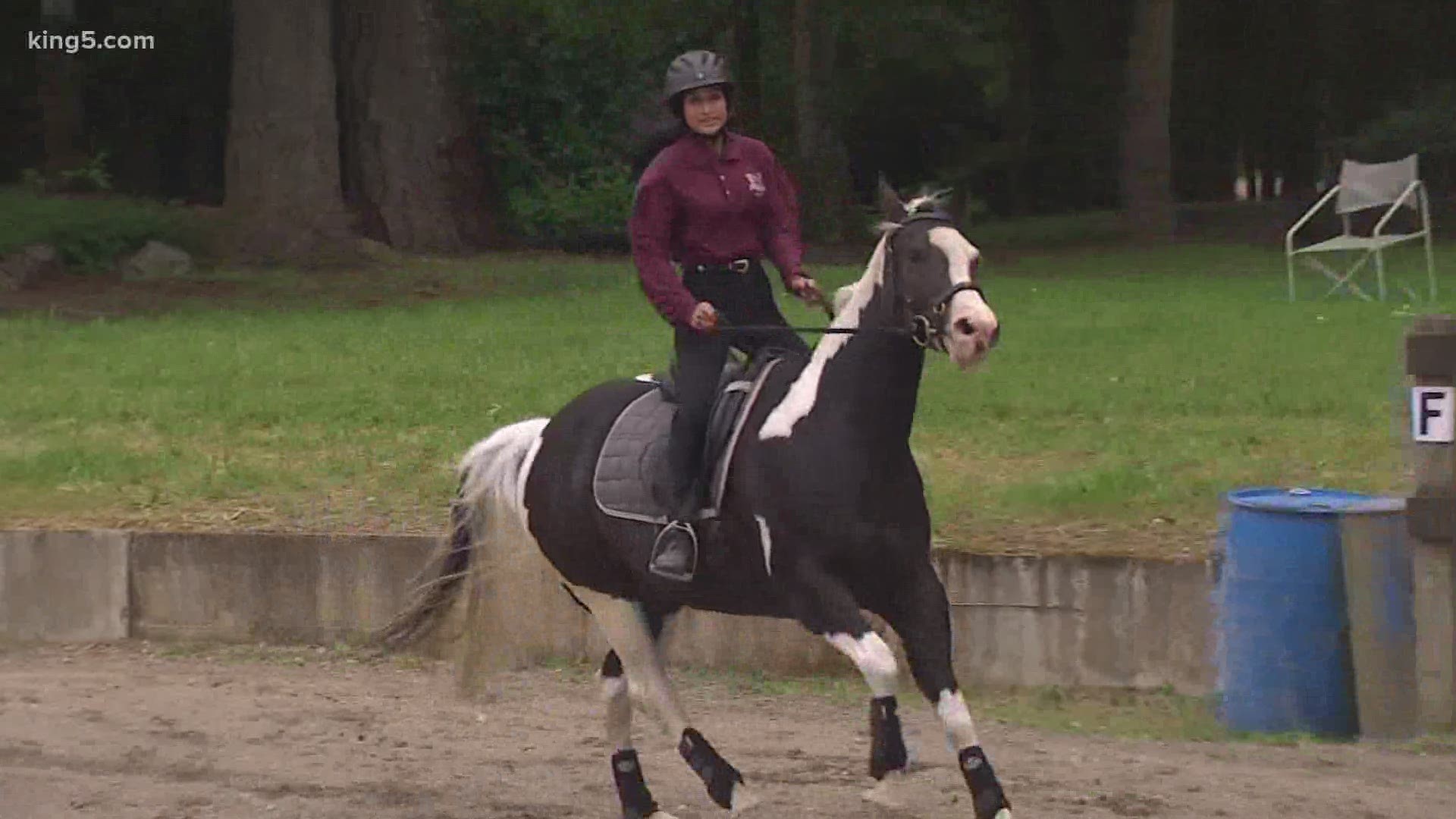 Katie Montalvo from Gig Harbor has been riding horses since she was six. As a 9th grader, she joined the South Kitsap Equestrian Team.

“I love how much it brings you out of your comfort zone," Katie said. "I started this team four years ago. I was a freshman, kind of within her own self, I didn't really know what to do. I found out about the WAHSET team, and this big community and family that welcomed me with big arms."

South Kitsap head coach Denise Stephens talked about the success of her chapter. “We have 26 kids on the team and they compete in every event you could possibly think of."

Five years ago, the South Kitsap team, which represents over seven schools in Kitsap County, had only 4 kids.

“I’ve been on it for the past three years and I love it so much. I've ridden horses since, as long as I can remember and just getting on a team like this where we're so close, everyone's family, it's amazing because everyone's supporting everyone in every event, no matter what,” said Ambyr Halfhill from South Kitsap.

Halfhill was excited about big things in 2020 before the pandemic ended the season.

“That was really hard for me," she said. "I placed really well in the first meet day and so I was really excited to see how I would do in the other two meets, hoping I'd make it to state. And then when it got canceled, I was kind of heartbroken because we had finally gotten our groove,” said Halfhill.

“Barrel racing is a cloverleaf pattern with three barrels... And it's my favorit, I like to go fast,” said Taylor. She isn’t the only one who loves speed.

Sadie White has been riding since she was three and also barrel races. Four years ago, Peninsula’s Kayla Cameron didn’t know much about riding, now she’s at ease on her horse.

“Before I started WAHSET, I had only been riding for maybe a year, and they helped me grow as a rider, and as a person,” Cameron said.

All five seniors are sad about losing their final year, but also proud of the lessons they’ve learned. Most importantly, as they prepare to ride down different paths, they’ll never forget the friendships made.

“This team is the world to me, we are such a big family. We're always there to support each other,” said Montalvo.

“We're all super close, tight knit... It gets to be like we're just family... and I really enjoy it,” Taylor said.

The South Kitsap team has 6 coaches and 2 advisors who do it for the love of the sport, not one coach is paid.