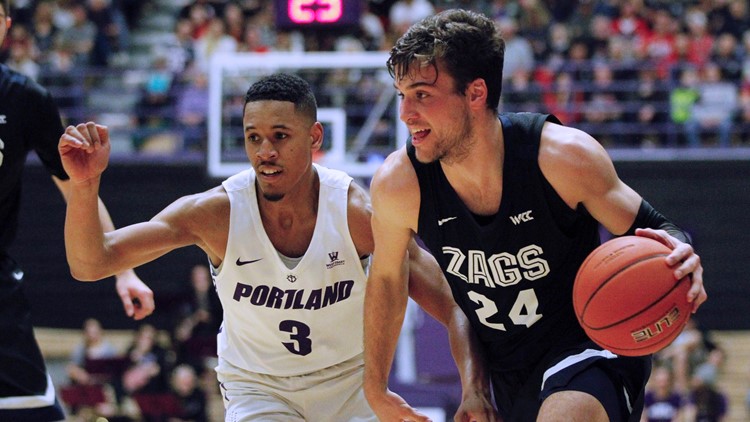 Killian Tillie scored 22 points and Corey Kispert added 18, and top-ranked Gonzaga rallied in the second half to beat Portland 85-72.

It was the Bulldogs' 12th straight victory over the Pilots. Ryan Woolridge had 15 points for Gonzaga, which opened West Coast Conference play with its seventh straight win.

The Bulldogs' lone loss this season came in the Bahamas on Nov. 29 to Michigan. It was the fifth straight loss for Portland. JoJo Walker led the Pilots with 15 points.