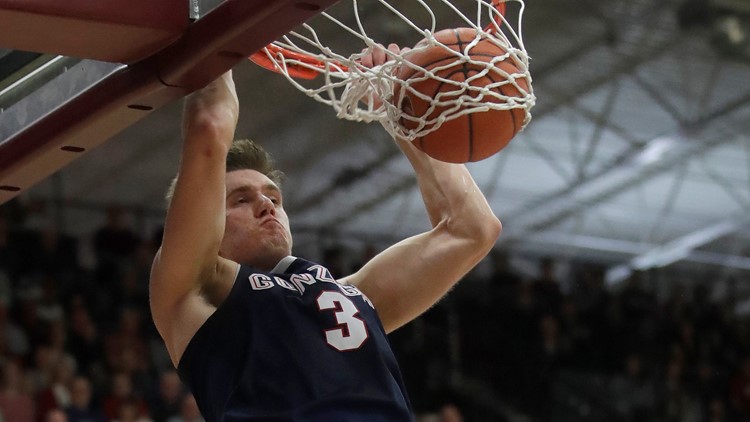 Filip Petrusev had a career-high 31 points and nine rebounds and No. 2 Gonzaga pulled away late in the second half and beat Santa Clara 87-72.

Gonzaga won its 14th straight and remains unbeaten in the West Coast Conference.

Josip Vrankic had 15 points and 12 rebounds for Santa Clara.

Gonzaga had a scare in the first half when Killian Tillie landed awkwardly on his left ankle.  He had to be helped into the locker room.  He didn't return to the game, but Tillie made his way back to the bench to cheer his team on to victory.

After the game, coach Mark Few called it a sprained ankle, but they would have it re-examined on Friday.