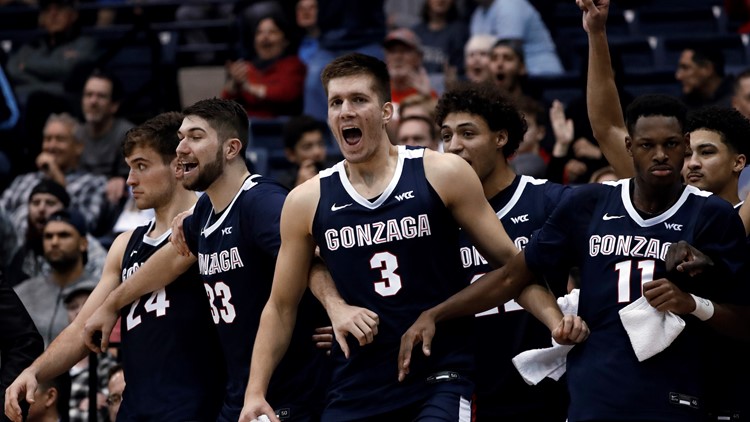 Photo by: AP
Gonzaga forward Filip Petrusev (3) celebrates with teammates during the second half of an NCAA college basketball game against San Diego on Thursday, Jan. 9, 2020, in San Diego. (AP Photo/Gregory Bull)

The Zags got a laugher after playing two close West Coast Conference games. Corey Kispert added 10  points for Gonzaga, which improved to 17-1 overall and 3-0 in the WCC.

The Zags won their  ninth straight game since their  only loss, to Michigan on Nov. 29.  Killian Tillie had 10 rebounds.

Braun Hartfield and two other Toreros scored nine apiece. USD fell to 7-11 and 0-3.

It lost to Gonzaga for the 11th straight time and the 22nd time in the last 23 games.