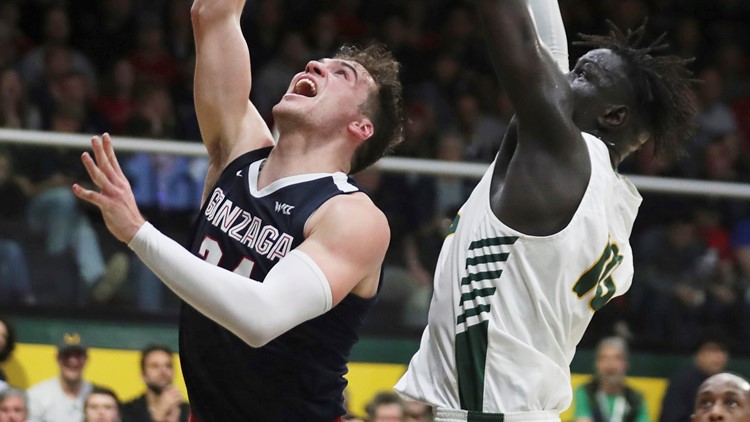 Corey Kispert's three-point play with 1:33 left put his team ahead for good and he then knocked down a jumper with 34 seconds remaining, leading No. 2 Gonzaga past scrappy San Francisco for a hard-fought 83-79 victory to extend its winning streak to 15 games.

Khalil Shabaaz made a 3-pointer with six seconds left to make it a two-point game in a furious, back-and-forth finish _ and that described most of the second half. The former Rainier Beach star scored 12 points off the bench.

Gonzaga has now won 37 straight games on the road in the WCC.