The Huskies are thought to be underdogs in the first round of the College Football Playoff against top-seeded Alabama. 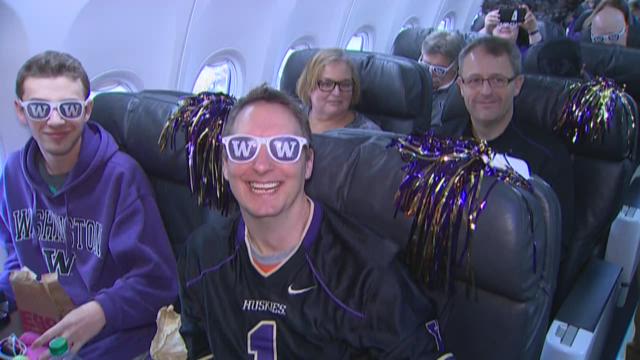 The Huskies are thought to be underdogs in the first round of the College Football Playoff against top-seeded Alabama, but the Amili family from Spanaway expects to see a big upset Saturday. 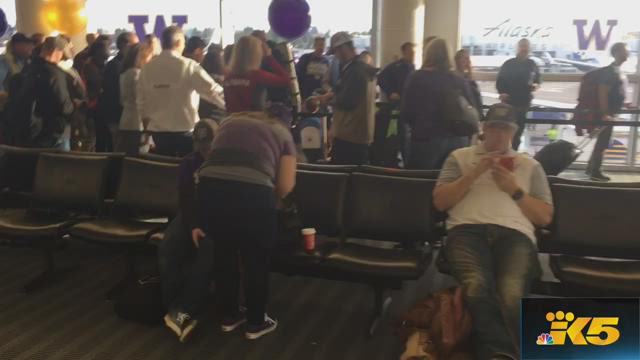 His father won two free airline tickets, hotel stay, and game tickets from Alaska Airlines. They were two of the 80 contest winners on a special chartered flight from Seattle to Atlanta Friday.

“It’s a great graduation gift,” said Omari Amili, who posted a picture of him graduating with a Master’s Degree from UW-Tacoma in December when he entered Alaska’s contest on Facebook.

He knows the Huskies are a longshot, but win or lose, he said the trip will be great.

“We’ve been to Portland before, but we’re actually going to Atlanta,” said Omari Amili. “Flying on a flight, it’s going to be a good experience with my son.”

Watch post-game coverage live from the field with fan reaction and player interviews on king5.com, the KING 5 App, and the KING 5 Facebook page.