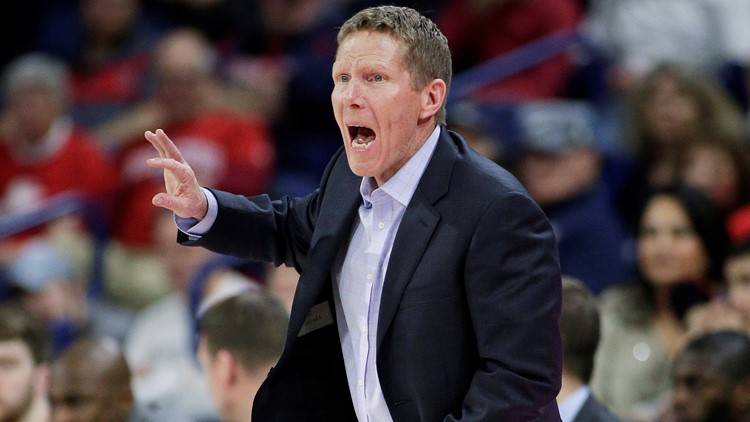 Photo by: AP
Gonzaga coach Mark Few shouts to his players during the second half of an NCAA college basketball game against Pepperdine in Spokane, Wash., Saturday, Jan. 4, 2020. Gonzaga won 75-70. (AP Photo/Young Kwak)

Filip Petrusev scored 16 points and Joel Ayayi had 12 for Gonzaga. The Bulldogs have the longest home winning streak in the country.

They has won eight consecutive overall since losing to Michigan.

Colbey Ross scored 24 points for Pepperdine. The Waves have has lost 38 straight games to Gonzaga since their last win in 2002.