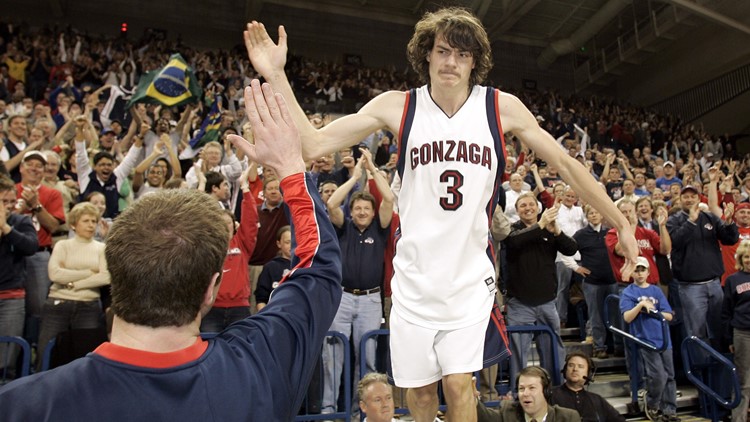 SPOKANE, Wash. — Gonzaga will honor former men's basketball forward Adam Morrison by hanging his jersey in the rafters of the McCarthey Athletic Center on Feb. 27.

His jersey will be the third Zags jersey to go up. The other two belonged to Frank Burgess and John Stockton.

The ceremony will be before a matchup against San Diego.

Morrison took the college basketball world by storm in 2006 with his skills on offense.  He led the nation in scoring and led the Zags to a 29-4 record overall. Gonzaga finished fifth in the Associated Press Poll that year.