Chet Holmgren, No. 1 recruit in Class of 2021, commits to Gonzaga men's basketball

Holmgren is the highest ranked recruit to ever commit to the Bulldogs. He averaged 20.8 points, 12.6 rebounds, 4.7 blocks and 4.5 assists per game last season. 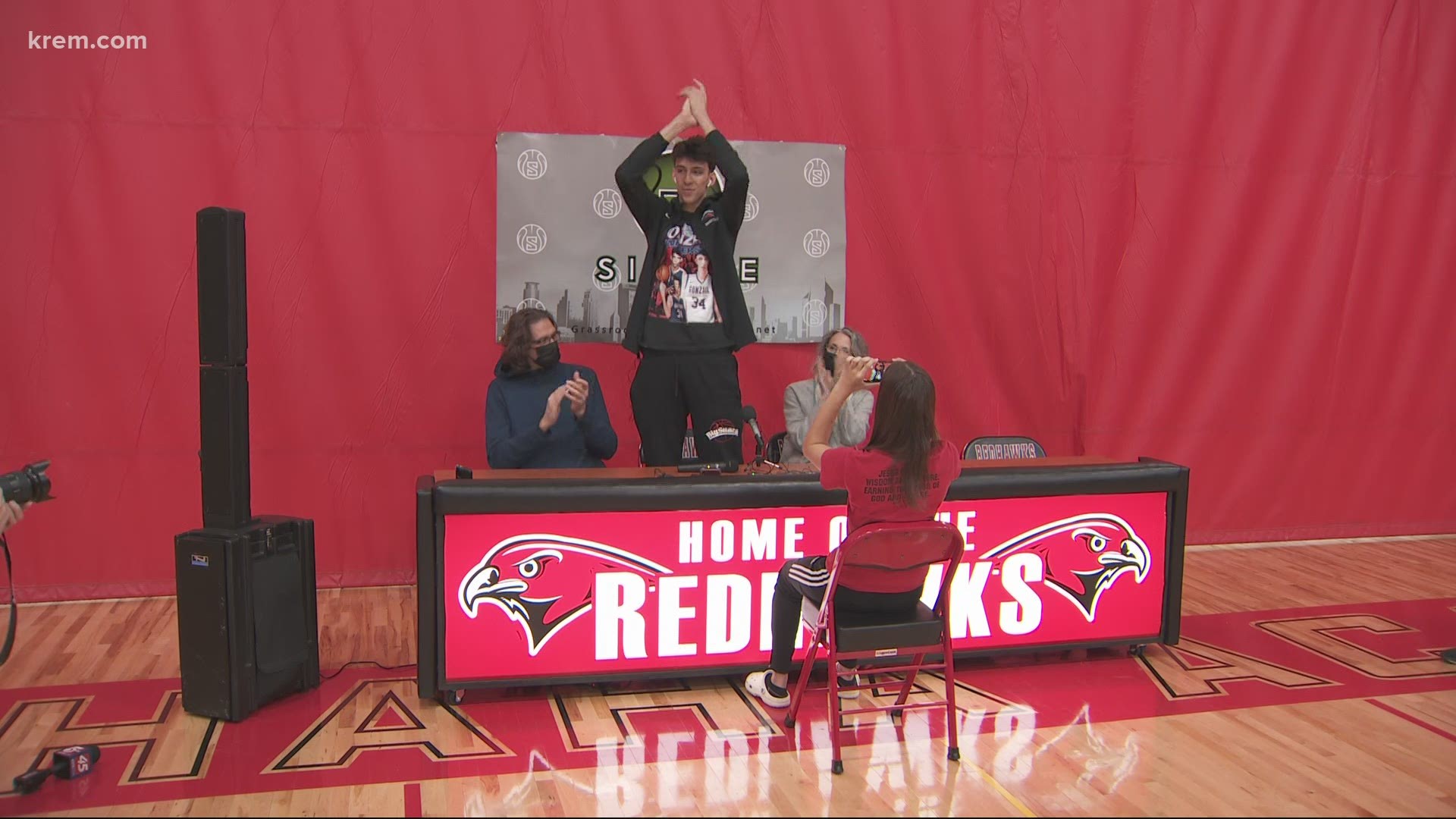 MINNEAPOLIS — Chet Holmgren, the top ranked recruit in the 2021 class, announced on Monday that he is committing to Gonzaga men's basketball. He is the highest ranked commit in program history.

Holmgren has won several national high school player of the year awards this season. The 7-foot forward has an all-rounded game with inside scoring, outside scoring, strong rim protection and guard skills.

He averaged 20.8 points, 12.6 rebounds, 4.7 blocks and 4.5 assists per game this past season. He led Minnehaha High School, which is Jalen Suggs' alma mater, to a fourth straight Minnesota Class AAA state championship.

“There were a lot of different factors. How close I am with Jalen and him going there definitely…played a part in it," Holmgren said on Monday about his commitment to Gonzaga.

Holmgren also unveiled a special shirt on Monday to celebrate the announcement. He chose Gonzaga over six other schools, which included Georgetown, Memphis, Michigan, Minnesota, North Carolina and Ohio State. Suggs was also in attendance when Holmgren made the announcement.

The forward will likely be a one-and-done type basketball player, much like his former high school teammate and Zag Suggs will be.

With his commitment, Gonzaga now has two of the top six recruits in the 2021 class. Hunter Sallis, a five star guard, signed his National Letter of Intent with the Bulldogs. He was ranked sixth overall in the 2021 class by 247 Sports.