A man of many hats: Explaining and exploring Nick Rolovich's hat collection

Nick Rolovich's hats have become one of his trademarks. We wanted to know more about his favorite accessory. 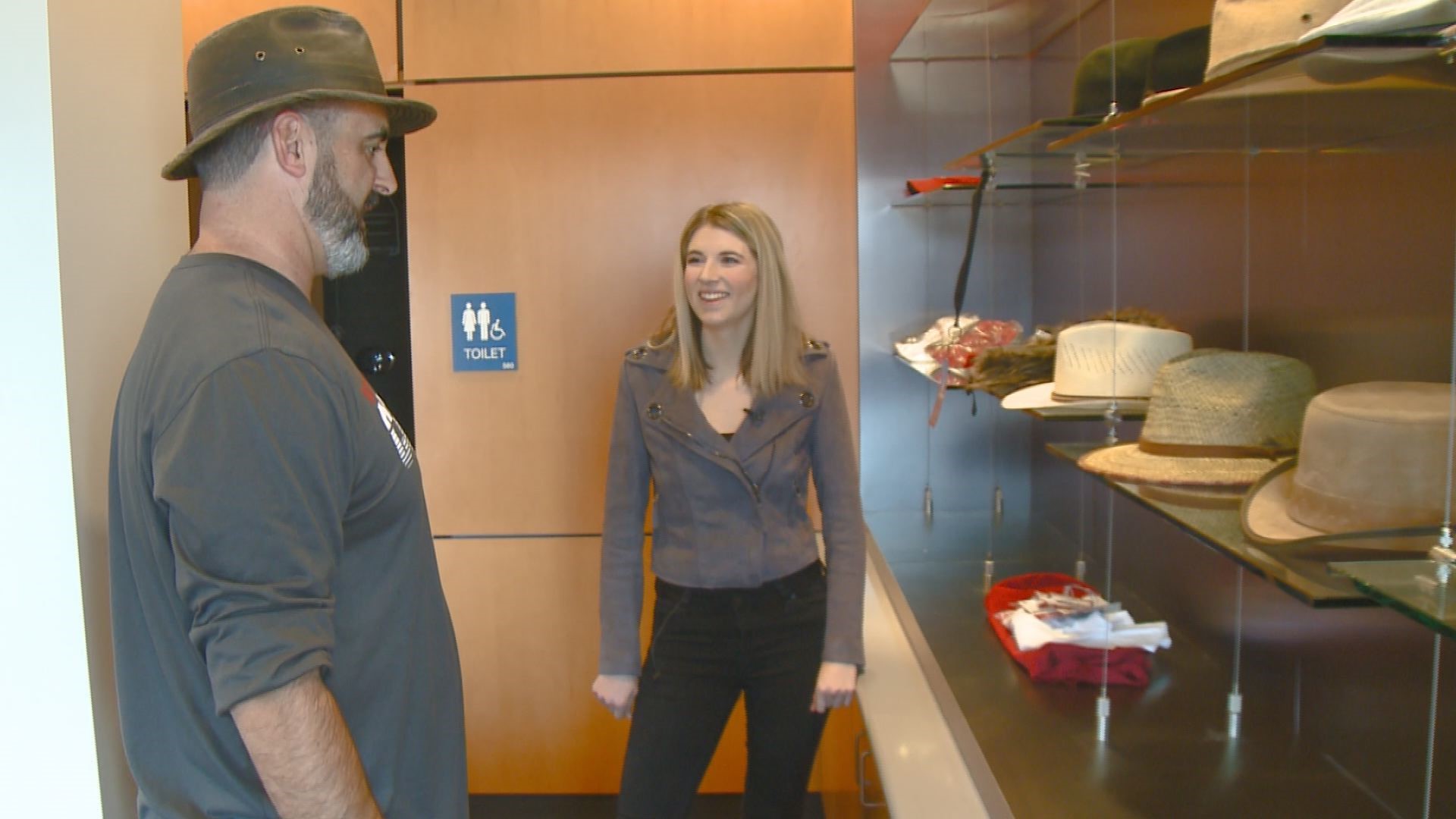 PULLMAN, Wash. — Nick Rolovich’s hat collection has become a thing of legend down on the Palouse.

His love for hats began at just seven or eight years old.

"I do remember my dad’s birthday party everyone had to bring a hat instead of a gift and then as we were growing up there’s all these fun hats around the house," said Rolovich. "I like costumes. I like having fun. It’s kind of half costume type deal I guess everyday."

There also is some functionality for his hat collection, that he says is about 15 hats strong.

"I like a big hat at practice. I don’t like sunscreen. I don’t like putting that on. I’d rather just cover up. I did all the interviews after practice on the field with the hat on, and I think it just became what people saw. It’s kind of taken a whole new level here since I got to Pullman, but I’m enjoying it."

It reached new heights a few weeks ago when Rolovich blocked someone on Twitter after they dealt out some hat hatred.

"My biggest question is why choose to hate on the hats?" I asked Rolovich.

"I don’t know. He said it was a stupid hat. I said, 'Alright, you can’t see any of the funny tweets anymore,'" Rolovich said with a laugh.

But enough hearing about the hats.

I thought let’s head down to Rolovich's office and find out more about the accessories that are currently doubling as decorations.

Watch the video above to see Rolovich talk more about specific hats in his collection.