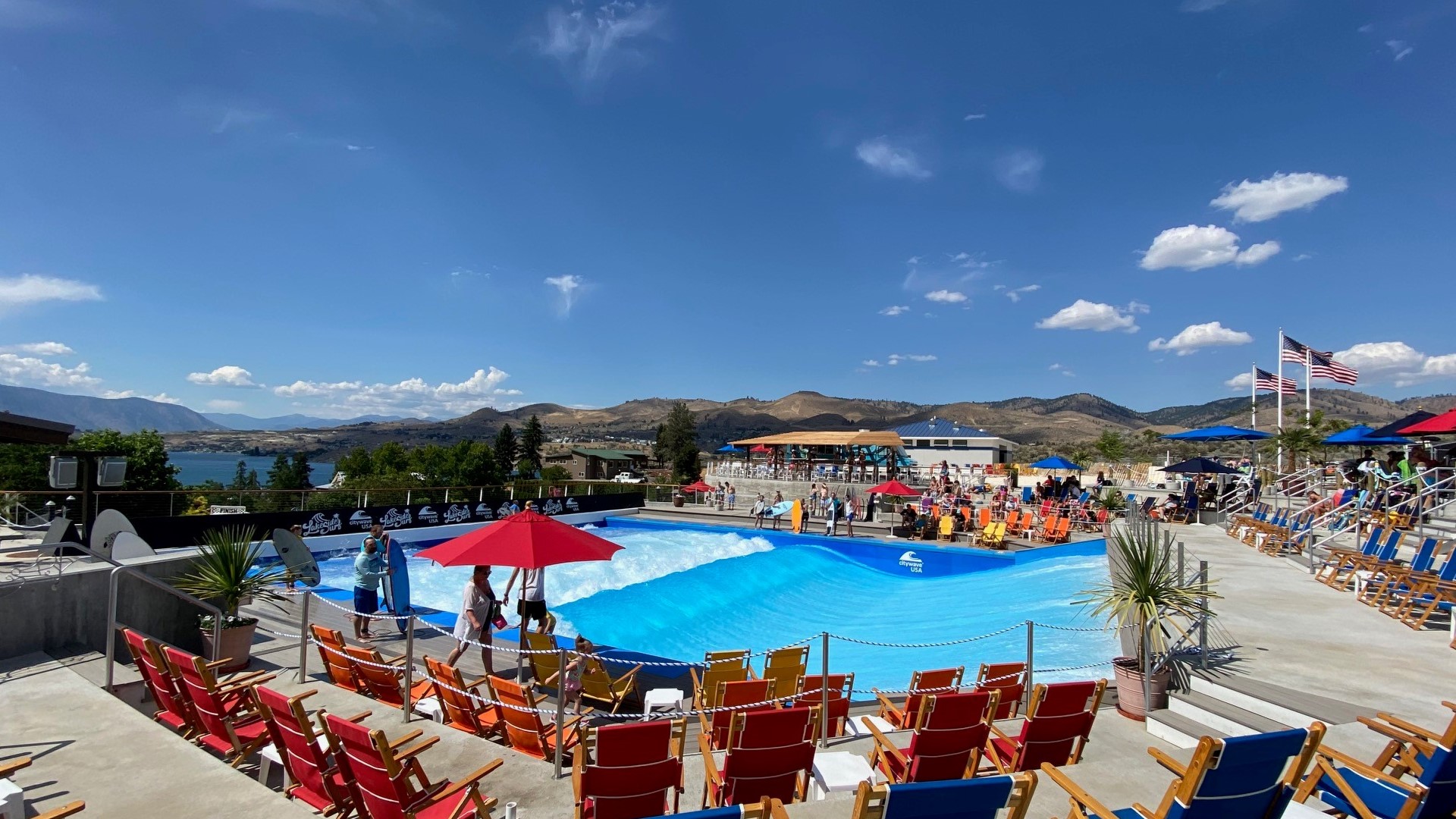 CHELAN, Wash. — No ocean? No problem.

Right now the biggest manmade surf wave in the world is at Lake Chelan.

“We have the largest and the greatest river wave in the world. Behind me is Citywave USA it's 16 meters wide, we can move up to 750 thousand gallons of water a minute, it has great water pressure for surfers of all levels,” said Lakeside Surf’s co-owner Rob Bordner. "This is the largest in the world by width."

Lakeside Surf opened May 1, 2021 and the big wave is already getting big love from pro surfers like pipeline legend Gerry Lopez, who visited form Bend.

“Gerry Lopez called it the most consistent wave in the world, so we're pretty proud of that, and it's something that everybody comes and loves,” said Bordner. The width that makes the wave the biggest also gives riders more space for carving and tricks.

But you don't have to a pro to ride this wave:

As of this writing, sessions are 35 dollars - and last about 45 minutes.

They include a board and coaching.

Surfers must be at least 10 years old, four feet tall, and able to swim.

The surf wave is part of Slidewaters Water Park if a lazy river is more your style.

There are even white sand beaches if lounging in the sun all you really want to do.

“Oh yeah, you got the feel, and the view, the whole feel and the vibe is just beachy and just relaxed, enjoy yourself,” said Burke Bordner, Lakeside Surf’s co-owner, who also constructed the massive wave. He said they added the wave from CityWave USA to attract teens, who generally lose interest in water parks at around 14.

Lakeside Surf has plenty for everyone: A truck serving Baja fish tacos with a view, a surf bar sells both soda and beer, and another hut serves coffee and smoothies. Plus, anyone can come, sit in the spectator’s section, and watch the action for free. It’s addictive, whether you’re watching, or riding.

Coach Austin Fernand moved here from Boise, and lives in his van so that he can work here and enjoy his own Eastern Washington version of ‘Endless Summer’.

“You’re surfing at Lake Chelan, it doesn’t get any better than that!” said Fernand.