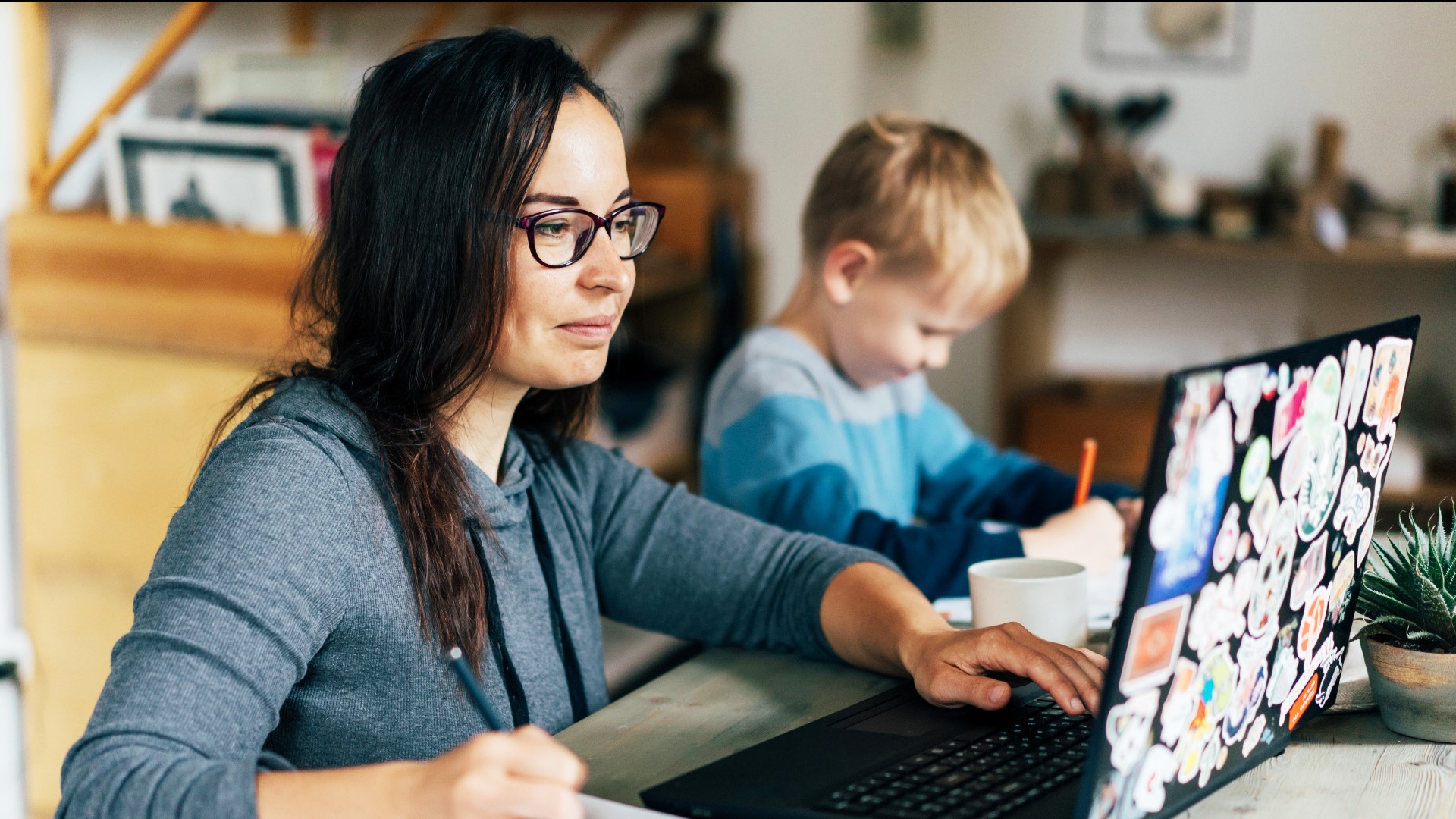 Crystal Allenton unexpectedly found herself a single mother of three children under the age of 5 after escaping a relationship torn asunder by domestic violence. Food insecure and constantly on the brink of homelessness, Allenton’s response to this new situation was perhaps just as unexpected: At the age of 28, she went to college.

“I had spent my young 20s overseas working with orphans and working toward international community development, so I didn't go to college right out of high school," she explained. “So I took the college entrance exam and I started out of the local community college.”

After a year, she transferred to WGU Washington, an online university that dedicates itself to transforming “higher education by creating new opportunities for working adults.”

But for Allenton, the challenges kept coming – her mom was diagnosed with and succumbed to cancer; long-term housing was still out of reach, and she and her kids were technically homeless for short stretches.

“I have to tell you, those moments when I didn't know where we were going to live and if the food bank was going to be open and (wondering) if I was going to be able to emotionally support my own kids and deal with everything that was going on with my mom,” she said. “It's been quite a ride for sure.”

“I'm just really thankful to be where we are now,” she said. “It's a pretty wonderful opportunity but, the path to get here definitely was not easy.”

But it's a path that WGU is interested in helping students navigate.

“Crystal’s story just proves that you can leverage higher education to reach your goals,” said Cory Edwards, director of WGU’s Northwest Region. “I hope that people see that they can do it too. It will take commitment and hard work, and Crystal mentioned that, but that's exactly the type of student WGU was designed for.”

WGU was at the forefront of distance education, long before COVID-19 made it the default setting for so many students.

“What we do at WGU is we provide that accessibility,” Edwards said. “When we were stood up in the late 90s, online education was the cornerstone, which Crystal mentioned that that was a big reason why she was able to do it.

“Whether right or wrong, in our society, a degree is the standard in today's workplace that most employers use to grant access to professional jobs. We're for a student who may not fit in a traditional university.”

To learn more about the programs offered by WGU, visit their website.

Sponsored by WGU Washington as part of A New U: Inspiration for Pivoting to the New Economy. Segment Producer Derek Haas. Watch New Day Northwest 11 AM weekdays on KING 5 and streaming live on KING5.com. Contact New Day.