The neighborhood is closer than you may think to the new arena — and features a vast array of food and drink. Sponsored by South Lake Union Chamber of Commerce. 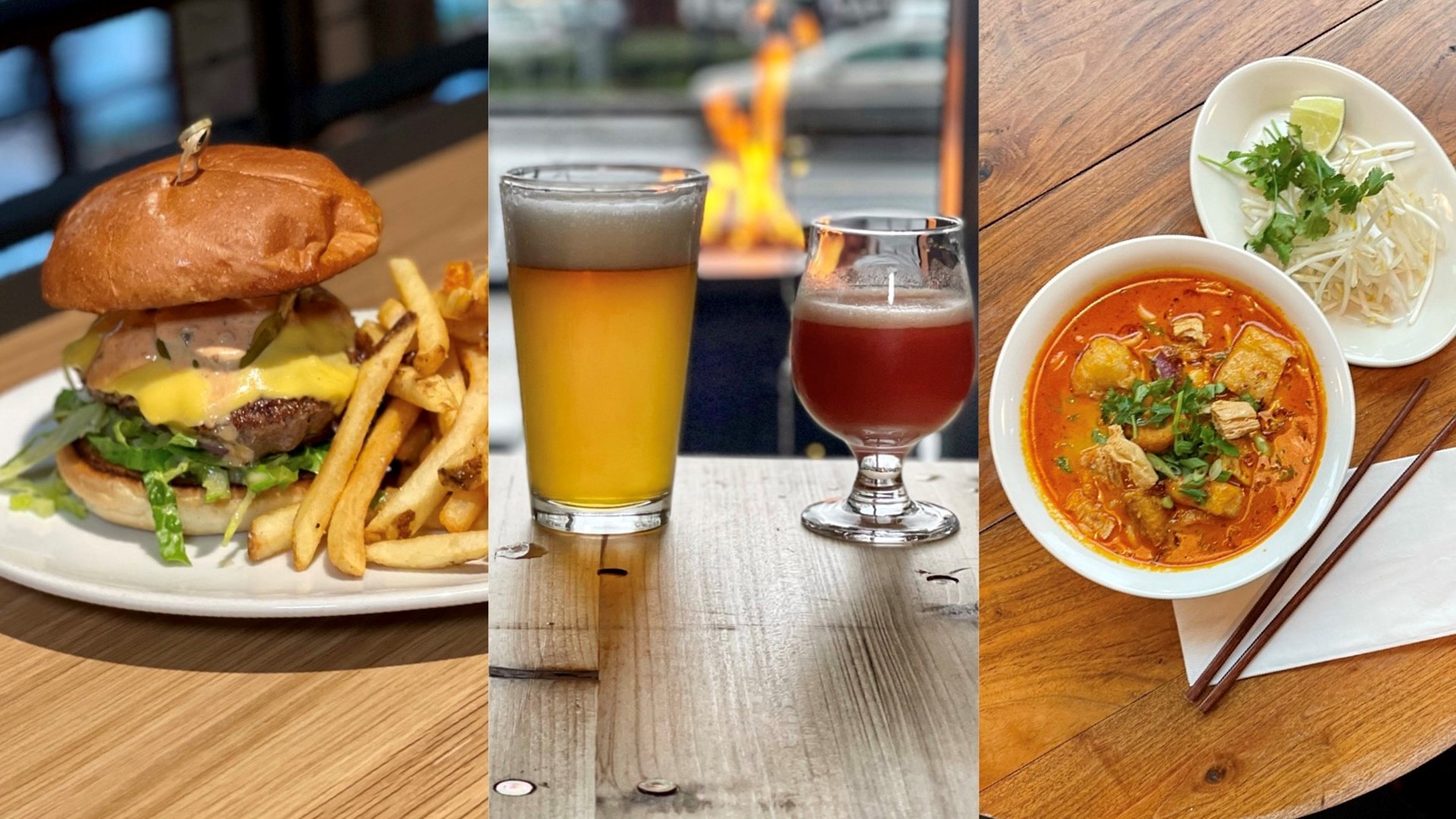 SEATTLE — Across the street from the Amazon spheres, you'll find one of South Lake Union's newest hot spots.

"This place is called Victor Tavern and we're down on 6th Avenue," said owner Ethan Stowell. "We wanted this place to be a place where people could go for lunch or for dinner and have it really approachable and ideally you would go watch the game or hang out with friends."

Stowell has built a loyal following for his comforting food. And his menu at the Victor Tavern continues that trend.

"Here we got some snacks, some big salads, burgers," said Stowell. "Our most popular one is called The Victory after the Victor Tavern. It's your classic smash burger, it's got secret sauce, lettuce tomato, and onion."

Though the word 'tavern' is in their name, the place offers up much more than just beer and wine to drink.

"The Roman Punch that's super good. It's rum, cognac, little grenadine in there."

Looking for a place with some international fare? South Lake Union has a place for that too.

"You're at Ba Bar South Lake Union. It's a Vietnamese restaurant celebrating street food style," said owner Eric Banh. "Our goal is to give folks really good, authentic flavor that I grew up with. These are the foods you can find on the streets in Saigon or even throughout Hanoi."

Ba Bar has long served up some of the best Vietnamese food in Seattle. But they just started a spin-off for those who want their food, minus the meat.

"We have a new venture it's called Ba Bar Green. And this is a gift exclusively to vegetarians. 100 percent plant-based."

Their exciting bar menu has several drinks to choose from, including their take on an Old Fashion they call a Pho Fashion.

"We use pho beef fat and infuse it with whiskey. The fat gives it a richness, so it balances it. It's very unique, creative, and delicious."

Our last stop has been a South Lake Union hit ever since they opened this past summer.

"This is called Tapster, and it's the first all self-serve beer wine, non-alcohol, cider, anything you can imagine on tap," said owner Roman Maliszewski. “You come in and give us a debt or credit card. We give you one of our tap cards. And when you get this tap card this gives you access to all of our taps."

"People really like the idea of being able to sample stuff versus having to buy a whole drink of something. And we try to put things on tap that are interesting and different, maybe even weird."

Tapster currently has 57 beverages on tap, from imported to local favorites.

"The Heathen is the brewery and it's called Smooth Criminal. And it's a smoothie sour. The Kraken is obviously really popular right now. Delirium is a brewery out of Belgium and Red is one of their newest concoctions. It's technically a fruit beer, but it's 8% (alcohol) so it's really strong."

So whether you're looking for a spot before or after a night at Climate Pledge Arena, South Lake Union has lots of options for those looking for a place to go play.

South Lake Union also has lots of free parking too. There are 10 garages throughout the neighborhood that offer free parking after 4 p.m. and on weekends. 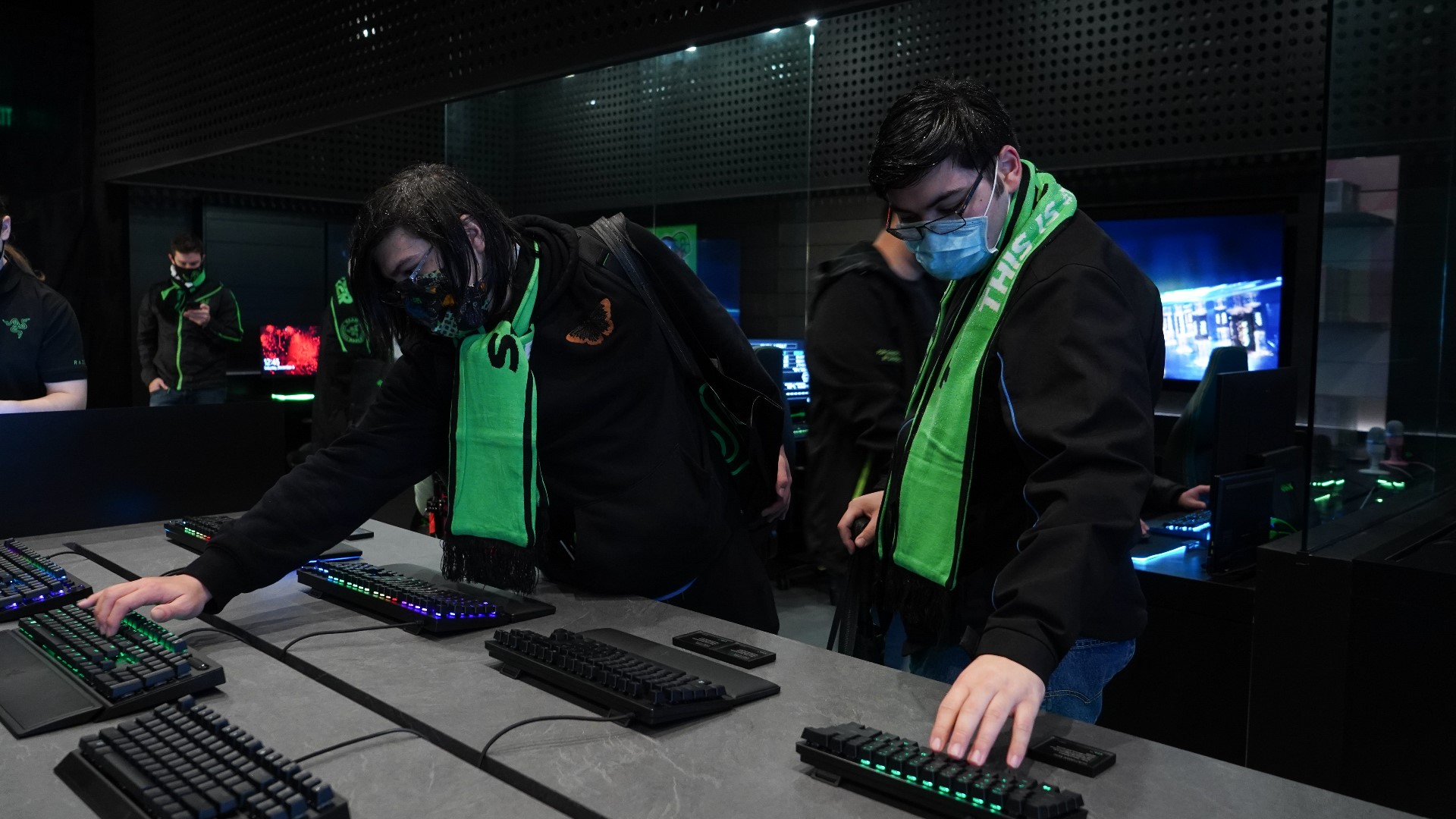