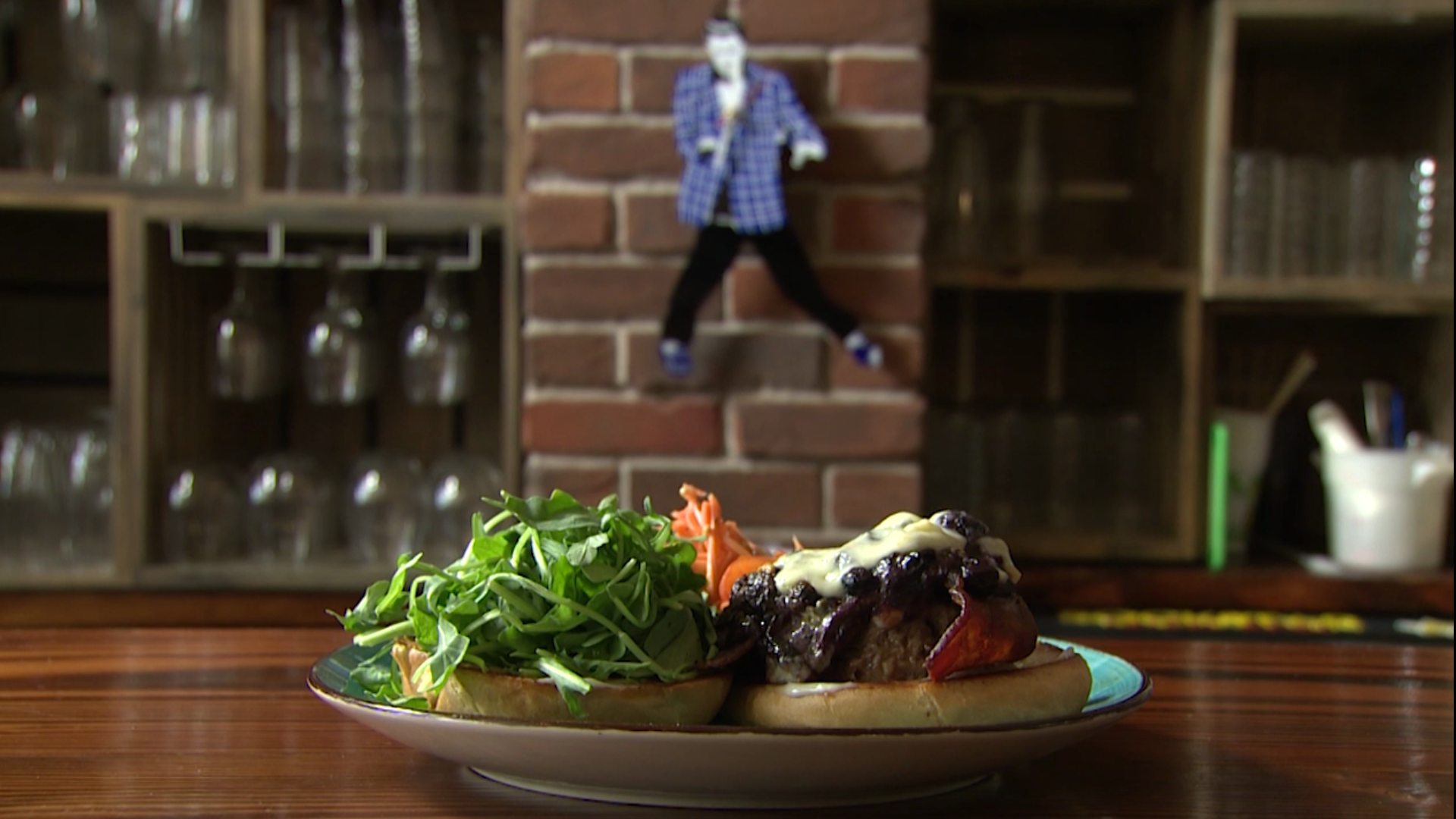 BELLINGHAM, Wash. — Everyday farm to table with a side of Elvis Presley. That's what you'll find when you step into Cosmos Bistro in Bellingham. The extensive Elvis collection can be blamed on chef and owner Cinnamon Berg's lifelong obsession with the King. She’s even got a velvet Elvis, and a cookbook of his favorite recipes. But a restaurant doesn't get this popular based on Elvis alone.

"We've been here for a little over seven years - we do Americana comfort food,” said Berg, who sources her ingredients from Bellingham area farmers.

“I've always really tried to utilize whatever's in season and whatever is locally available,” she said. She received a delivery from Ebb and Flow Farms when we were there and immediately began improvising a menu based on the fresh, locally grown inspiration in the box. She pulled out a handful of beets and explained how she’ll roast them and put the greens to use as well:

"We'll use these to put into the salad because they're so beautiful and fresh,” it’s part of Cosmos Bistro’s ethos – to not let things go to waste and tread lightly on the planet."

It's also actually how people used to do old-fashioned home cooking —innovating with whatever the day or the farmer brings. “They'll just call me and say hey I have too many tomatoes right now can you take them I need to get rid of them, and I’m like, great bring them on over! I'll make some salsa!”

Cinnamon's daughters Astrid and Zara help in the restaurant – they grew up eating like this.

“Yeah all of our friends were very jealous, they always wanted to come over to our house because we would eat real food,” said Astrid.

Cosmos Bistro’s most popular plates are perfect with a flight of mimosas: "We do a lot of brunch- people love our brunch,” said Cinnamon. There’s the Pork Adobo Benedict with a spicy sambal hollandaise that her father used to make. The 3B Burger has bacon, bleu cheese, and blueberries. And for maximum farm to table freshness, try the Vegetation Nation. “Lots and lots of veggies just in a big pile with eggs on top and herbed chèvre,” said Cinnamon. The restaurant also bakes all of its own goodies, from cookies to fig/brie twists.

And the reason for the restaurant's name? It's a good one!

“I wanted to feed the world and beyond and who doesn't love Carl Sagan?” Cinnamon smiled.

Farm to table for everyone in the cosmos is what this place does.
But the t-shirts Cinnamon’s daughters wear truly sum up why they do it – on the front, they simply say Cosmos Bistro. On the back, they say “Kickass food for kickass people.”

September is Eat Local Month in Bellingham, with events throughout the month, including special restaurant deals and prizes. To find out more, visit Bellingham.org/savor.