Give bugs and slugs the boot without using poisons. Sponsored by Dramm 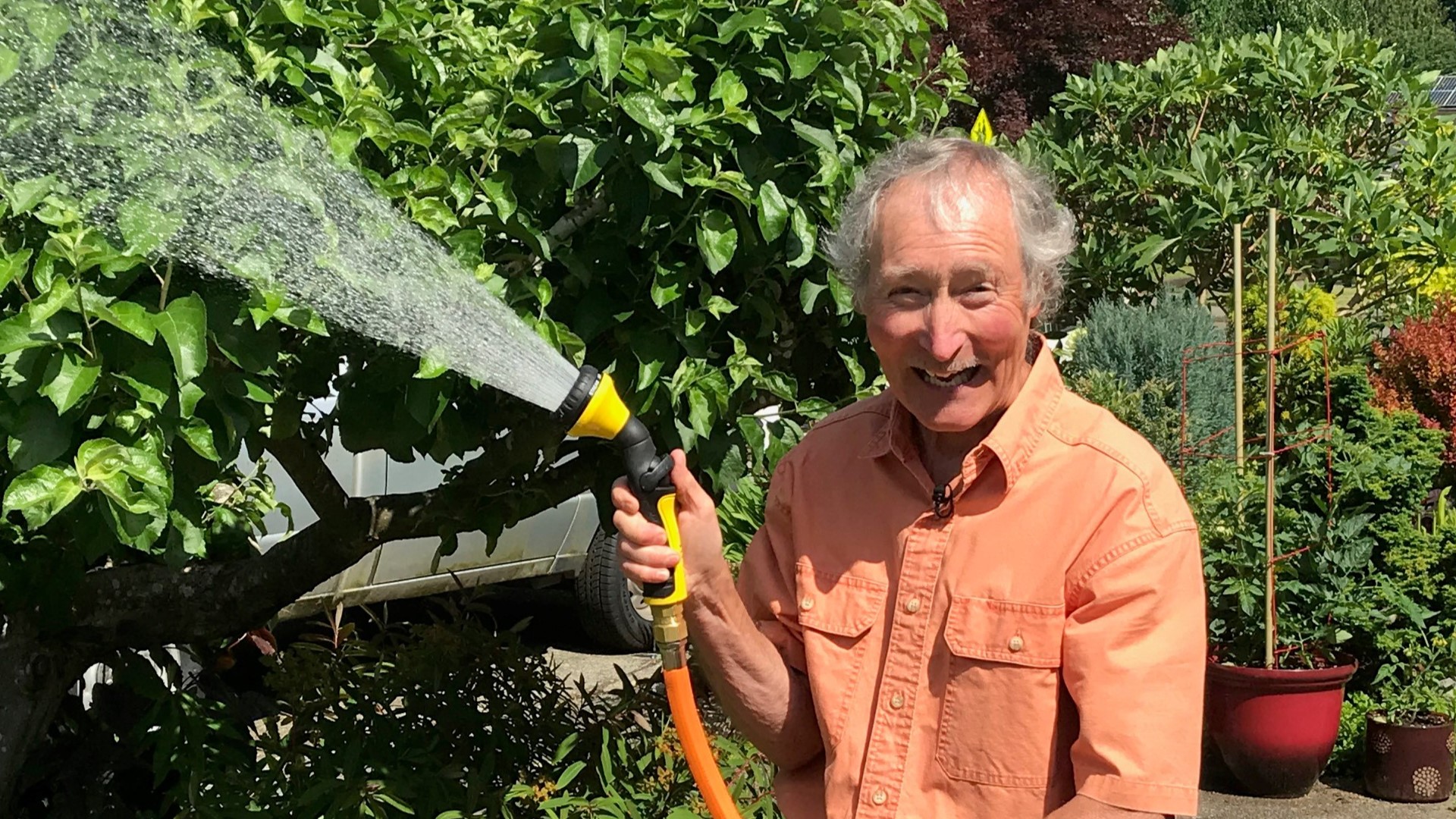 SEATTLE — "Spring is a great time for gardening but it's also a great time for bugs," said Ciscoe Morris, PNW Gardening Guru. "I've been out looking at my roses, there's a family reunion going on here, there's more aphids on it than there are flower buds! Alright, you guys, you're gonna get it."

But Ciscoe isn't taking up pesticides as arms to take on his gardening foes. Instead, he's using water. "The trick with this is you want to put it on 'Shower'. This has two settings, Stream and Shower, if you use Stream you're gonna blow the whole rose out into the road," he said.

He drenched the aphids with water from the nozzle (a One Touch Shower and Stream from Dramm, sponsor of this segment) and said to repeat that treatment once every three days, for a total of three times, and aphids will be washed away. He also suggests using his patented El Kibotsky method (aka squishing bugs between your thumb and forefinger) if you don't mind 'aphid marmalade' on your fingers. "Just don't shake hands with anyone after".

KING 5 Evening's Jim Dever had something eating his plants and strawberries, Ciscoe said he thought it could be slugs - there are tiny ones from Eurasia that do that type of damage. Ciscoe recommends using Sluggo.

"This stuff is actually pretty safe, the woman selling it at the Flower and Garden show was actually eating it all day long to show how safe it is - I haven't seen her since then but anyway, the trick to using it is to do a little, often. Don't put a ton of it in there, but do it often because it breaks down fast," said Ciscoe. Fair warning, dogs have been known to eat Sluggo sometimes. It won't harm them.

Finally, for protecting strawberries, Ciscoe suggested a low barrier topped with three inches of shiny copper tape. "So one of the best weapons against slugs and snails is copper foil, you buy this at nurseries, copper tape, and it has to be three inches wide.  When slugs and snails try to cross copper, it generates this unbelievable amount of static electricity, and gives them a shock. it doesn't kill 'em, but they fall off and they never try to cross it again! And I love the look in their beady little eyes when they get the shock!"