James Allsup, the now former WSU College Republicans president, had traveled to Virginia for the event and was a speaker. 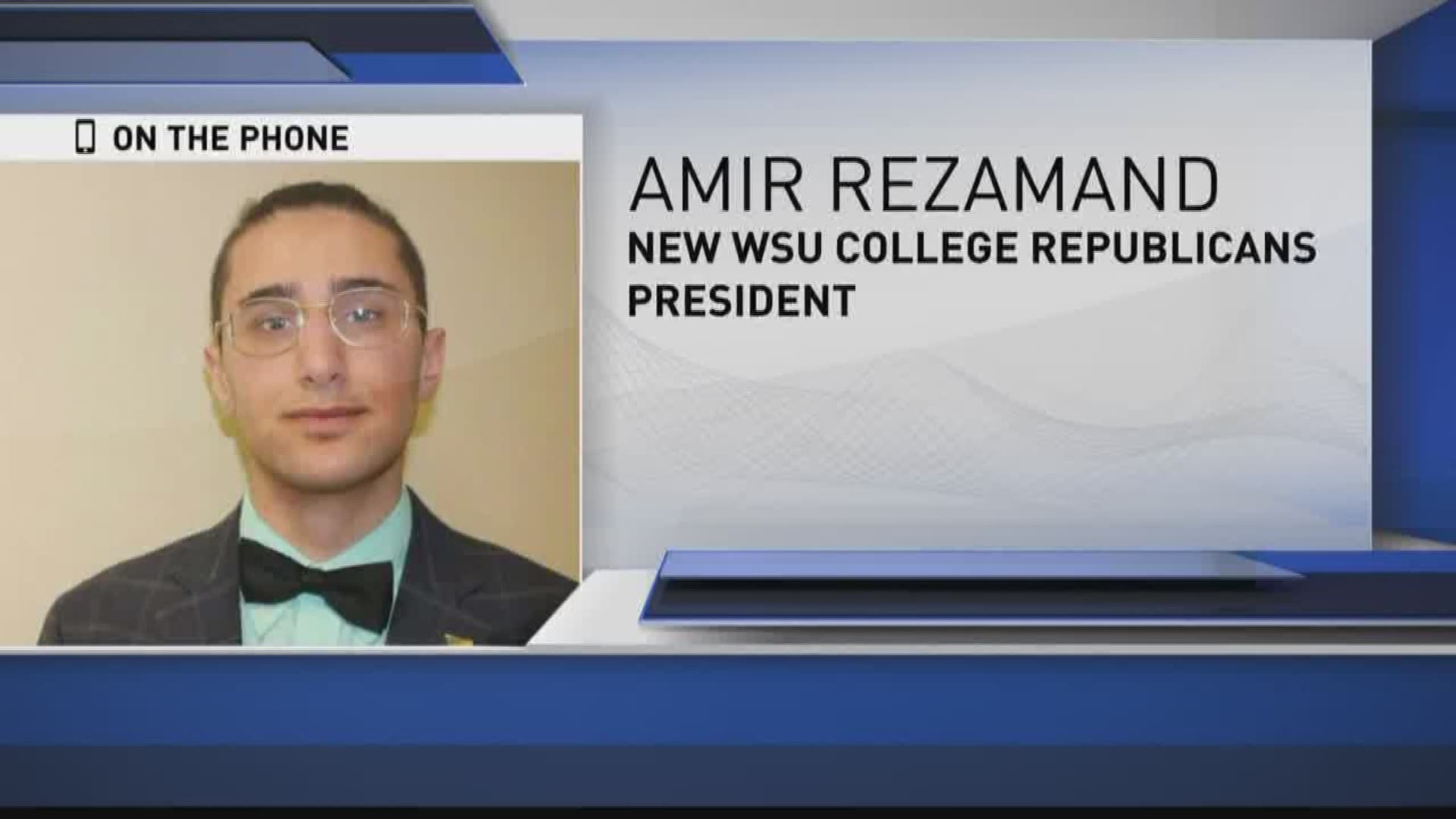 SPOKANE, Wash. – The president of Washington State University’s College Republicans chapter resigned Monday, after attending the “Unite the Right” rally that turned violent in Charlottesville over the weekend.

James Allsup, the now former WSU College Republicans president, had traveled to Virginia for the event and was a speaker.

“Advocates for white nationalism, racial supremacy of any kind, and terrorism have no home in the Republican Party or anywhere else in America,” wrote Chandler Thornton, the CRNC national chairman.

“The National Executive Board for the College Republican National Committee calls on leaders in our organization who may support or condone these events to resign immediately," Thorton wrote.

Monday, Allsup tweeted he had planned to "expedite the presidential transition process which was already in the works."

He claimed it had been planned since before he traveled to Charlottesville.

"WSU CRs [College Republicans] had no involvement in #UniteTheRight and they as a group should not be held accountable for any individual's alleged actions," Allsup wrote on Twitter Monday.

WSU CRs had no involvement in #UniteTheRight and they as a group should not be held accountable for any individual's alleged actions.

The Twitter account, "Yes, You are Racist" has been using the hashtag, #ExposeTheAltRight to identify individuals who attended the rally. The account named Allsup as one of them.

"They have no proof that I'm a racist," Allsup said on Sunday. "They are slandering me and that I'm racist without evidence because I talk about history and I talk about American politics."

Allsup has made headlines before, once for being hit in the head at the "DeploraBall" at President Donald Trump's inaguration, and confirmed he was a speaker at a June 25 "Free Speech Rally" in Washington D.C.

Allsup was also the man behind the symbolic wall built on WSU's campus last fall meant to show support for then-candidate Trump.

WSU President, Kirk Schulz took to Twitter on Sunday to denounce racism and Nazism of any kind.

"Hate has no place at WSU," he wrote.

Many viewers reached out to KREM 2 about an apparent live stream from Allsup on his YouTube channel from Charlottesville. It appears as though the original video has been deleted , but a version of it appears to exist here.

Allsup is now threatening to sue Washington State Republican Party Chairman, Susan Hitchinson over comments against Allsup and his removal from the college Republican group.

KREM 2 has reached out to Allsup for comment, but has not yet heard back. His phone appears to have been disconnected.

This just in: James Allsup has resigned from role as President of College Republicans at WSU. VP Amir Rezamand is now President. @KREM2 pic.twitter.com/naa2t6HKUo