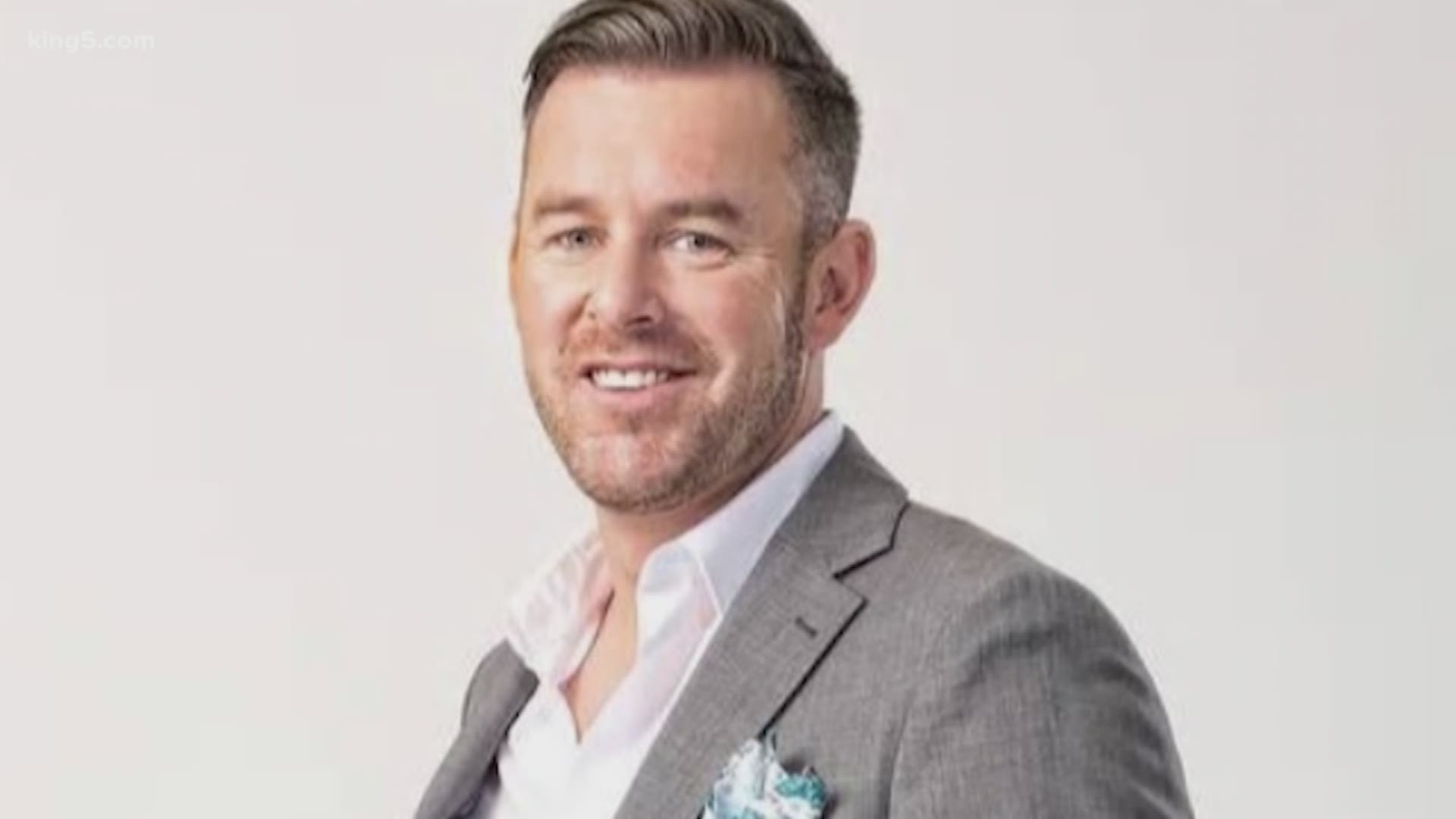 It was a phone call that stopped Candy Casady in her tracks.

"I actually had to sit down in the middle of the store, I had to sit down, my breath was taken away, I couldn't believe it," she said Tuesday, about that call she received from across the Pacific Ocean.

It was the answer to a question that had been in the back in her mind for more than a decade.

"10 years later, I've always been looking over a shoulder, wondering if he's there," said the Bellevue real estate broker.

The man she's referring to is Chris Mansfield.

"Everyone knew him as Kiwi Chris," she said, recalling the first time they met at a South Lake Union bar. "I was immediately captivated by him, he looked at me, and I looked at him, and it was very magnetic."

She was 21. He was the rugby player with a foreign accent. She recalls how they quickly moved in together at an Eastlake apartment, and everything seemed fine at first.

Then, she said, he came back from a bar intoxicated.

"He was upset that I didn't do the dishes properly," she recalled. "(He) grabbed my neck, shoved it towards the sink and said 'You need to do this, this is what the women do.'"

Casady said the abuse continued on multiple occasions. It was a cycle of abuse, she said, broken by a stranger at a Montlake gas station.

Casady said Mansfield, in a fit of rage, reached through her car window and banged her head against it. That stranger called police and Mansfield was arrested.

He was jailed and charged with misdemeanor domestic violence. He sent Casady love letters, then never showed up to his court date.

To this day, there is a warrant in King County for Mansfield's arrest.

Casady went through a healing process. She moved, got married, and started a family. Yet, she wasn't prepared for the call that came while she was out back-to-school shopping.

A New Zealand reporter called to tell her Mansfield had popped up again.

The reporter informed her that Mansfield had been cast in a popular New Zealand show called "Married at First Sight," where men and women are paired up and get married by the end of the season. Mansfield was one of the eligible bachelors in the cast.

"I couldn't believe that someone would be cast like that, to be married off to someone, who had no idea of his background," Casady said.

Other women shared similar stories of survival after encounters with Mansfield in Seattle.

Former Seattle resident Kim Jones told KING 5 she fled the area in 2008 after a series of assaults by Mansfield. She said, "I feared for my life."

A longtime and well-respected King County Sheriff's deputy said his daughter was also assaulted by Mansfield, but never pressed charges. During a phone conversation, the deputy called Mansfield a "monster, womanizer, and abuser."

Complaints led the reality show MAFS, as "Married at First Sight" is called in New Zealand, to pull the plug on Mansfield's appearance. A New Zealand publication reports Mansfield was kicked off for 'volatile, aggressive' behavior.

Mediaworks New Zealand told local news outlets that it cut Mansfield's story line in the reality show, and that the company had no idea of his past transgressions when he was cast. See below for the full statement from MediaWorks New Zealand.

Aimee Collins, who he allegedly married during the course of filming, said producers put her 'life in direct danger.'

Mansfield did not respond to a request for comment.

Casady said she is sharing her story now to alert other women around Seattle, and back in New Zealand, of Mansfield's whereabouts.

"We feel like it's important to reach out to other women in the Seattle area who have fled, or have had contact with Chris," said Casady, who has connected with other women via social media. "It's a survivor sisterhood."

While it's unlikely that Mansfield will face extradition for the misdemeanor, or justice for his alleged crimes, Casady said there is some relief that karma finally caught up with him.

"Massive peace of mind," she said. "There is hope and immense healing on the other side, if you choose it for yourself."

A spokesperson for MediaWorks New Zealand shared the following statement with KING 5 about Chris Mansfield:

We were shocked to hear of the accusations made against Chris Mansfield which we looked into immediately upon learning of them. At this time Chris had already left the experiment and was not required for any further production commitments.

Prior to commencing filming, every participant is subject to a New Zealand criminal record check, participates in a psychiatric assessment and must have been deemed by a professional psychologist to be fit to participate in the format. All our participants are required to confirm that they have no undisclosed convictions of any kind and have never been investigated by the police for any criminal activity but not then convicted.

Under privacy law it is not possible to obtain information about any charges or outstanding warrants (international or otherwise) an individual may face.

Chris Mansfield did not disclose these allegations at any time and in light of the accusations that have been made against him, his storyline will no longer be part of the Married at First Sight 2019 series.

All of the participants in the show will continue to be offered the support of a professional therapist.

We can confirm that Chris Mansfield was asked to leave the Married at First Sight NZ experiment as he was found to be in breach of his contract with Warner Brothers New Zealand. This was prior to the allegations surfacing and unrelated to his relationship with Aimee Collins.