What we're learning about who was arrested in Seattle this weekend

Many peaceful protests demanding justice for George Floyd took place throughout the city, but acts of violence in downtown Seattle led police to make arrests. 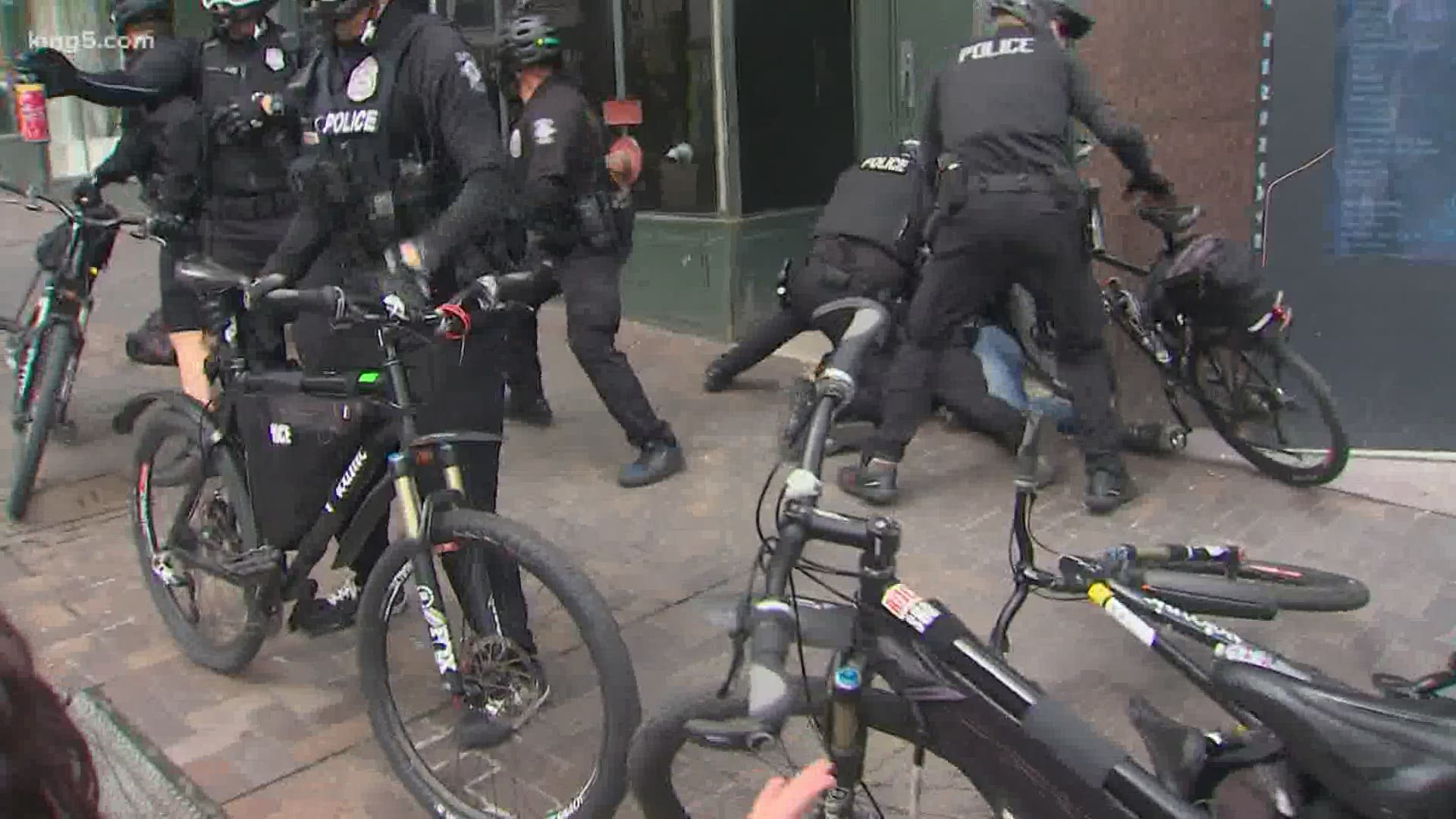 SEATTLE — Many of those arrested in Seattle during the weekend unrest made their first appearance before a judge Tuesday morning.

The hearing was originally scheduled Monday, but delayed a day by a threat and subsequent courthouse closure.

Many peaceful protests demanding justice for George Floyd and police accountability proceeded in the past few days, but acts of violence and destruction in downtown did lead to some arrests.

Officials have previously said they believe the violence to be the work of outside instigators.

Photographers were barred from showing the suspects' faces by the court.

Seattle Police previously said at least 55 people were arrested Saturday, when dozens of businesses and buildings in downtown were vandalized and looted.

A spreadsheet, updated June 1, provided to KING 5 by the Seattle Police Department shows 82 entries for arrests. One of those is a non-arrest – the theft of two AR-15s from an SPD car – suspect listed as unknown. Those rifles were recovered.

The listed charges are mainly assault on officers, obstruction and burglary.

Some of the information was incomplete, but it is what SPD is working off as it catalogs the weekend’s events, a spokesperson said. The department was not able to provide greater detail when asked about the blank spaces on the sheet.

Chief Carmen Best previously said investigators were having some difficulty identifying suspects who were arrested. She also said some were consistent with antifa, but was gathering more information.

The majority of people arrested appear to be from Washington – just 22 are not identified as in-state residents. Some of the IDs are attributed to public databases.

A significant share are listed as White as well – 32 according to the sheet, with eight indicated as Black. It is important to note more than 30 entries are either blank for race or unknown.

SPD said officers are not determining the race of those arrested but taking it either from IDs on them or if they self-identify.

A spokesperson noted the department has been getting a lot of pressure to release these figures.

About 12,000 complaints were filed over police response this weekend. The Office of Police Accountability is reviewing those and released the 10 most-reported incidents.

RELATED: Violent protests and looting in Seattle Saturday leads to at least 55 arrests